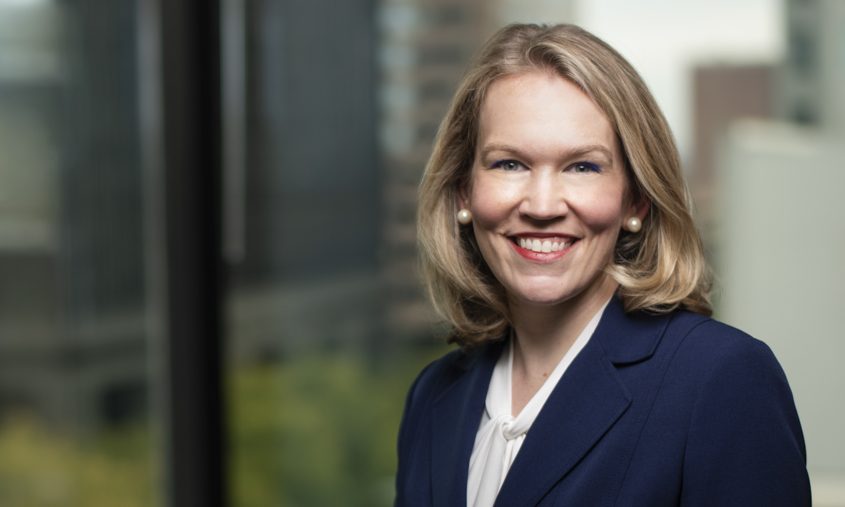 U.S. Senator Richard Shelby, R-Ala., today announced that Anna Manasco of Birmingham, Alabama, has been confirmed 71-21 by the full Senate to be a U.S. District Judge for the Northern District of Alabama.  Manasco was nominated for the federal judgeship by President Trump in February.  Following her nomination, she appeared before the Senate Judiciary Committee for consideration and was reported out of the committee with bipartisan support.

“Anna Manasco is immensely qualified to be a U.S. District Judge, and her confirmation by the Senate today is a victory for Alabama and the entire nation,” said Senator Shelby.  “Her extensive litigation experience, academic accomplishments, and strong commitment to upholding the rule of law as it is written make her the ideal candidate for this role.  I am confident she will serve honorably, exhibiting fairness and impartiality.”

Manasco is currently a partner at Bradley Arant Boult Cummings LLP in Birmingham, where her practice focuses on trial strategy and appeals in complex commercial litigation.  She earned her Bachelor of Arts, summa cum laude, from Emory University, her Master of Science and Doctorate of Philosophy from the University of Oxford, and her Juris Doctor from Yale Law School, where she served as executive editor of the Yale Law & Policy Review. Manasco has argued cases before the U.S. Supreme Court, numerous federal courts of appeals and the Supreme Court of the State of Alabama.  Before joining her current firm, Manasco served as a law clerk to Judge William H. Pryor, Jr. of the U.S. Court of Appeals for the Eleventh Circuit.

Historic obstruction by Democrats has occurred during this Administration’s attempt to confirm judges.  The previous six presidents combined faced a total of 24 procedural votes on judicial nominees while President Trump faced more than 100 during his first two years in office.  However, in April 2019, the Senate voted to reduce post-cloture debate time from 30 hours to two hours for certain executive and federal judicial nominations, including district court appointments, preventing further delay on confirming hundreds of qualified nominees.

In addition to Manasco’s confirmation, the U.S. Senate has confirmed ten of Alabama’s federal judicial nominees since August 2017.

Shelby has advocated for the selection of Redstone Arsenal for the U.S. Space Command headquarters.

Jeff Sessions has had a long career in politics and countless opportunities to demonstrate opposition to cruelty to animals. Yet, in 20 years in...