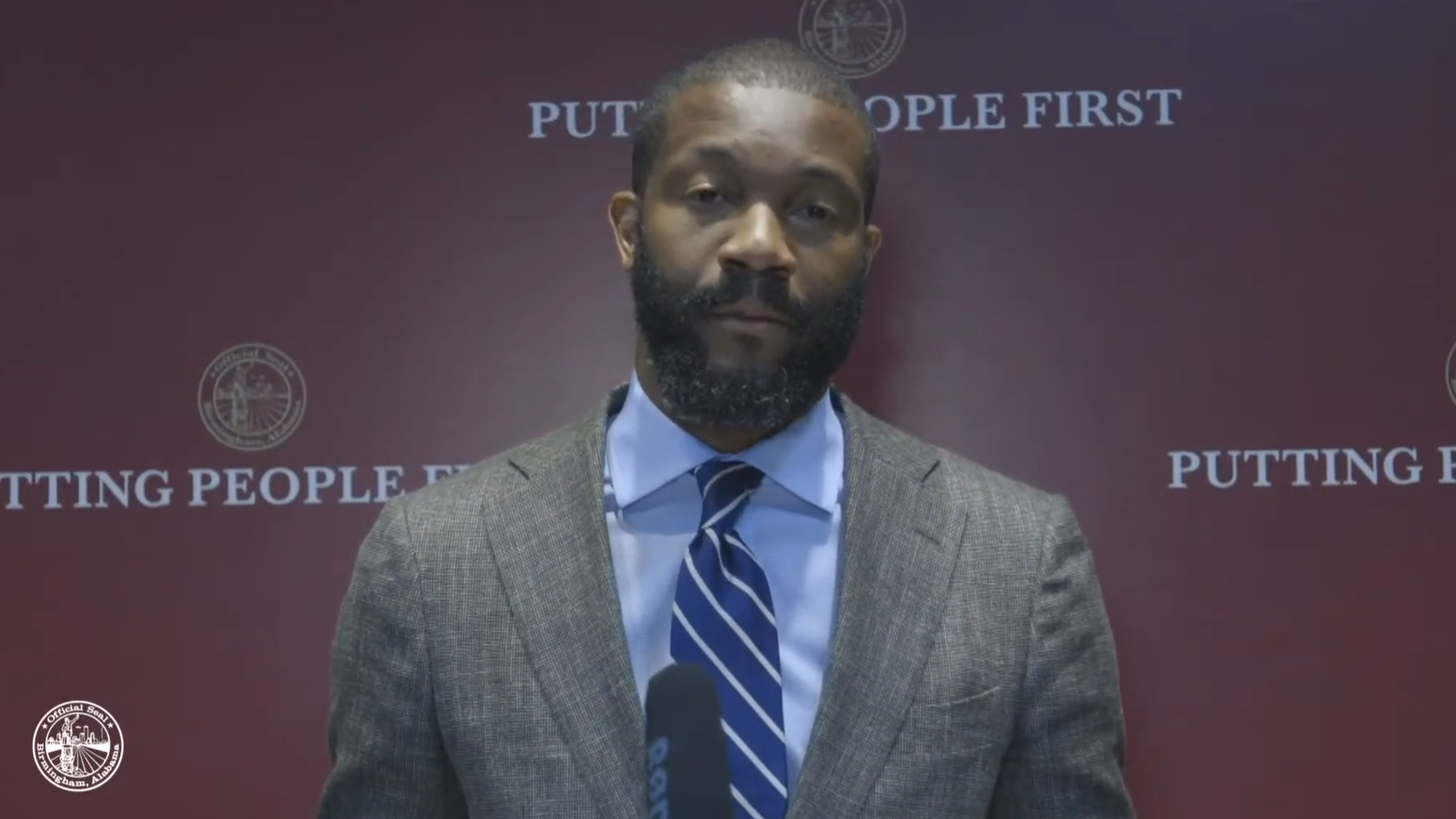 Birmingham will be under a city-wide curfew from 7 p.m. to 6 a.m. beginning Monday evening. Anyone not at home or at work during those hours could be arrested, Woodfin said. The curfew is to remain in effect indefinitely, as city officials monitor the situation, he said.

There were many protestors who worked with the city to conduct peaceful protests in recent days, Woodfin said, but there were also local looters and anarchists bent on causing chaos and damage late Sunday into early Monday.

“I want you to know that I 100 percent support civil disobedience. That is very different from civil unrest,” Woodfin said. “I support activism and your right to peacefully assemble. I don’t support mobs of people destroying things just because.”

Woodfin said because of the violence he’s called for a citywide curfew, and plans to have the Thomas Jefferson statue at the Jefferson County Courthouse, which was vandalized Monday morning, removed despite a state law that makes doing so illegal.

He’d rather pay that fine than see continued civil unrest connected to it, he said.

“That means no more parade or vigils. No more demonstrations,” Woodfin said of the citywide curfew.

Woodfin also asked that anyone with video evidence or knowledge about the attack of two journalists early Monday morning to turn that evidence in.

“You saw innocent people in the media get physically assaulted and did not do anything,” Woodfin said, and asked those who video the violence and looting to call Crime Stoppers at 205-254-7777 and arrange to turn in those videos.

“These two journalists deserve some form of being made whole, because what happened to them was not right. They didn’t deserve it,” Woodfin said

Birmingham Police Chief Patric Smith during the press conference said 14 businesses reported burglaries and 13 had extensive damage, and that those numbers are likely to increase as more reports come in. The department is reviewing video from the protests to identify those who committed the crimes, he said.

“This police department intends to follow up,” Smith said

“The Birmingham Police Department will be out in force. While we do not want to make arrest. I think you’ve placed us in a position to whereas we will,” Smith said.

There were also 22 fire calls, 5 of them at commercial buildings, three house fires and  multiple car and dumpster fires, Birmingham Fire Chief Cory Moon said. Twenty-four people were arrested in connection with the protests, Woodfin said.

“What happened last not will not define the city of Birmingham,” Woodfin said. “How we respond and move forward. How we embrace each other as one community. If we’re going to be for justice, let’s be for justice and let’s cut everything else out.”