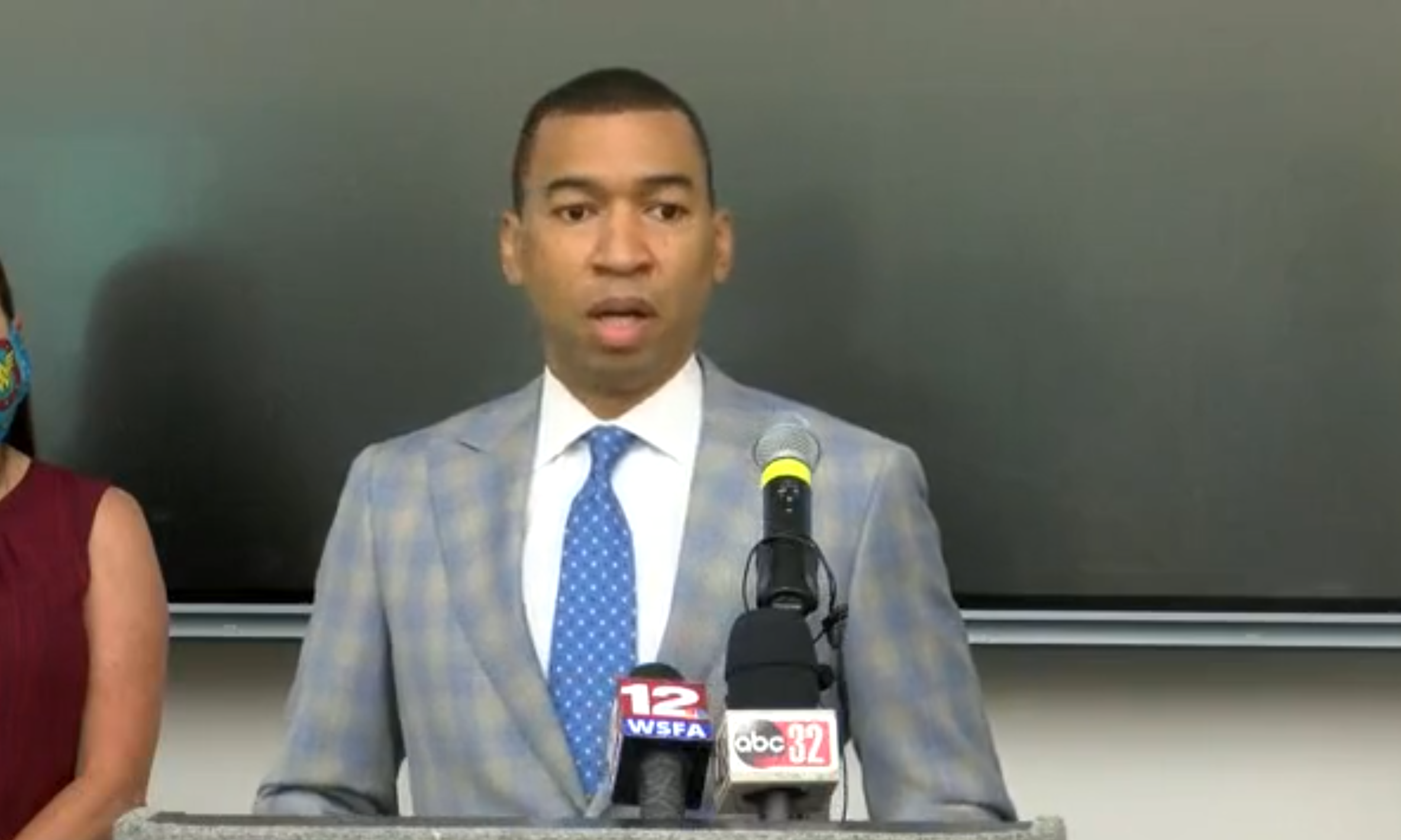 Montgomery Mayor Steven Reed at a Monday afternoon press conference asked the public to stay at home for the next few nights, if they can.

Reed’s words came after peaceful protests in Birmingham turned into a riot early Monday morning. Numerous businesses were burned, and two reporters were attacked. Protests were likely to begin Monday evening, according to accounts on social media.

“I want you to know that I share your outrage over the killing of George Floyd. I share your anger about the callus action that ended his life,” Reed said.

But Reed said “we must not further inflict damage upon ourselves and our community in a short-sighted effort to express our understandable frustration and anger.”

Reed asked that those who can do so “stay at home for the next few nights.”

Birmingham Mayor Randall Woodfin earlier on Monday declared a state of emergency and a city-wide curfew that begins today.

Moments before Reed spoke, President Donald Trump gave a speech at the White House and said he is an ally of all peaceful protestors and “your president of law and order.”

“But in recent days our nation has been gripped by professional anarchists violent mobs, arsonists, looters, criminals, rioters, antifa and others,” Trump said.

Trump said he was mobilizing the U.S. military to stop the rioting, and that he strongly recommended to governors that they “deploy the National Guard in sufficient numbers that we dominate the streets.”

If governors don’t get rioting under control, Trump said “I will deploy the United States military and quickly solve the problem for them.”

Just as Trump began speaking at the White House, police fired tear gas and advanced on a group of peaceful protestors at Lafeyette Park near the White House, according to video coverage by several news outlets.