As Alabama shut down its schools on March 16thand moved classes online in response to the COVID-19 pandemic, I was saddened but not surprised when many Gulf Shores students told me they didn’t have broadband at home needed for their coursework.

Having headed school systems in Piedmont, Huntsville and now in Gulf Shores’ first year as an independent district, I am passionate about closing the digital divide. At Gulf Shores, I gave 6ththrough 12th graders computers to take home early in this school year. Kindergarteners through fifth graders had assigned devices at school.  As we shuttered the schools, we ordered 100 mobile hotspots for our students to access the Internet.

But schools can’t – and shouldn’t have to – close opportunity gaps all by themselves. The crisis that has closed our schools has created a rare opportunity for national leaders to close the digital divide and homework gap through the next economic stimulus.

With schools closed, the digital divide looks more like a socioeconomic chasm. More than a quarter of Alabama’s population are not online at home. As a math teacher by training, I believe in using data to analyze problems like the digital divide, which comprises two challenges – adoption and availability.

Adoption is the greater problem – about 25 percentof American households with broadband access in their neighborhood haven’t even subscribed to it. The major barriers to adoption appear to be households not having basic computer hardware, digital literacy or an understanding of the internet’s importance to their lives.

But, while 95 percent of Americans have access to high-speed fixed broadband, about 22 percent of rural households don’t. And, because of problems with  availability and adoption, over 30 percent of African American and Latino youngsters didn’t have home internet and nearly half don’t have a laptop or computer at home.

For the sake of our students and their families, we need all hands-on-deck – educators, broadband providers, computer companies and tech leaders – to address the challenge.

With broadband deployment, we need a process driven by public spiritedness, not political patronage. The best companies and technologies should compete to serve every community from isolated rural areas to the inner cities.

Let’s learn from the 2009 stimulus: Legislators and lobbyists funneled funds to favored companies and technologies. The results of that anticompetitive practice?  Just what one would think:  Duplicative networks in areas where broadband was already available, with billions of dollars squandered, while many communities remained without service.

And we also need to regulate broadband intelligently. This crisis is a teaching moment.  U.S. broadband has risen to the challenge of a 34 percentsurge in internet demand during COVID-19.   But, in Europe, over-regulated networks are slowing down.

Why? While Europe regulated broadband as a utility, and investment suffered, the U.S. opted for a “light touch” approach that encouraged nearly $2 trillion in private investment. Our wise policy choices built robust networks that we can rely upon in these difficult times—and to rebuild our economy for better times.

To achieve what’s needed, Congress needs a bipartisan compromise, including an end to anti-competitive practices that exclude qualified providers and technologies—and an effort by broadband and computer equipment companies to help attack the divide.

We have a job to do, and no time to waste.

Alabama’s Senators – Doug Jones and Richard Shelby – are well-prepared to reach across the aisle to form bipartisan consensus.  Broadband providers are providing free and discounted broadband to low income homes. But everyone needs to step up.

I wish Congress could have watched our students in the Piedmont schools after we provided them with computers and connectivity. Many mastered subjects such as advanced algebra they had previously struggled with because they couldn’t do homework online.

Dr. Matt Akin is the Superintendent of Schools in Gulf Shores, Alabama, having held similar positions in Huntsville and Piedmont. 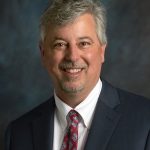 Houses passes bill to expand broadband access in the state

The legislation would set up a plan for broadband expansion in the state of Alabama.