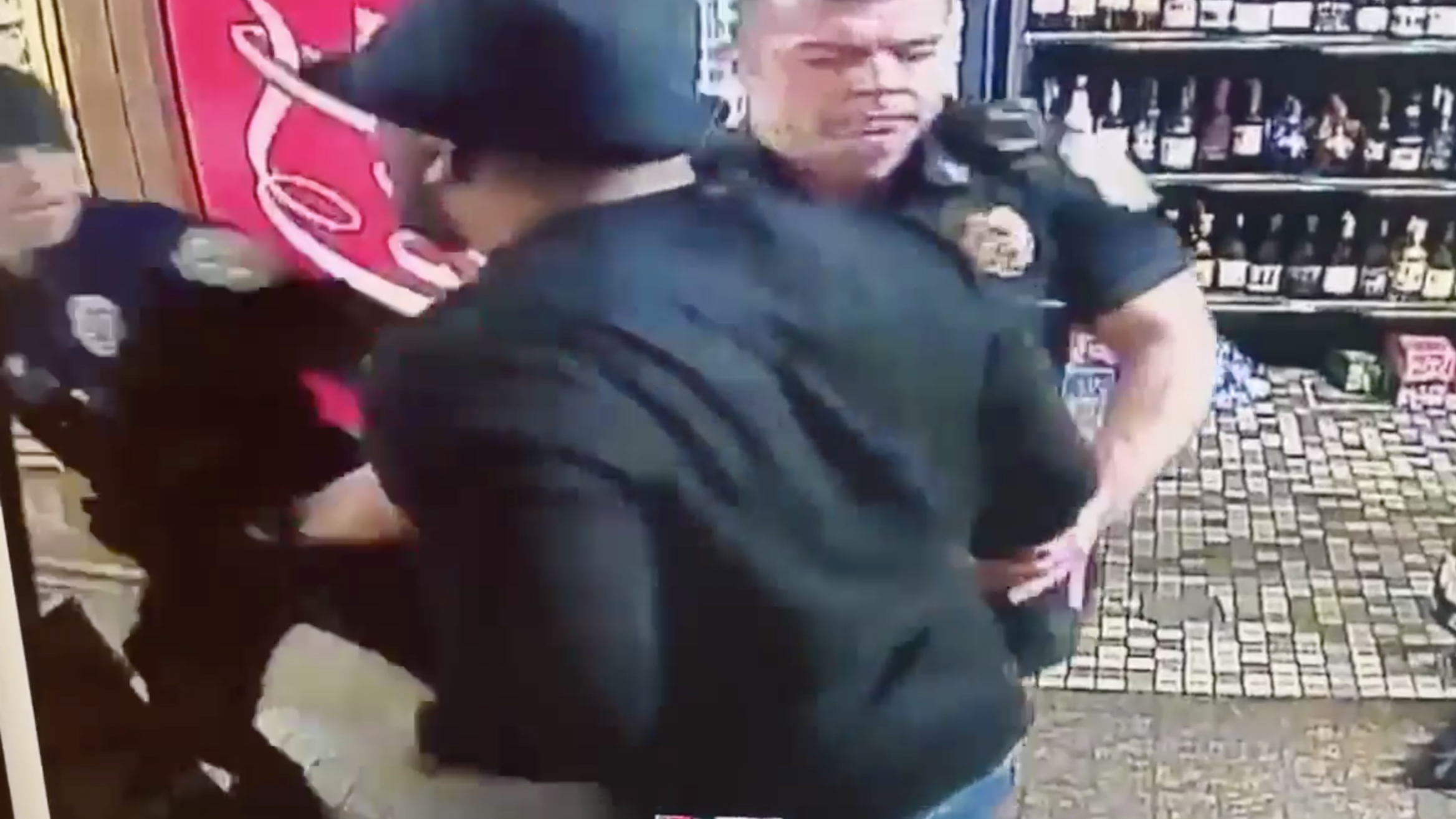 Kevin Penn, owner of Star Spirits and Beverage, alleges he was the victim of intentional police abuse.

That’s how Decatur Police Chief Nate Allen described an incident in which DPD officers punched, wrestled to the ground and ultimately arrested a Decatur store owner who had called them to report a robbery.

The store owner was a black man.

The incident occurred back in March, but it caused an uproar on Monday after video of the incident was posted on social media on Sunday. In the current national climate, in which police departments are facing increased scrutiny for their mistreatment of black citizens, the video drew thousands of angry comments.

By Monday afternoon, DPD had organized a news conference to let people know that in nearly three months it still hasn’t managed to get to the bottom of this 30-second incident. It is officially “under investigation.”

But part of that investigation, Allen said, had revealed that this was a case of mistaken identity and that the store owner, 47-year-old Kevin Penn, who can be seen in the videos wearing a fedora and a sweater and smoking a pipe, refused to put down his gun and step away from it.

Except that the video clearly shows Penn holding his gun as he motioned for police to enter his store, and then unloading his gun. He ejects the magazine, then removes the round from the chamber and then places the gun on the counter. As police enter, he is returning a bullet to the magazine and is still holding the magazine in his left hand when an officer punches him.

DPD body cam footage shared at Monday’s press conference provided a different angle and also provided sound. In that footage, Penn and the officers shout back and forth. He can be heard telling them that it’s his store and he says something about his gun. And then he yells at an officer that he’s going to file a complaint, as he emphatically points at the officer with his right hand.

The punch, according to Penn’s attorney, Carl Cole, broke Penn’s jaw and knocked out some teeth.

No. Seriously. Even after finding out that it was Penn’s store and that they clearly and embarrassingly misjudged the scene, DPD left the misdemeanor charge in place. Because, hey, in for a penny, in for a pound.

Penn, for his part, went down to DPD the following day and filed his formal complaint. His broken jaw didn’t stop him.

Why it’s taken three months to investigate this is unclear. But until Monday, after numerous requests, Penn and Cole hadn’t been provided the body cam footage of the incident. Weird how public outrage seems to speed things along.

And this case is made for the current public outrage.

This case is everything that black Americans are protesting. Here’s a black business owner. Law abiding. Dressed nicely. In his own store. Carrying a legal weapon for protection. Called the police to report a crime.

And in less than two minutes, in the eyes of the cops, he was reduced to a common street criminal who posed a threat to their lives.

“I’ve had countless run-ins with Decatur police in my life — as a stupid high school kid, as a stupid law school student and even, less frequently, as an attorney — and I’ve never been treated like that,” Cole said. “How did it come to what you saw on the video for Kevin Penn? He was wearing a fedora. He put his gun down. He identified himself as the store owner. An employee can be heard on the body cam also telling them that (Penn) is the owner. I don’t want to get into what’s in a person’s heart or mind. But you have to ask yourself how it came to this.”

But then, I think we know.

Chief Allen repeated it multiple times on Monday — a mistake was made.