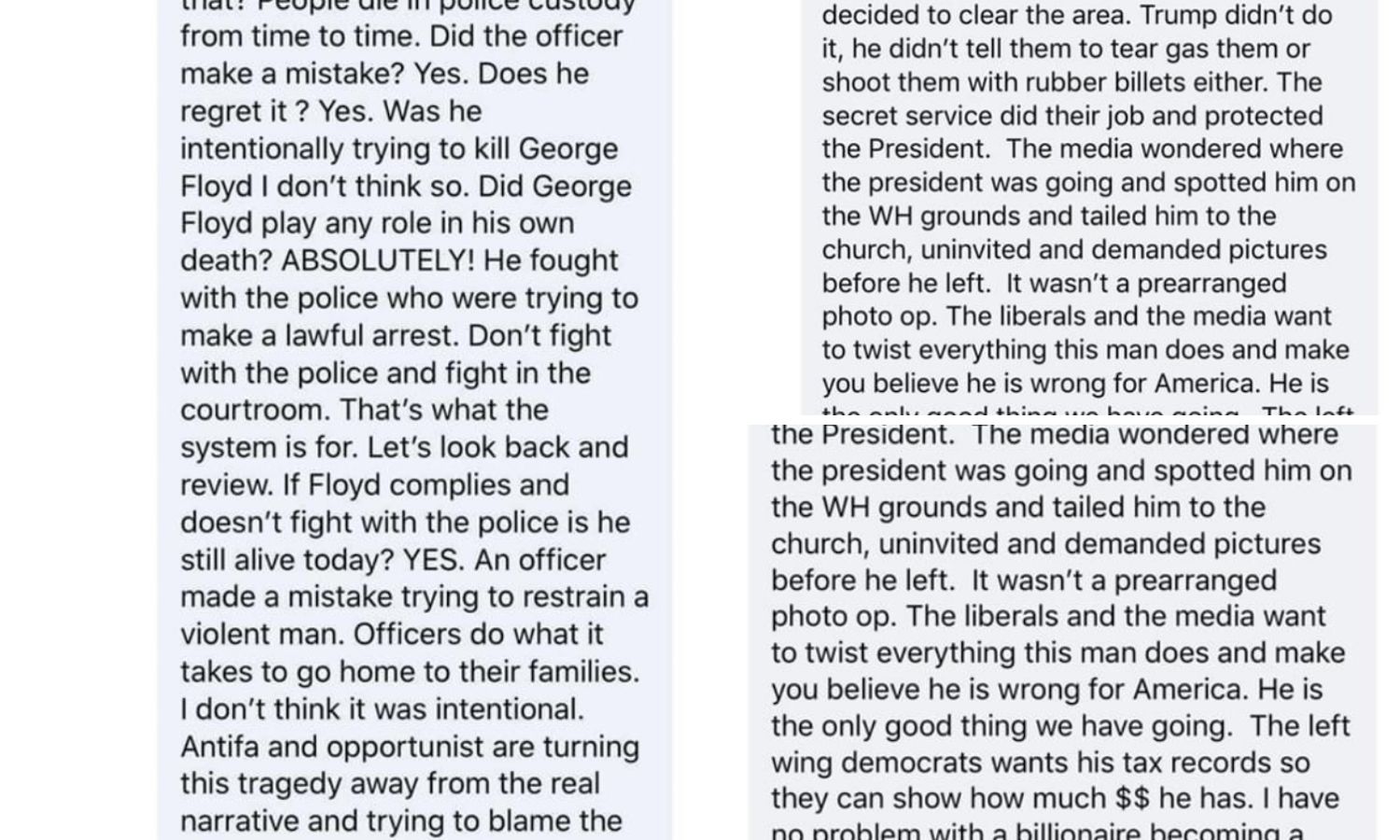 Troy University has fired its police chief after he made comments on Facebook saying that George Floyd, who was killed by Minneapolis police sparking nationwide protests, “absolutely” played a role in his own death — among other inflammatory and controversial comments.

In a statement Tuesday, Troy said it terminated John McCall’s employment as chief of the university’s police department because his social media comments about Floyd’s death did “not reflect the values of Troy university.”

“We are no longer confident in his ability to serve our students, faculty and staff,” Troy University Chancellor Jack Hawkins said in the statement. “Over the last few days, we have heard from many of you who have expressed hurt, anger and deep concern. Your voices have been heard and shared with the investigating committee.”

McCall’s firing comes after the university suspended him last week while it investigated his comments.

The university also said it would launch a series of listening sessions with campus police, students, faculty, staff and alumni to hear how the university’s police “can best serve our campuses and ensure that their practices align with our values.”

In a series of lengthy Facebook comments, captured through screenshots and reshared by students outraged over the remarks, McCall defended President Donald Trump’s photo-op at a church near the White House and federal law enforcement’s gassing of peaceful protesters.

He also said Floyd died because he did not comply with the police.

McCall went on to defend former Minneapolis police officer Derek Chauvin’s actions, saying “officers do what it takes to go home to their families.”

But Chauvin kept his knee on Floyd’s kneck for nearly nine minutes, after Floyd stopped responding. Floyd’s death was ruled a homicide and the police officers involved have now been charged with murder.

Chauvin faces charges of second-degree murder and manslaughter. Three other arresting officers are charged with aiding and abetting murder.