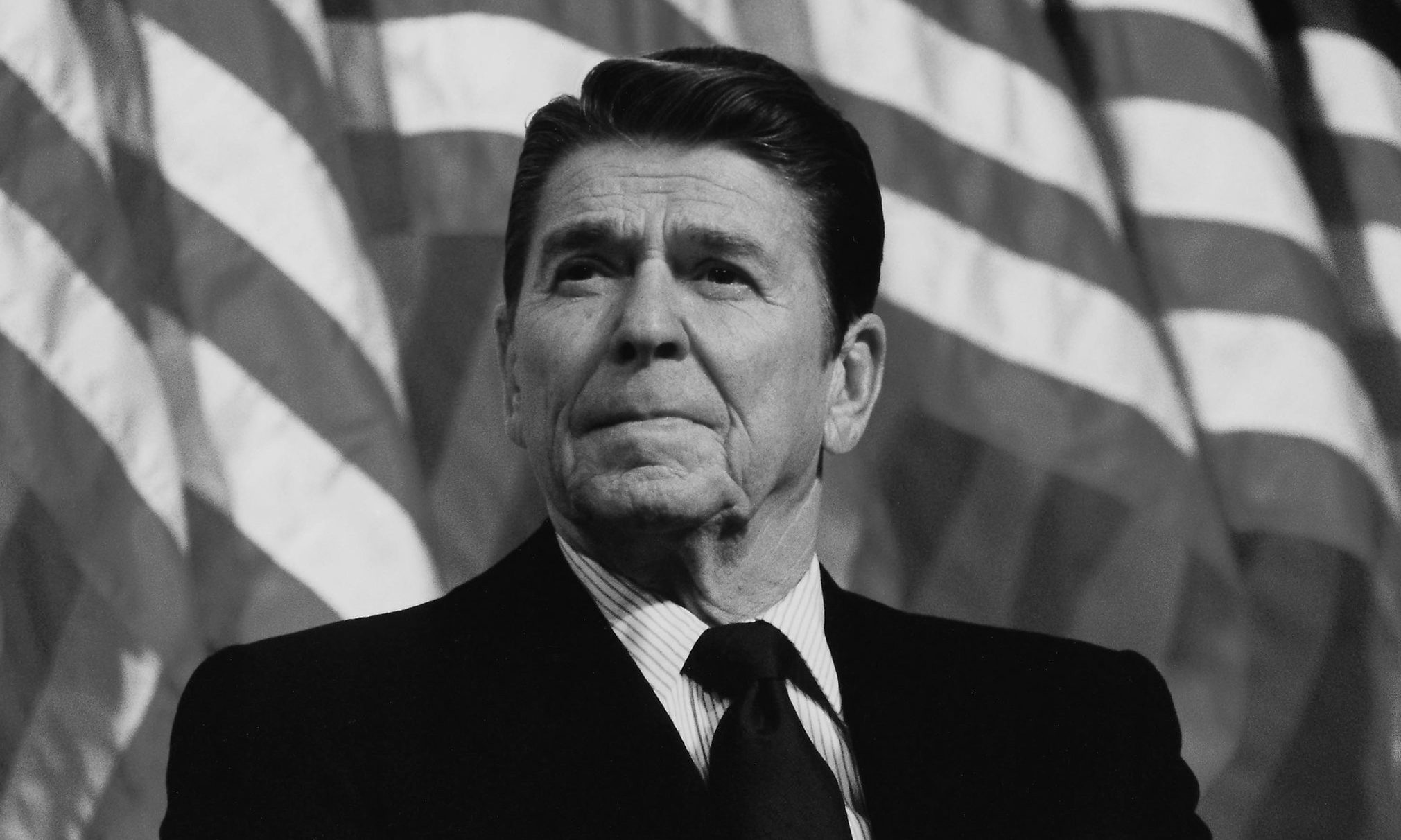 I am, as they say, a “Reagan Baby.” This fact used to stun people. “How can someone born in 1983 be a full grown adult?” they would ask. “Where has the time gone?” they wondered.

Things have changed; years have passed. These days my undergraduate students have no memory of 9/11, let alone any realistic notion about what quotidian life was like in the 1980s, which, for them, is that strange and distant era of big hair, synthesizers, neon clothing, and bad films.

Marcus M. Witcher’s cleverly titled Getting Right with Reagan, recently released by the University Press of Kansas, sheds light on this transformative period, in particular on its leading political figure, the 40th President of the United States of America, Ronald Wilson Reagan.

Having written much of this book as part of his doctoral dissertation in history at the University of Alabama, Witcher(himself a Reagan Baby who’s now a Reagan scholar) argues that Reagan was not the stalwart conservative that Republican iconography and mythology have made him out to be. Rather, this telegenic, charismatic movie-star-cum-president was also conciliatory and pragmatic, appeasing Democratic politicians to transform aspirational public policy into operative legislation.

Republicans under 40 might be surprised to learn that Reagan’s conservative contemporaries, journalists especially, didn’t believe a Reagan Revolution had ever occurred, or that if it had, then it hadn’t accomplished what its proponents desired in terms of large-scale, long-term effects.

Witcher supplies five principal reasons. The first is that future Republican presidents, namely the Bush father and son, were not sufficiently conservative. They expanded the federal government in domestic areas such as education while adopting the foreign policy of a Woodrow Wilson rather than a Robert A. Taft. The second is that, in Witcher’s words, “fortuitous historical events, such as the fall of the Berlin Wall and the dissolution of the Soviet Union, … made [Reagan’s] policies appear prescient.”

The third reason is that the recession following the 2008 financial crisis resulted in conservative nostalgia for the more prosperous 1980s. The fourth is less about remembering and more about overlooking: “Social conservatives have forgotten how frustrated they were with Reagan during the 1980s for his inability to pass a right-to-life amendment and a school-prayer amendment.”

Finally, Reagan’s withdrawal from politics after he left the White House repaired his reputation. He was no longer a partisan target. The same might be said of George W. Bush, whose popularity has risen, even among Democrats, during the presidency of Donald J. Trump.

Witcher traces evolving perceptions of Reagan over the last 40 years. Readers looking for hero worship or biographical accounts of Reagan’s everyday experiences in the Oval Office should consult a different book. Those who are curious about Reagan’s role in the historical development of the conservative movement and its practical adjunct, the Republican Party, will find here the definitive study, one that implicitly raises grave questions about the future of conservatism during its present state of fracture and division.

Witcher’s claims are not without critics. For example, Paul Kengor, a professor of political science at Grove City College, referring to Witcher’s rendering of Reagan’s approach to the Soviet Union and nuclear weapons, writes, “Witcher sticks to an old argument about Reagan that appears to have staying power among liberal Reagan scholars who will not let go despite indisputable evidence to the contrary.”

My astute friend Don Devine, who served in the Reagan Administration as director of the U.S. Office of Personnel Management, has, in a convivial context, quarreled with Witcher. I was fortunate to witness firsthand a constructive, unplanned, and unexpected debate between doctors Devine and Witcher over cocktails in the hallway of a reception during a recent Philadelphia Society meeting. Both men are, shall we say, vocal in their opinions. And both stood their ground regarding their differing interpretations of the Great Communicator.

Getting Right with Reagan is admirably researched, with well over a hundred pages of footnotes and an extensive bibliography. But it reads, mercifully, like popular, highbrow entertainment, free of the pedantic jargon and convoluted syntax that so often mire scholarship published by university presses.

Witcher will become a faculty member in the history department at Huntingdon College this August. He is at work on future projects about American conservatism and will, I suspect, contribute to Montgomery’s intellectual scene, and maybe even improve its mediocre political discourse.

We all, critics and adherents alike, have much to learn about conservatism: what it is, why it is, and where it’s headed. If we can make sense of how Reagan became a figurehead of the mainstream Republican establishment, perhaps we can understand, if only a little better, our current political moment, with all its rancor and tumult.

Marcus Witcher. Getting Right with Reagan: The Struggle for True Conservatism, 1980-2016. University Press of Kansas, 2019.