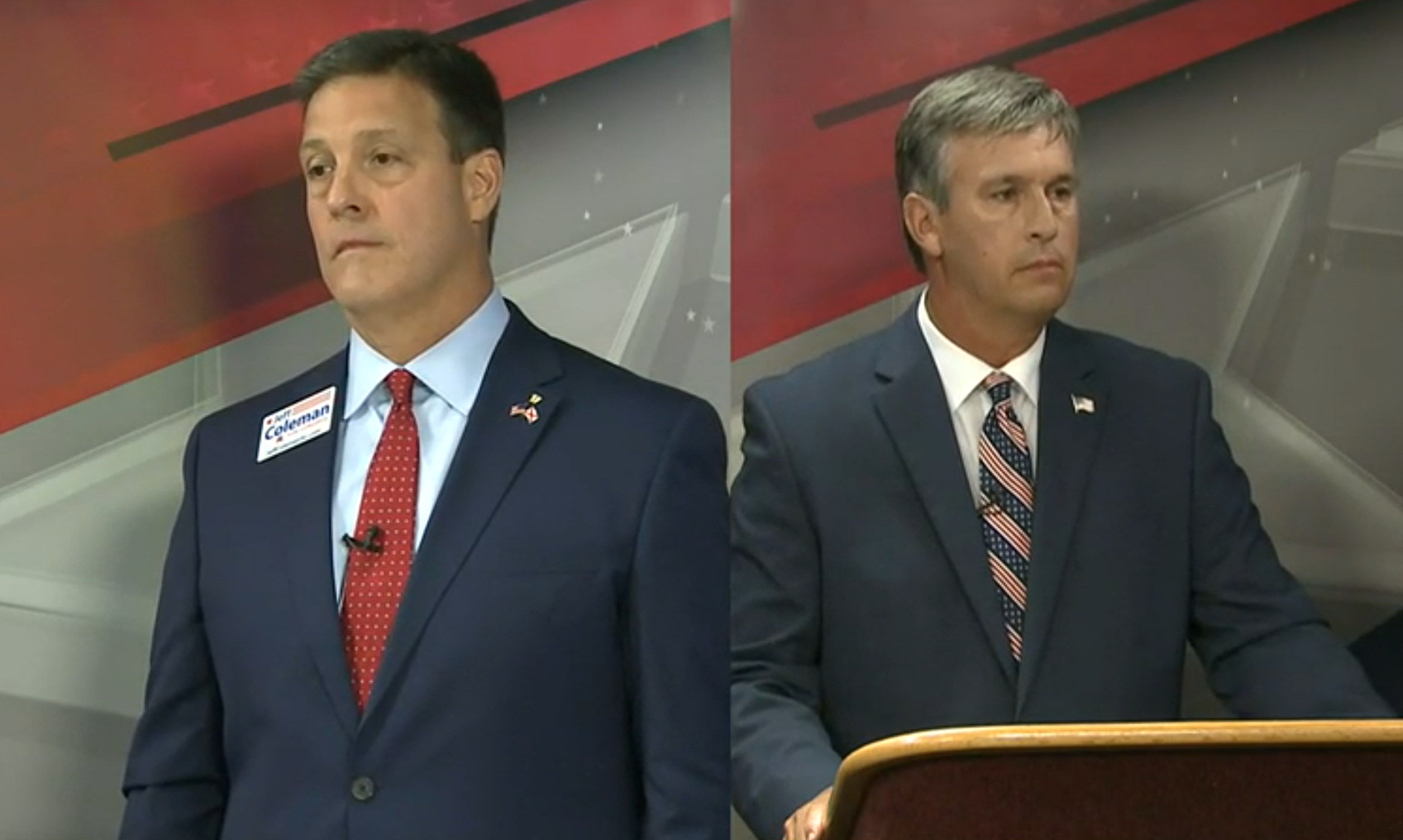 Congressional candidates Barry Moore and Jeff Coleman both participated in a debate in Dothan on Tuesday, ahead of their runoff in Alabama’s 2nd Congressional District. Moore emphasized his long-standing support for President Donald Trump as well as his farm and military roots and experience serving in the Alabama Legislature.

“I want to thank WTVY for sponsoring this debate, and Reginald Jones for doing such a great job moderating the event,” Moore said in a statement to reporters afterwards. “I’d also like to thank those who watched it live, and who will watch it later online. The people deserved a chance to see both Republican candidates side by side, and WTVY made that possible despite the coronavirus pandemic.”

“Before the lockdown, we ran a strong grassroots campaign, but these last few weeks we’ve had to switch to more social media and online campaigning while trying to help everyone cope with the lockdown as best we could,” Moore said. “Now the people have seen the two of us standing side by side, and they’ve seen us answer questions about the issues and our records. For those who missed seeing it live, we’ve posted it to our campaign Facebook page. I encourage everyone to watch that video and see just who you’ll be voting for next Tuesday.”

“I think that when people see Barry Moore side by side with Jeff Coleman, they’ll realize that Barry Moore is the best conservative choice for District 2,” Moore said. “I’ve supported our President since I was the first elected official in the country to endorse him. I’ve supported our farmers because I grew up on a row crop farm and I know the challenges they face. I’ve supported our military and our Veterans because I’ve served. I term-limited myself in the Legislature, and I support term limits for Congress. I’ve always been pro-life, pro-family, pro-1st, and pro-2nd Amendments. I’ll continue to do all these things when I’m representing the people of this district in Congress.”

There had been some issues between the two campaigns on a debate date that both could agree on.

“I am glad that Mr. Coleman decided to show up to this debate and I want to thank him as well,” Moore concluded.

Moore represented Enterprise in the Alabama legislature from 2010 to 2008. He was part of the first class of Republican legislators to win control of the state Legislature, ending 135 years of Democratic Party dominance. Moore and his wife Heather own a small waste disposal business. Moore is also a veteran, has a degree in agriculture, and is a father.

Moore and Coleman are running in the Republican primary runoff on July 14. The winner will face Democrat Phyllis Harvey-Hall in the November 3 general election. Incumbent Congresswoman Martha Roby, R-Alabama, is retiring after five terms.