Attorney General William Barr on Thursday announced the appointment of Prim Escalona as Interim U.S. Attorney for the Northern District of Alabama.

Escalona, formerly the Principal Deputy Assistant Attorney General for the Office of Legislative Affairs at the U.S. Justice Department, fills the position left vacant by the resignation of Jay Town, who ended his tenure on Wednesday to work at a Huntsville defense contractor and cybersecurity solutions company.

Escalona has been with the U.S. Justice Department since March 2017, according to her LinkedIn account. She previously worked as an associate at the Birmingham law firm Maynard, Cooper and Gale for more than five years over two stints. The law firm has defended the state of Alabama in a lawsuit by the Southern Poverty Law Center over treatment of state inmates with regard to their medical and mental health.

Maynard, Cooper and Gale have a multi-million contract with the Alabama Department of Corrections to defend the state’s prison system in that suit.

The Justice Department in April 2019 notified Gov. Kay Ivey that the department’s lengthy investigation into the state’s prisons for men found systemic problems of violence, sexual assaults, drugs and corruption that are likely violations of the inmates’ Constitutional protections from cruel and unusual punishment.

Town’s office leads the discussions between the U.S. Department of Justice and the state on the prison conditions.

“I am pleased to appoint Prim F. Escalona as Interim U.S. Attorney for the Northern District of Alabama. Prim is a dedicated public servant with extensive legal experience.  Prim’s commitment to preserving the rule of law and dedication to the mission of the Department of Justice will make her an outstanding U.S. Attorney for her home state of Alabama,” Barr said in a statement Thursday.

“Prim is an exceptional lawyer, an excellent manager, and a person of great integrity and the highest ethical standards. Prim has been front and center in our efforts to advance the Department’s legislative agenda with Congress, working on issues ranging from child exploitation to violent crime reduction,” said Stephen E. Boyd, Assistant Attorney General of the Department of Justice’s Office of Legislative Affairs, in a statement. “Prim played an integral role in the roll out of Project Safe Neighborhoods (PSN), the Department’s successful anti-crime initiative.  PSN is based on building strong working relationships between the Department and the local law enforcement community, and I know Prim will enthusiastically bring that perspective to her work in the Northern District. Prim shares the values of the people of Alabama, and police forces across the state can rest assured that they have a strong ally in their U.S. Attorney.” 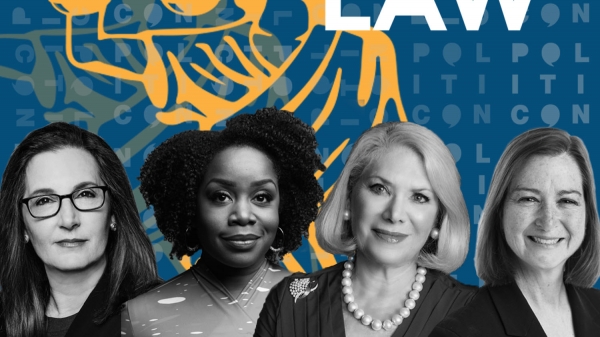 Birmingham's Joyce Vance lends her decades of experience as a top federal prosecutor to a popular new weekly conversation.