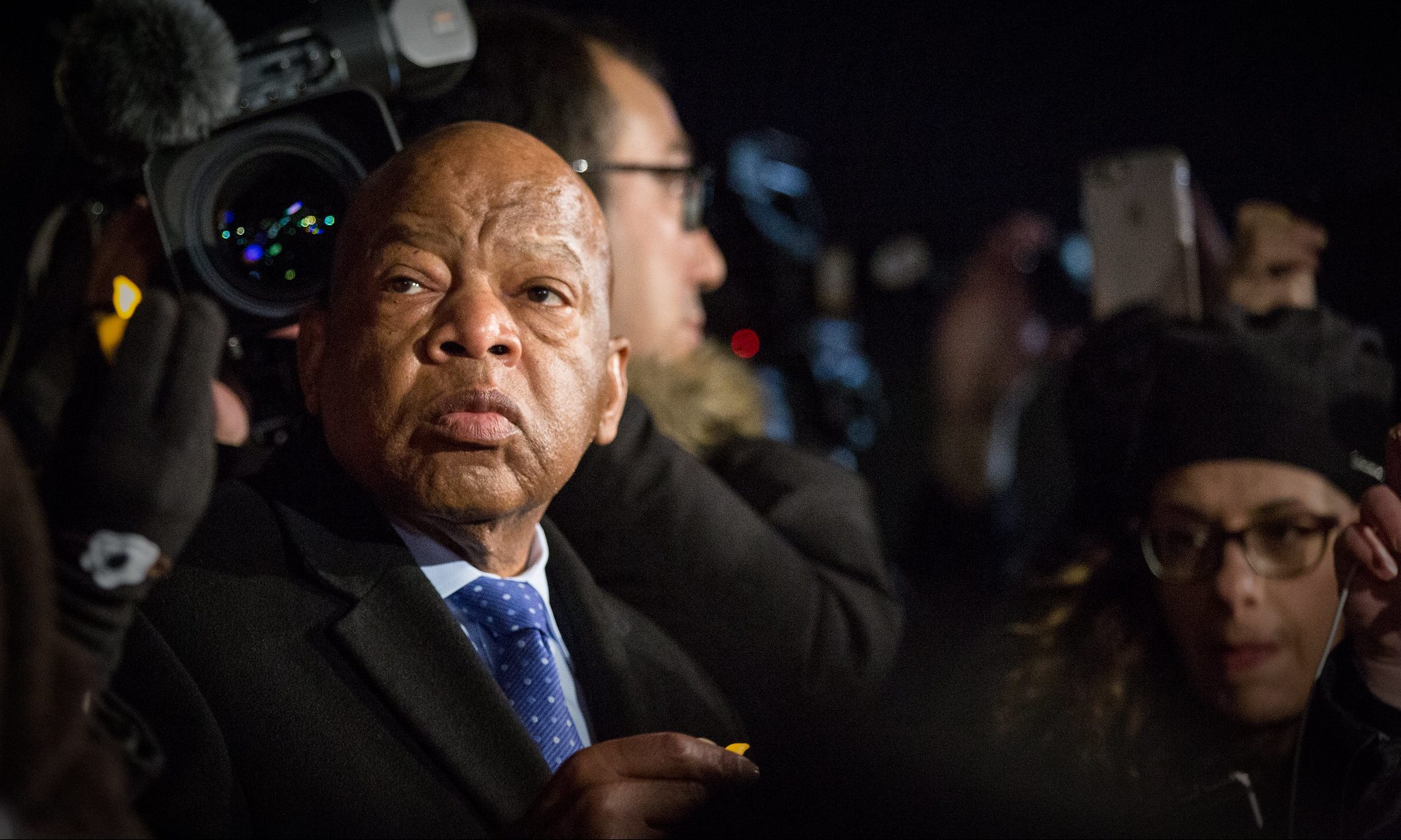 “I thought you would be taller.” Those words, embarrassingly enough, were the first I said to Rep. John Lewis. This was five years ago, inside the Selma Interpretive Center, for an interview as part of coverage of the 50th anniversary of Bloody Sunday and the Selma-to-Montgomery march.

Despite meeting and interviewing — and becoming friends with — many of the heroes of the Civil Rights Movement while living and working in Montgomery, I had never met Lewis. But I knew the man. And I knew the stories.

I expected a giant.

Instead, standing before me was just a regular man. A soft-spoken, gentle man who was both gracious and funny. And nice.

I have never met a nicer person than John Lewis. And that was something that I simply could not wrap my head around.

Because just a few months earlier, the United States Supreme Court, in one of its worst decisions ever, had gutted the Voting Rights Act — the bill for which Lewis had fought and been beaten and been imprisoned and nearly died for. All across the South, states were lining up to take advantage of the new rules and march quickly towards disenfranchising black voters.

In Alabama, where we sat that day, a new voter ID law had been implemented. It has never saved this state from a single instance of voter fraud. It has cost thousands the right to cast a ballot in Alabama.

John Lewis knew all of this. Had been fighting for months over it in Congress, listening to brain-dead conservative Republicans spew their hateful rhetoric and barely disguise their racism. He knew that this effort was simply a shined up version of the poll taxes and bullying he and other black citizens faced back in the Jim Crow era.

And yet, John Lewis had hope.

“All you can do is keep fighting, focus on what’s right,” Lewis said that day. “Anger has rarely solved anything.”

When I pressed him on it, and pointed out the changes that were already occurring, Lewis eventually said he was “concerned” that some people might want to “return us to a different time.” But just as quickly, he expressed optimism that good people would find a way to do the right thing, that evil cannot outlast goodness.

When I expressed some skepticism, he set about trying to convince me, and he told me this story.

In 1961, as part of the Freedom Riders, Lewis and a white man stepped off a bus together at the Greyhound Bus station in Rock Hill, S.C., and entered the station. As they did so, a group of white men attacked them and beat them unmercifully. Which was easy to do, since Lewis and his companion didn’t fight back.

A police officer later asked Lewis if he would like to press charges for the assault. Not that it would have done any good, with Jim Crow laws and all-white juries ruling the day, but Lewis declined.

“We come in peace. We come with love,” Lewis said he told the officer.

Fast-forward to 2009. Lewis is a long-serving Congressman from Georgia, and there is a visitor to his office — a man named Elwin Wilson. He is a former member of the KKK, and was one of the men who beat Lewis in South Carolina in 1961. And he has come to apologize.

The moral of the story, Lewis told me, was that you have to believe in goodness and in doing the right things and in being kind to each other. Eventually, even if it takes 48 years, love wins out.

And that was perhaps the greatest lesson of John Lewis. That it doesn’t matter your physical size or your situation. What matters is your determination and your decency and your love.

And by those measures, John Lewis was a giant.