The Alabama Department of Conservation announced on Friday the dates for the 2020 to 2021 hunting season. White-tailed deer hunters in parts of Alabama will get an earlier start on gun season with the creation of two new deer zones. The newly created zones D and E will allow hunters to gun hunt before and during the peak of the rut (deer breeding season) in those locations. Bow season in the new zones will open on Oct. 1.

Zone D includes all or parts of Cullman, Franklin, Lawrence and Winston counties. Zone E includes areas in Barbour, Calhoun, Cleburne and Russell counties. Archery season for zones D and E will open on Oct. 1, 2020. Gun deer season for antlered bucks will open in both zones on Nov. 7, 2020. Antlered bucks can be taken in zones D and E through Jan. 27, 2021. The un-antlered deer harvest dates differ between zones D and E, and both zones close to unantlered deer harvest earlier in January.

Archery deer season opens in zones A, B and C on Oct. 15, 2020. For complete deer season dates and zone information, visit www.outdooralabama.com/seasons-and-bag-limits/deer-season.

Males deer (bucks) tend to get distracted and lower their guard during the rut. Different counties in Alabama experience the peak of the rut at different times of the fall and early winter. Biologists attribute this variance, in part, to deer restocking efforts that occurred decades ago. Elk, bison and the eastern cougar (now extinct) were hunted to the point that they no longer existed in the state. The whitetail deer population was close to being eradicated as well, but the state implemented an ambitious conservation and restocking program. Today, huntable populations of deer can be found in all 67 counties in Alabama. In the 1920s and 1930s, most counties of the state had few if any deer left.

Deer population data collected over the last 25 years by biologists with the Alabama Division of Wildlife and Freshwater Fisheries is being used to develop a better understanding of the state’s deer population. That data is also providing improved hunting opportunities, including the fine-tuning of the state’s deer hunting zones to allow hunters to hunt the peak of the rut statewide.

“The creation of these new deer zones highlights the hard work of our wildlife managers and the importance of harvest data provided by Alabama’s hunters,” said Chris Blankenship, commissioner of the Alabama Department of Conservation and Natural Resources. “The Department strives to offer the best hunting opportunities available, and I’m happy to announce the new deer zones.”

Dove season for the North Zone of the state will open on Labor Day weekend this year. This is a week earlier than in previous years. Both the north and south zones feature split seasons.

This year’s North Zone dove season will open on Sept. 5 and run through Oct. 25 for the first segment. Hunters on opening day can hunt from noon until sunset. After opening day, hunting is allowed from one-half hour before sunrise until sunset. The second segment runs Nov. 21 through Nov. 29, and the final segment is set for Dec. 12 through Jan. 10, 2021.

The South Zone season opens on Sept. 12 and runs through Nov. 1. The final two segments mirror the North Zone dates. Hunters will be limited to just 15 birds per day of either mourning doves or white-winged doves or a combination of the two.

Registration for the state’s youth dove hunts will open in August 2020.

In the hunting season of 2019-2020 hunters were allowed to shoot sandhill cranes for the first time in a century. Sandhill cranes season will be back for the 2020-2021 season. The season is by limited quota permit only — prospective hunters must apply online. Registration is currently closed but will open this fall with an associated registration fee. The permits will be chosen by a computer-controlled random draw in October 2020. A total of 400 permits will be issued.

The crane season dates are split into two segments with the first running from Dec. 4 to Jan. 3, 2021. The second segment will be from Jan. 11 to 31, 2021. The daily, season and possession limit is three birds per permit. Hunters can harvest all three birds in one day if they choose.

Spring turkey season will be delayed for research purposes on the following Wildlife Management Areas: Barbour, J.D. Martin-Skyline, Hollins, Oakmulgee, Lowndes, Choccolocco and Perdido River. The delayed season will run March 27 to May 2, 2021.

Hunting is a sport that you can enjoy while maintaining healthy social distancing.

Licenses can be purchased from various vendors throughout the state or online at outdooralabama.com. ADCNR is once again offering hard card licenses for the 2020-2021 season. For an additional $5 fee, purchasers can select from six new designs including white-tailed deer, wild turkey, wood duck, crappie, redfish and a “We the People…” design featuring the Second Amendment.

The state even has an alligator hunting season. ADCNR is encouraging hunters to practice hunter safety including routine tree stand maintenance and safety checks, always using a full-body safety harness when hunting from a tree stand, wearing hunter orange and practicing firearm safety in order to avoid accidents. 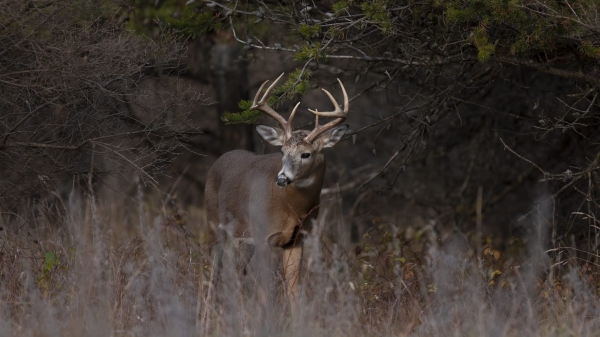