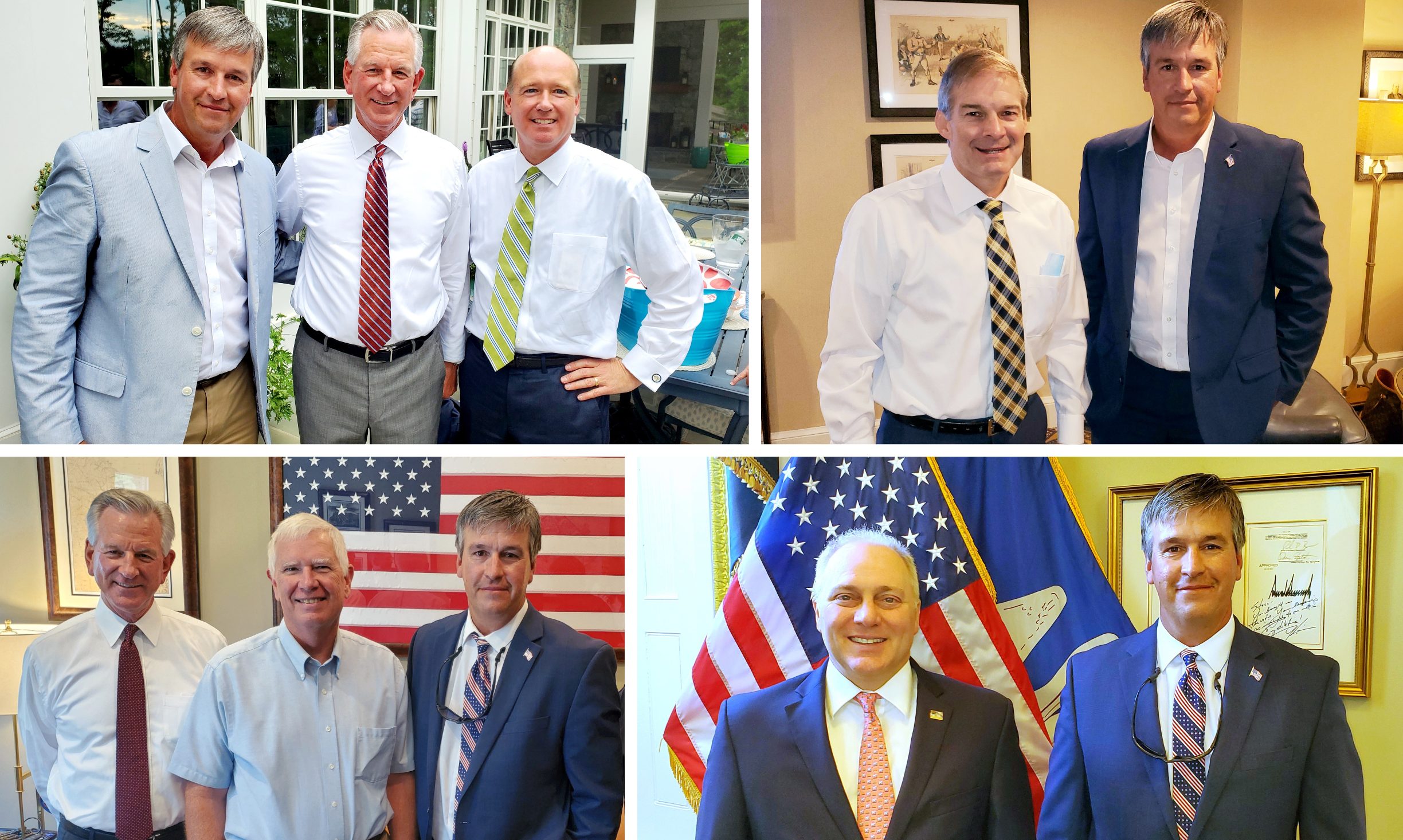 Moore’s campaign said that he had successful meetings with Republican leadership, members of the Alabama Congressional delegation, the House Freedom Caucus and the National Republican Congressional Committee.

“I wanted to hit the ground running, so I took this trip to start building the relationships that are so important in getting things done in Washington,” Moore said. “It was hectic, but I think it was a good trip. I was able to talk with numerous people about the issues facing our country and just how important the upcoming election is to all of us who support America and the ideals the country was founded on.”

Over the course of his five days, Moore attended over 25 meetings, Zoom calls and events including a meeting with Republican Senate nominee Tommy Tuberville.

“There’s a sense of urgency about just what a critical time this is, and how important it is to stand strong against the forces of chaos and anarchy that are trying to destroy our nation,” Moore said. “One thing we all agree on is just how important it is to reelect President Trump and elect as many Republicans to the Congress as we can. The consequences of a Biden Presidency with Nancy Pelosi in control of the House and Chuck Schumer leading the Senate don’t bear thinking about.”

Prior to this trip to D.C., Moore spoke with Vice President Mike Pence about Moore’s 2nd Congressional District race, their mutual support for President Donald Trump and their shared Christian faith.

The 2nd Congressional District seat is currently held by Congresswoman Martha Roby, R-Montgomery, who is retiring from Congress. The GOP wants to hold on to all of their current seats and take most of the seats that they lost to the Democrats in the 2018 election if they hope to take control of the House of Representatives from Democrats and Nancy Pelosi, D-California.

“We’re going to be campaigning hard these next three months to carry District 2, and all of Alabama, for our strong, conservative Republican candidates up and down the ballot,” Moore said. “We know our ideas and our values will preserve this great nation for our children and their children, not destroy it like many Progressives are trying to do. We’re confident that our faith will carry us through these trying times, and we can emerge stronger than ever before.”

Moore is scheduled to return to D.C. in September for another round of meetings and fundraisers as he continues to work to win Alabama’s 2nd District Congressional seat.

Moore is a small businessman, a veteran, a husband and a father of four from Enterprise. He served two terms in the Alabama House of Representatives and has a degree from Auburn University.