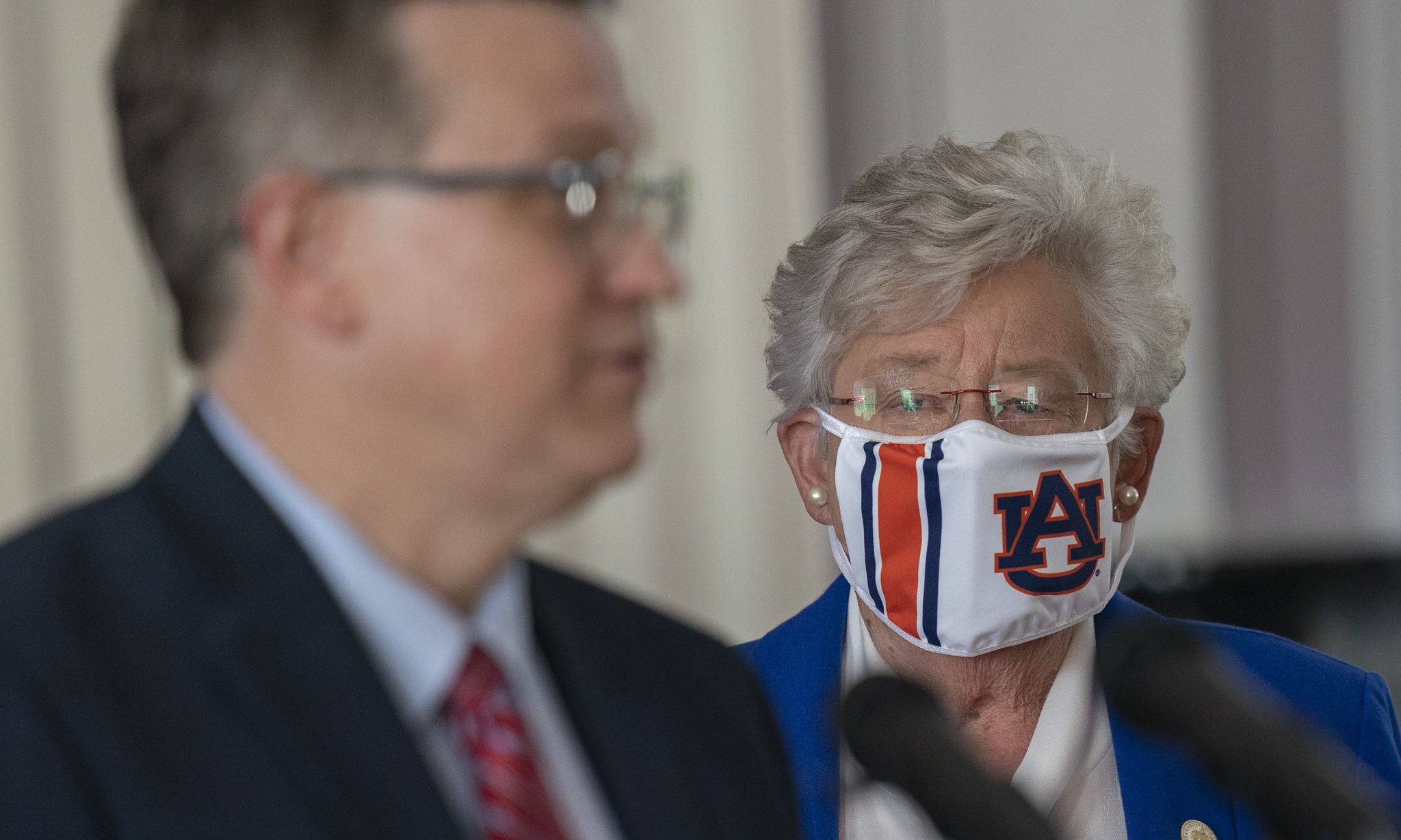 Montgomery Circuit Judge Greg Griffin dismissed the lawsuit, filed by Debbie Mathis, a real estate agent, retired sheriff’s Deputies Larry Lewis and Barry Munza, which alleged that the Alabama Emergency Management Act of 1955 does not give the governor the ability to order Alabamians to wear face masks.

Ivey’s order, which went into effect July 16, requires the wearing of face masks when within 6 feet of those outside of their own household when indoors or outside when in gatherings of 10 or more people, with exceptions. The lawsuit was filed against Ivey, State Health Officer Dr. Scott Harris and the Alabama State Board of Health.

Alabama Attorney General Steve Marshall in the defendants’ motion to dismiss wrote, that the plaintiffs lacked standing to file the lawsuit and the defendants are immune to such lawsuits as accorded by the Alabama Constitution of 1901.

In a court filing supporting the motion to dismiss, Marshall wrote that “COVID-19 has threatened to overwhelm the State’s healthcare system with a large number of patients in need of Intensive Care Unit (“ICU”) capacity.”

Despite the plaintiff’s allegations that the order was illegal, Marshall wrote in the filing that Ivey and Dr. Harris had the authority to issue such an order.

The judge agreed and dismissed the case. The plaintiffs’ attorney said after the ruling that he planned to appeal the judge’s decision, according to Al.com.