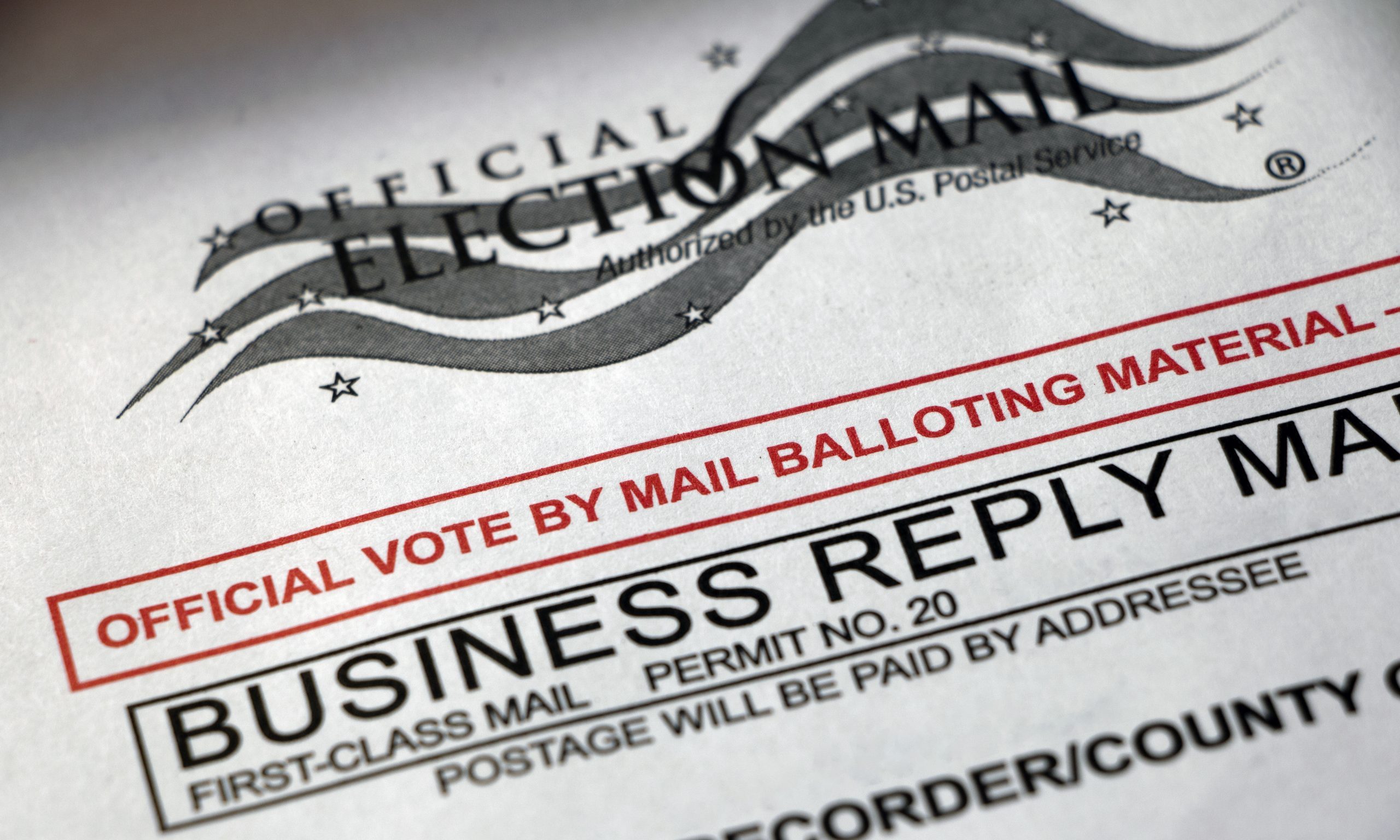 Neither snow nor rain nor heat nor gloom of night … has stopped the United States Postal Service from delivering the mail. But a corrupt president hellbent on undermining an American election just might.

President Donald Trump on Thursday said the quiet parts out loud again, telling an interviewer on Fox News that he doesn’t want to fund the USPS — because doing so would make mail-in voting easier.

“Now, they need that money in order to make the post office work, so it can take all of these millions and millions of ballots. Now, if we don’t make a deal, that means they don’t get the money,” Trump said. “That means they can’t have universal mail-in voting, they just can’t have it.”

Because that’s precisely what he’s doing. It is the latest in a long line of ploys by Republicans to discourage voting — from absurd ID laws to shuttering thousands of polling locations to fighting tooth and nail to stop curbside voting during a pandemic to now the U.S. president saying out loud that he’s withholding funds in order to stop and discourage a perfectly legal, proven-safe method of voting.

You know, guys, if you have to keep going to this much trouble to ensure low turnout, maybe you should reconsider some of your policies and fundamental ideas for governance.  It would, of course, be bad enough for a president to stymie legal voting at any time, but to do so at this time — in the middle of a pandemic — is simply horrible.

There were stories all over the state of Alabama a few weeks ago of upticks in coronavirus cases after a runoff election was held — a runoff election with abysmal turnout. There were verified reports of poll workers both catching the virus and potentially spreading it to others.

And that was for a low-turnout, mid-summer runoff election in Alabama. Imagine a general election with a presidential race at the top of the ticket on the upswing of normal flu season combined with COVID-19. Our already-jammed hospitals will have to turn sick people away.

Here in Alabama, there is a way around such a ready-made disaster. We have, essentially, mail-in voting. It’s called absentee ballot voting. They’re the same thing. The only slight difference is that in Alabama you have to request a ballot before one is mailed to you and select a valid excuse. For now, fear of the coronavirus is considered a valid excuse.

By the way, those are national numbers for fraud. There simply is very little actual fraud involved in mail-in voting.

And most often the fraud that is alleged isn’t actually “voter” fraud. It is application or registration fraud, in which someone writes down their dog’s name or the name of their favorite sitcom character. To be cute. Or to get paid more by the entity that’s paying them per name to register people to vote.

Those fictitious people don’t vote. Because there are more steps in the process that prevent it. None of this information, including the statistics on actual fraud committed, is hard to find. A simple Google search gets you all of it. However, these pretty basic facts have not stopped the president and his minions from exclaiming widespread fraud with mail-in voting, and hinting strongly that the November election will be fraudulent.

This is a fairy tale being pushed by a desperate, dumb man who sees clearly that he is going to lose bigly, and this is his out. He’s perfectly fine with people dying to soothe his ego.

And make no mistake about it, that will happen if we cripple main-in voting and force millions of people to the polls. Because despite what you’ve heard from your rightwing pals, this COVID virus is quite deadly.

A New York Times analysis of U.S. deaths over the last few months found an uptick of 200,000 more deaths than usual for the same time period in previous years. Pause for a moment and consider that staggering number of deaths. Consider how insane it is that there are still — STILL! — people out there in this country who insist the virus is a hoax, that it’s overblown, that mask ordinances are overkill.

A decent leader, in the face of such unimaginable loss of human life and continued human suffering, would seek to stop that pain, to limit the deaths and do everything possible to continue government functions without putting people’s lives at risk.

Oh, if only we had a decent leader.