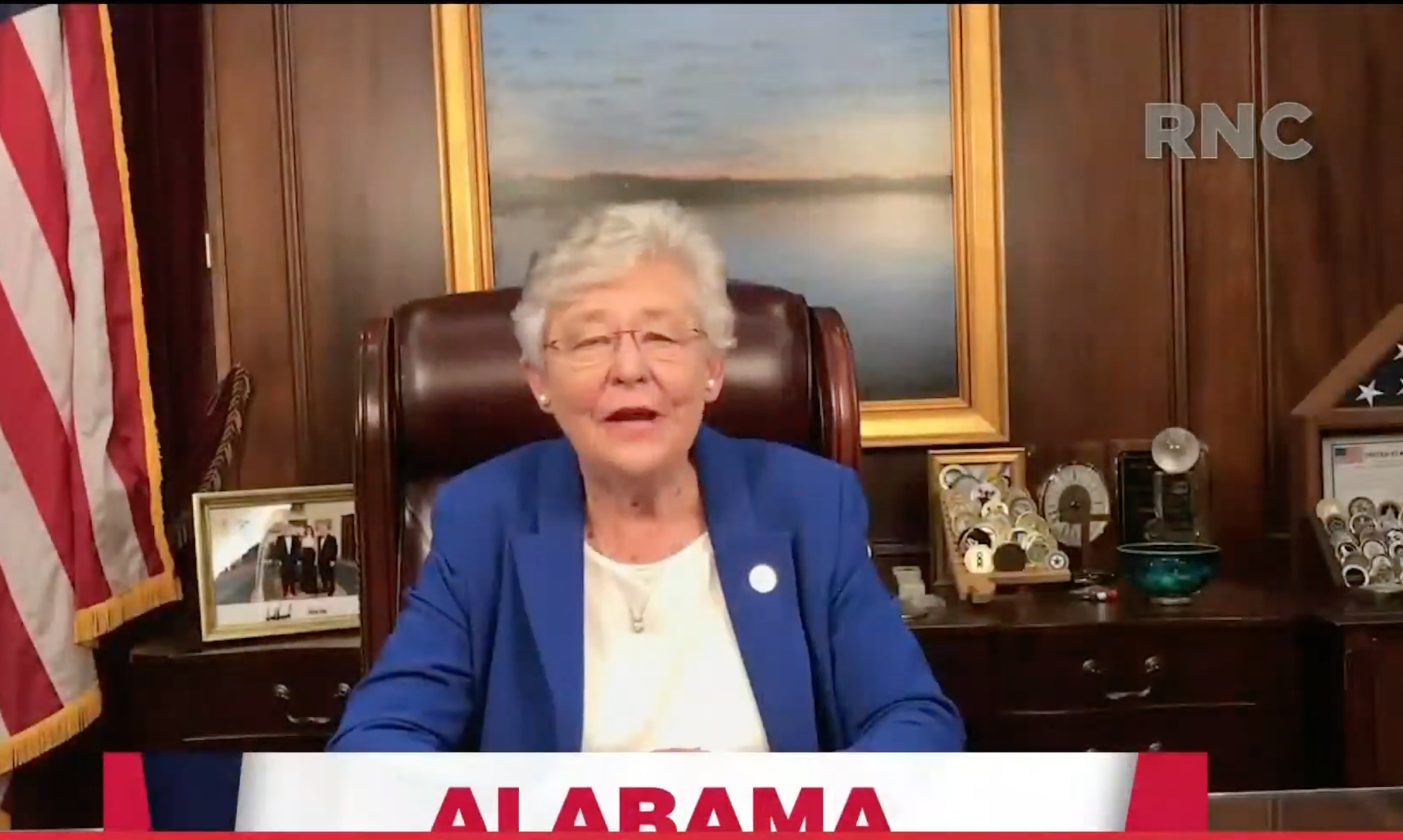 “What an incredible day to be an American and an Alabamian!” Lathan said. “Alabama’s delegation played a key role in helping President Trump and Vice President Pence easily secure re-nomination – with ALGOP National Committeewoman and RNC Secretary Vicki Drummond leading the roll call vote, ALGOP Delegation Chairman Andrew Sorrell passionately casting all 50 ALGOP votes for the President and Vice President, ALGOP National Committeeman Paul Reynolds serving on the Contest Committee, Greg Cook and Linda Coats serving on the Credentials Committee and myself being tapped as a Deputy Permanent Co-Chair of the Convention.”

“President Trump and Vice President Pence’s surprise appearance in Charlotte to accept their nominations in-person thrilled the delegates and demonstrated just how committed they both are to continuing the ‘Great American Story,’” Lathan continued. “They laid out the success stories of their administration – the promises made and promises kept such as lowering taxes, strengthening our military and growing the economy – while painting a vision for our county that is full of promise and exceptionalism.”

“Unlike the Democrat National Convention – which was full of doom and gloom with speeches from the far left, like Doug Jones, Bernie Sanders and Alexandria Ocasio-Cortez – the Republican National Convention was truly a clear contrast of policy and enthusiasm,” Lathan said. “We are looking forward to beating Joe Biden and his socialist agenda this November 3rd so America can have four more years of winning as we Keep America Great.”

“Alabamians can be very proud of their Representation on the Frist Day of the Republican National Convention,” Hooper said. “ALGOP National Committeewoman Vicki Drummond, who also serves as the RNC secretary, had the honor and privilege of conducting the roll call vote that nominated our President Donald J Trump for his second term as President. ALGOP Delegation Chairman and State Representative Andrew Sorrell did an outstanding job in articulating the vast resources of our State and our loyalty to our President in casting our 50 votes.”

“In contrast to the dark and menacing Democrat Convention, Day One of the Republican convention began the celebration of the greatest country the world has ever seen and its unlimited potential under four more years of Donald Trump as President and Mike Pence as Vice President,” Hooper said.

When Sorrell announced that all 50 Alabama delegates were supporting Trump he said that Alabama was “the state with the highest approval rating in the country for Donald Trump.”

“Has a strong record of accomplishment, and today he reminded people about that record. Before the pandemic, our economy was booming after struggling for eight years under Biden/Obama policies,” Moore said. “Then COVID hit, and the entire world was affected. This administration acted on the best information available and took the steps to protect our people as much as possible. As the President reminded us, not one person who needed a ventilator didn’t get one. Under President Trump and Vice President Pence, who led the White House virus response task force, we built more hospital beds than were needed in New York and elsewhere. Now the economy is reopening, and I’m looking forward to working with President Trump in his second term to rebuild our country better than ever before. Joe Biden is using that as a campaign slogan, but Donald J. Trump has done it before with the Biden/Obama economy, and I’m confident he can do it again.”

“Democratic policies and rhetoric have fueled the flames of destruction and chaos that are burning cities and ruining neighborhoods across our nation,” Moore continued. “President Trump’s policies, before the pandemic, had done more for minorities than any recent President, including criminal justice reform, support for Historically Black Colleges and Universities, and historically low unemployment. The President understands that ‘the best way to bring unity is success’, and on Sunday he released his 2nd term agenda to show us just how he’ll keep America winning.”

“The President wants to create another 10 million jobs in 10 months, create 1 million new small businesses, and enact ‘America First’ tax credits to bring our industry home from abroad,” Moore said. “He’s already begun restoring our ability to produce all our needed medical supplies and drugs here in America. He will continue to eliminate our dependence on China, defend our borders and our cities, and continue to pursue an ‘America First’ foreign policy that brings our troops home from endless foreign wars and makes our allies pay their fair share for their own defense. He’ll continue to drain the swamp by strongly supporting congressional term limits, and wants us to return to the moon with the permanent presence there so many have wanted since the 1970s. And, despite the Democrat’s continued resistance, he’ll work to deport non-citizen criminals and fix our broken immigration system.”

The Democratic National Convention was last week. Voters get to vote on their choice for president on Nov. 3.