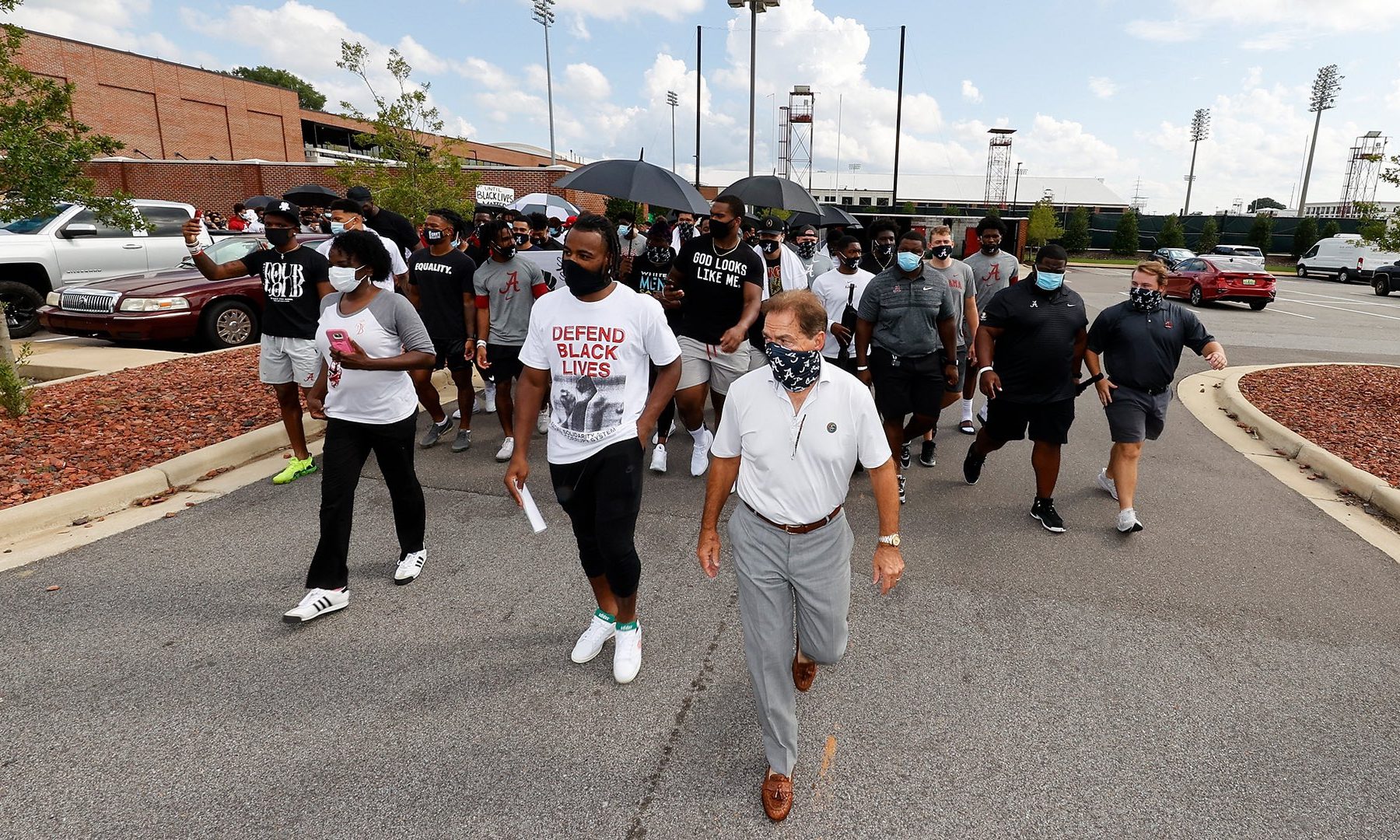 In solidarity, hundreds of University of Alabama athletes, coaches and staff, led by coach Nick Saban, marched across campus on Monday in protest of racial injustice.

The group marched from Mal M. Moore Athletic Building to the schoolhouse door at the Foster Auditorium, where on June 11, 1963, Gov, George Wallace stood to prevent two black students from entering.

After the group arrived at the schoolhouse door Saban spoke first, and thanked school administrators for allowing the march and “the opportunity for our players to express their views on how we can effect positive change on social issues in our country.”

Senior running back Najee Harris, who spoke after Saban wearing a “Defend Black Lives” shirt, said racial injustice isn’t a problem that will go away with inaction.

“Being here today is a huge step, but I ask you, what’s next? For certain, we can’t let this momentum die,” Harris said.

Linebacker Jarez Parks spoke at the event and said that each time he comes back home he thanks God because he knows each time he leaves his home could be his last.

Parks said his life has been in constant fear “knowing that no matter how educated, how intelligent, how skilled I am, that my skin can be a perception-changer.”

“We don’t want revenge. We just want fairness and equality, which is something we can all achieve by togetherness,” Parks said.

Chris Owens, center for Alabama, said while he’s only 22, he’s seen enough to grow tired of the struggles Black people must endure.

“As Black people, there are cultural norms that we have to learn to stay safe in society: keep your hands on the steering wheel; always keep a receipt in case you purchased anything,” Owens said. “Why can’t we be equal? All we want is to end systemic inequalities and have equal opportunity.”