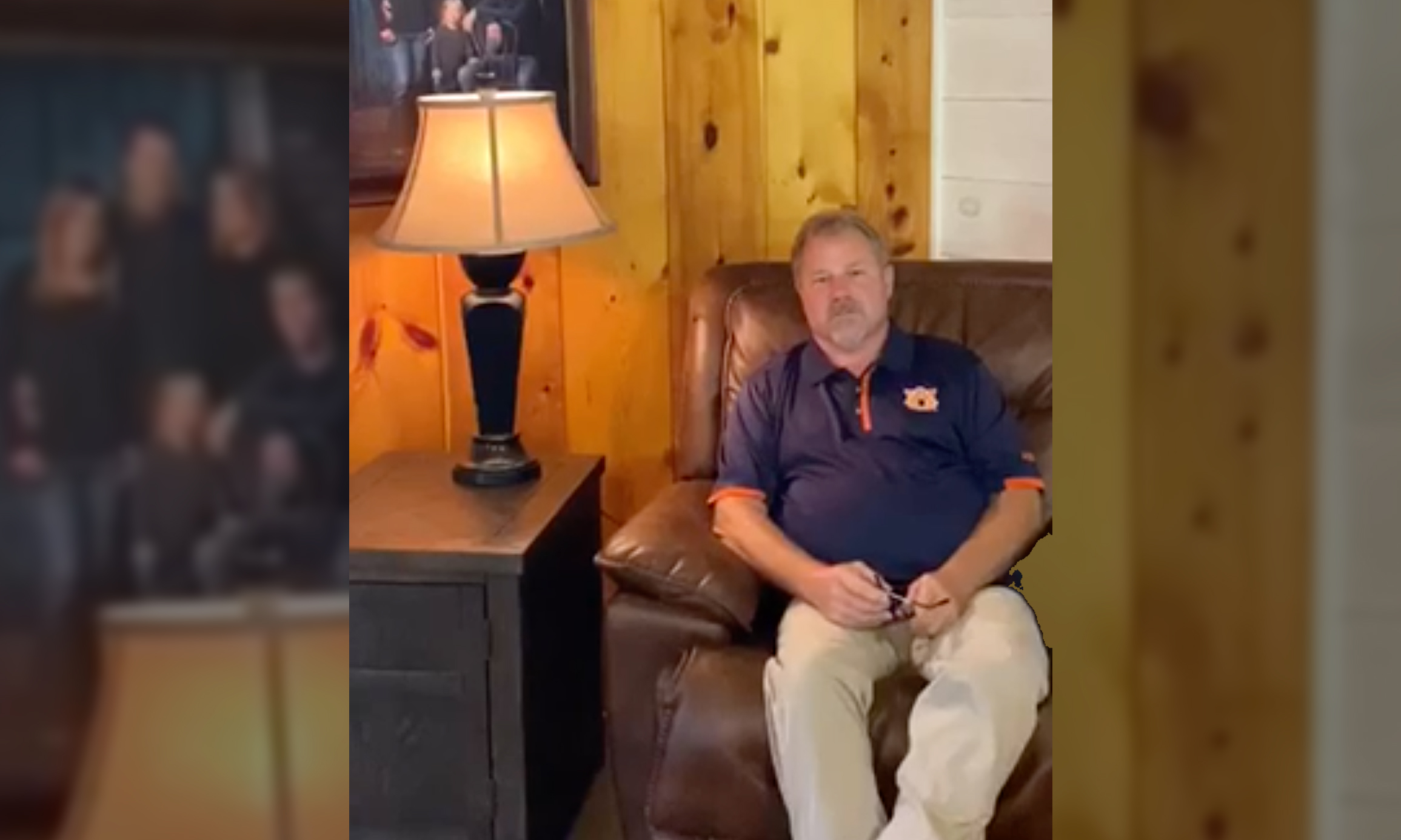 The president-elect of the Association of County Commissions of Alabama issued a video apology Thursday for using a racial slur during a conversation that was captured on a law enforcement officer’s dashcam.

Blount County Commissioner Dean Calvert said he would “never knowingly say or do anything to harm my county,” but he also questioned whether it was actually him on the recording, which he said was from “an unknown source.”

APR was sent a copy of the recording, which runs approximately 30 minutes and is a phone conversation between an officer and apparently Calvert, who is referred to by his first name numerous times. The conversation is recorded on the officer’s dashcam and was submitted as evidence in a divorce case in 2019.

Early in the conversation, the officer tells “Dean” that he has convinced his wife to rent instead of buy a house in a certain area because the homes aren’t of good quality.

“Dean” responds by saying, casually, “Yeah, that (n-word) is just throwing them together.”

“Yep, I told her they were gonna be sh*t,” the officer responds.

Calvert’s use of the racial slur has already caused potential issues for Blount County, as the Birmingham Water Works Board was threatening to pull a lucrative contract with the Blount County Sheriff’s Department over the incident.

Ron Mims, chairman of the BWWB, told the Blount Countian newspaper that he had listened to the recording and was extremely troubled by it. Mims said it left him, and others, wondering “what’s in the hearts of others” in Blount County.

“I feel like we’ve made a lot of progress and I will be so saddened if no one in Blount County steps up and does the right thing,” Mims told the Countian. “We especially have a good working relationship with the sheriff’s department. I cannot tell you what is going to happen, but this is an issue that I will bring before the board and explore all options as to how we move forward.“We cannot ignore prejudice and we cannot accept it. The people of Blount County should not either.”

The BWWB pays hundreds of thousands of dollars annually to Blount deputies to patrol and provide security at two locations on Inland Lake.

“The loss of that contract and the impact it would have on our department would be devastating,” said Blount County Sheriff Mark Moon. “For my guys, it is extra money they depend on. I am deeply appalled by what is said in that recording and deeply disturbed by the way it flowed so easily in the conversation. Racism in any form or fashion is not acceptable and it should not be tolerated.”

Calvert, who has been on the Blount County Commission since 2010, was not identified by name in the Countian’s story. That story notes that letters containing copies of the recording on a flash drive were sent to numerous people, including the BWWB members. The Countian identifies Calvert only as “the official named in the letter.”

In his apology video, Calvert says he doesn’t know if he’s the person in the recording but then goes on to apologize for his comments.

“In today’s society, the right is considered wrong and the wrong are right,” Calvert says in the video. “Not knowing for sure if the person in question is me, the leadership of our county, and myself, have decided that an action must be taken. There is no accuser to come forward, just allegations from an unknown source — this type of allegation and the people behind them have threatened my family in many different aspects.

“For there is no excuse for any type of language in a private or public conversation, I want to take the opportunity to apologize to anyone who I may have offended now or in the past. That has never been my intentions.”

Calvert then launches into a discussion of the accomplishments he feels have been made since he’s been on the Commission.