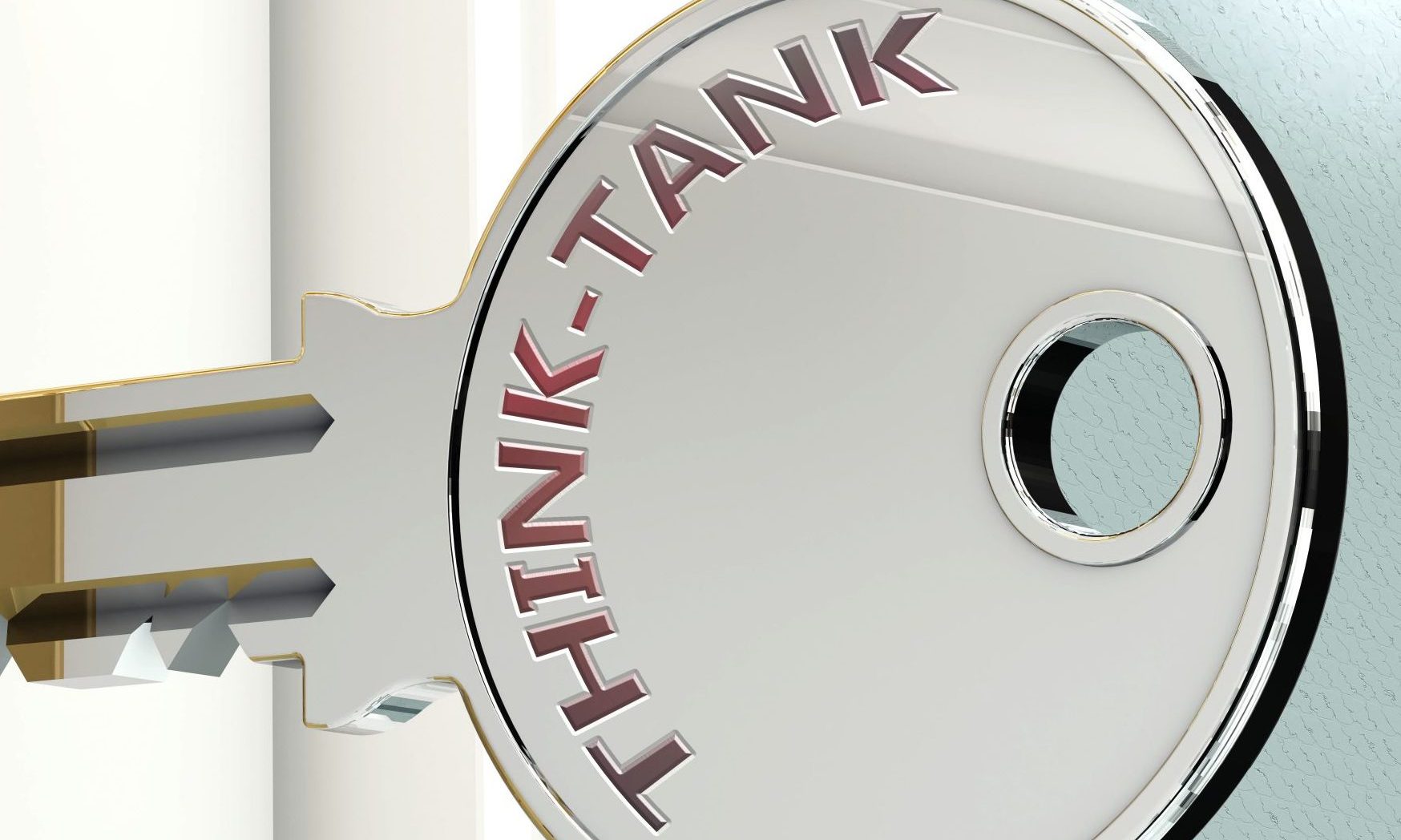 Think tank and success - pictured as word Think tank on a key, to symbolize that Think tank helps achieving success and prosperity in life and business, 3d illustration

Public policy is a complex issue, and scholars disagree on how to express it best. Still, in general, it is a system of laws and regulations that translates political visions into government actions.

For over a century—especially in the United States—think tanks have contributed to government policymaking.

Alabama needs a think tank that is truly devoted to what Gov. Kay Ivey describes as “An Alabama Solution to an Alabama Problem.”

“Think tanks play a critical role in analyzing, developing, and promoting policy solutions, particularly in times of extreme disruption and change,” according to a series held at The Wilson Center. “However, these organizations now operate in information-flooded societies where facts, evidence, and credible research are often ignored — and where ‘alternative facts’ and ‘fake news’ can gain a footing,” the symposium found. “To remain relevant and impactful, think tanks and policy institutes must simultaneously pursue rigor, innovation, accessibility, and accountability more than ever before.”

Distilled to its essence, a government’s policies, like politics, results in who gets what and how. Here in Alabama, far too often, systems are designed to benefit the few while ignoring the many. Even worse, laws and regulations have been used to control and, at times, abuse citizens for the benefit of those in power.

Even among Alabama lawmakers and policy groups, the tendency to embrace “alternative facts” and “fake news” is problematic. This fluid situation has made fact-based, evidence-driven policies more essential than ever as substandard or deliberately false information leads to harmful and sometimes fatal outcomes.

Therefore, it is time for an independent think tank that works to address the state’s unique needs with ideas that arise from the state’s distinctive character and abilities.

Policy groups come in all shapes, sizes, and political leaning. Most notable, The Heritage Foundation and Brookings Institution are broadly representative of the conservative and progressive wings of nationally recognized institutions.

The Heritage Foundation, founded in 1973, is an ideologically conservative institution that owes much of its rise to prominence for the role it played in shaping the conservative movement during the presidency of Ronald Reagan.

The Brookings Institution, established in 1916, is a progressive-leaning organization and has contributed to the creation of the United Nations, the Congressional Budget Office, the Marshall Plan, and various other institutional policies.

There are nearly 2000 national and state policy institutes, but Heritage, Brookings and BPC represent an ideological mix.

In today’s world of both politics and policy, beyond the ideological spectrum is a one-size-fits-all groupthink that ignores the fact that while there are similarities between states, there are also many differences.

While Georgia, Florida, Mississippi, and Alabama may share some common political ideology, its needs, goals and individual priorities vary.

Can Alabama learn from other states? Indeed, but a wholesale adoption of one state’s solution to another state’s problems disregards the governments’ individual nature.

The Republic’s founders understood that each state is its own entity, which is why we have a representative government. This exceptional form of government acknowledges the Republic’s abundant diversity, giving each state its independence.

Our country has a long tradition of private rather than public funding for think tanks, which has contributed to a better understanding of public policy and a better market place for robust ideas.

Mises Institute, located in Auburn, is a world-respected organization that “exists to promote teaching and research in the Austrian school of economics, and individual freedom, honest history, and international peace, in the tradition of Ludwig von Mises and Murray N. Rothbard.”

Birmingham-based Public Research Council of Alabama (PARCA) prides itself as Alabama’s first and only independent research center. Its mission is to inform and improve the decision making of state and local leaders in Alabama through objective research and analysis. PARCA’s studies center on “state and local finances and taxes, school performance, workforce development, and government operations.”

Of the three, API is the most political and is far-right leaning in its research and advocacy.

According to public IRS filings, operating expenses for the three groups range from around $800,000 annually for API and PARCA to over $4 million for Mises.

While these institutions play a role, lobbyists and special interests hold more significant sway over state policy, spending millions more than these think tanks could ever raise.

Public policy shouldn’t be determined entirely by private interests any more than the government should dictate every aspect of private enterprise.

Policymaking should be “a goal-driven decision-making process,” which reserves “a great deal of autonomy” in how an organization carries out its work,” according to Thei Geurts in his book Public Policy Making – the 21st Century Perspective.

Lastly, sound public policy should be stakeholder-driven— the people and not a tool to reward a few. It must be fair, honest and address the most pressing immediate needs, with an eye to the future.

In other words, Alabama solutions for Alabama problems.