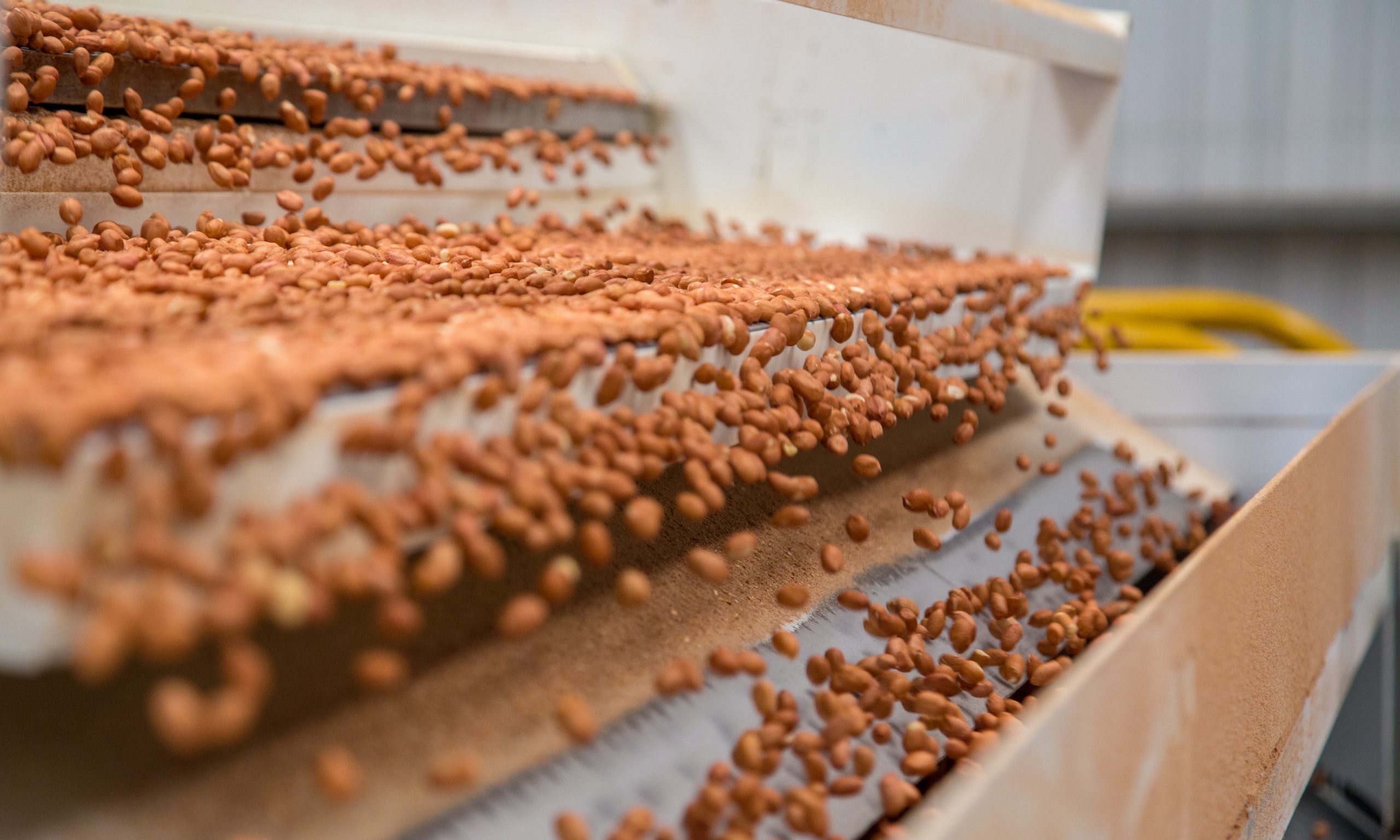 Gov. Kay Ivey on Tuesday announced that an $87 million peanut shelling plant is to come to the Atmore Industrial Park. The new plant is likely to produce more than a hundred jobs.


Coastal Growers LLC — owned by a cooperative of farmers, most of them from Alabama — plans to build the plant in Atmore, turning the Escambia County city into a hub for peanut shelling in southwest Alabama, according to a press release from Ivey’s office.

“The Coastal Growers facility in Atmore will become a vital resource for peanut farmers in Alabama and beyond by helping to make their operations more sustainable and profitable,” Ivey said in a statement. “I look forward to seeing the impact that this project is going to have for our farmers and for the region.”

Paul Turner, an attorney representing the company, said the average wage in the plant will be more than $17 per hour, and there will be temporary positions added during peak shelling times, according to the release.

“We are excited to be able to announce this project today, to bring peanut shelling to south Alabama, and to bring economic benefit to the hard-working farmers of our state who so desperately need it,” Turner said in a statement.

“We also offer our sincere gratitude to Alabama Governor Kay Ivey, Atmore Mayor Jim Staff and everyone else who made this project possible and brought us to Atmore, including the Alabama Farmers Federation and the Alabama Peanut Producers Association, both of which were vital in the project’s development,” Turner continued.

Jess Nicholas of Centerfire Economic, who serves as executive director of the Escambia County Industrial Development Authority, said he expects the facility to ultimately employ 150 workers and attract other businesses to the area, according to the release.

“Shelling operations tend to attract other businesses in this sector, and also spur development in infrastructure and other areas. We expect it to have a positive effect on the Port of Mobile as well,” Nicholas said in a statement. “We worked hard to bring Coastal Growers here, and we’re very thankful to Coastal Growers for picking us, and for Governor Ivey for supporting our efforts. We’re on the map now as far as peanut production is concerned.”

Glenn Spivey, president of Dothan’s Hollis & Spann Inc. and lead on construction of the plant, said it will take about one year to build the 400,000 square foot facility.

Coastal Growers’ Brad Smith and Joe Parker are two of the driving forces behind the project. Both said the Atmore location is the perfect site for the company.

“The peanuts we have in this area are among the highest quality available, yet we really had no infrastructure for shelling in this area,” said Parker, owner and general manager of Summerdale Peanut in Baldwin County.

“While we looked at other possibilities in other states, Atmore really did make the best sense for us in the end, and the state was strongly supportive of our efforts the entire time,” Smith said. “They did a fantastic job of making us feel welcome in Escambia County.”

Mark Kaiser, a Baldwin County farmer, said the new facility will allow farmers to capture more profit from their own crops, giving them more control over their own operations.

“This facility will be owned by the farmers that use it, and they’ll keep those profits themselves,” Kaiser said. “That’s good for both the farmers and for the immediate area, because the money will just keep turning over locally.”

Atmore Mayor Jim Staff in a statement welcomed the new plant, and said in addition to the new jobs, the facility will bring opportunity to the city.

“It’s what we’re able to do for our farmers and their families who have lived here and worked here for generations. They’ve spent their money in Atmore, and they’re an important part of our community,” Staff said.