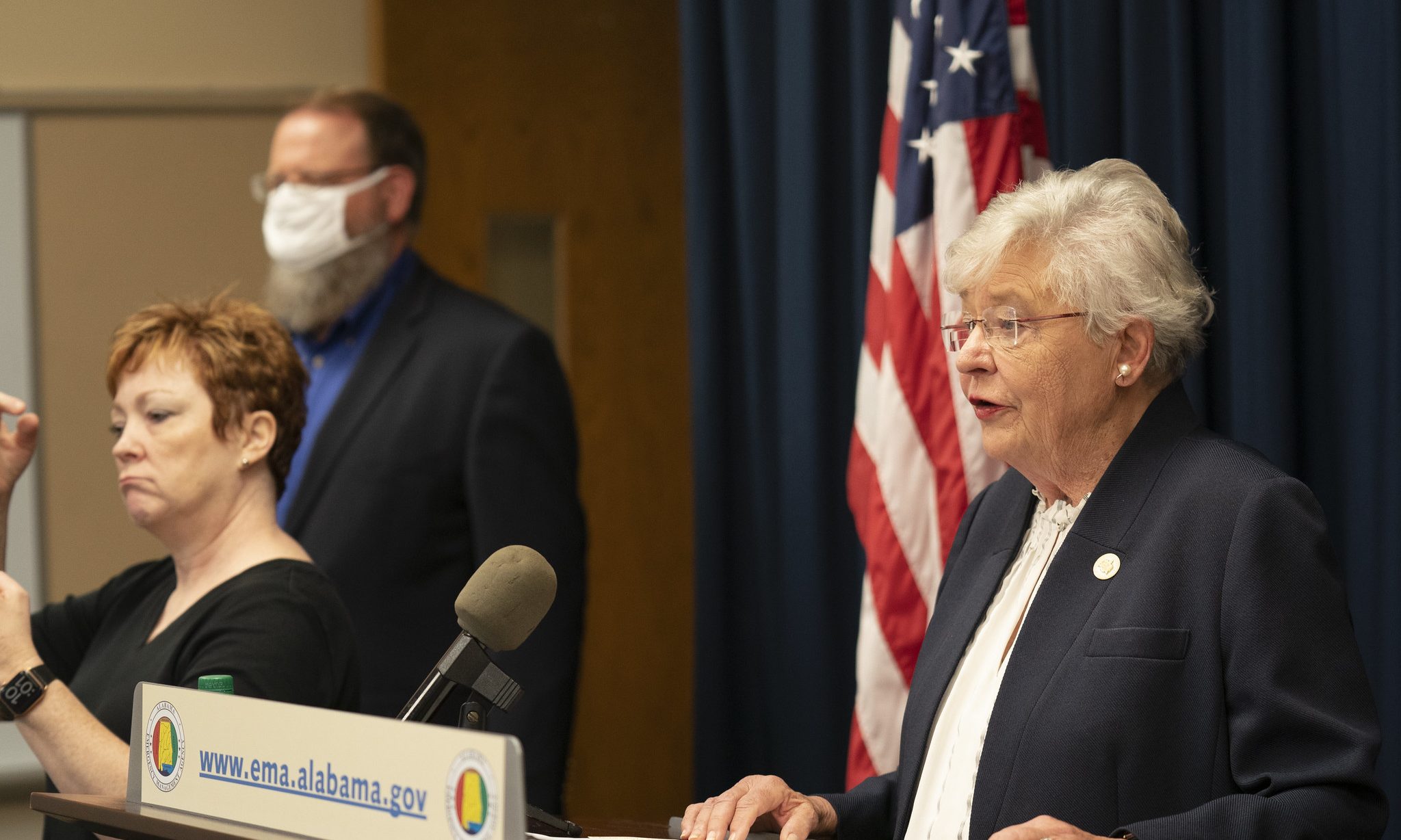 “Let me assure you they already had an army of people on the ground ready to do just that, but Wednesday’s weather made it almost impossible for people with the power company and Power South to do anything except provide power for hospitals and water systems and the like,” Ivey said.

“I know it’s uncomfortable and downright scary to be sitting in the darkness of your home without any lights. Please be patient. These linemen will be working at warp speed to try to get your power restored,” Ivey said.

Ivey cautioned people impacted by the hurricane to call 911 only in the event of a life-threatening circumstance, to not get out on roadways or try to inspect damage unless absolutely necessary and to avoid driving in standing water.

Brain Hastings, director of the Alabama Emergency Management Agency, said that as of Thursday morning there was one confirmed death in the state caused by the hurricane, but cautioned that over half the deaths in Louisiana from Hurricane Laura in August were due to preventable accidents, including the use of generators without carbon monoxide detectors, falling off of roofs and heat stroke.

“So during this time of response and recovery, please use caution and keep yourself and your family safe. “Please do not create a disaster within the disaster,” Hastings said.

“I want to remind everyone that this disaster is not over, and flooding continues to be a problem in the southern counties of Alabama,” Hastings said. “And we expect a lot of rivers to be in moderate or major flood stage starting today at noon, and continuing through the weekend.”

Hurricane Sally developed into a Category 2 hurricane as it built up strength in the Gulf, before making landfall at Gulf Shores on Wednesday bringing 105-mph sustained winds and heavy rains, toppling trees, damaging piers and buildings and knocking out portions or bridges and roadways.

An Alabama Power spokeswoman told APR on Thursday that there were approximately 120,000 customer outages in the Mobile area, 14,000 in Central Alabama less than 1,000 in Southeast Alabama.

Hastings encouraged those who want to help the victims of Hurricane Sally to give to their favorite charity or to donate to the Governor’s Emergency Relief Fund by visiting this website.