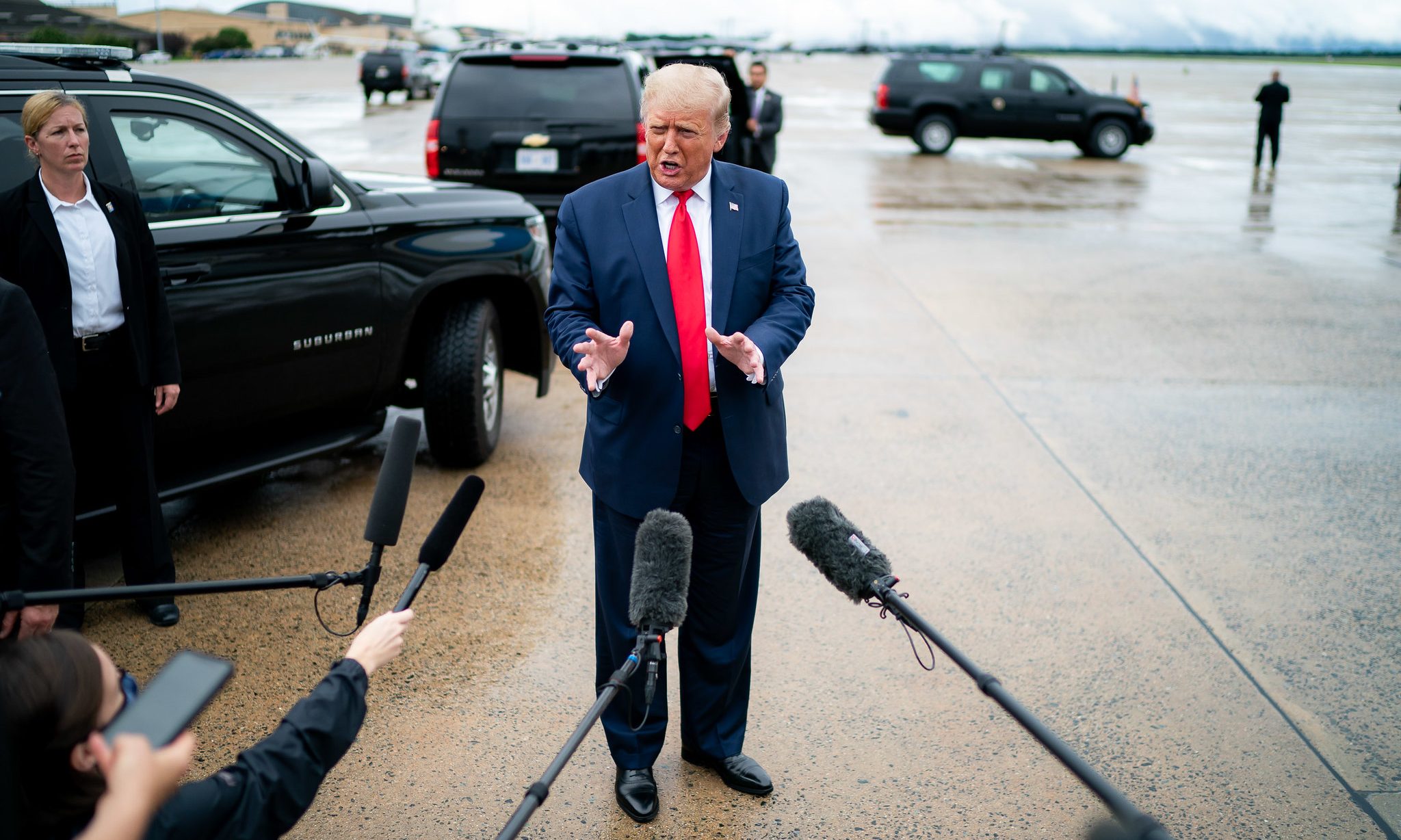 President Donald Trump reportedly urged congressional Republicans to go for “much higher numbers” in a coronavirus aid bill. The president and his team are trying to end a deadlock over coronavirus economic relief ahead of Congress breaking for the Nov. 3 elections.

After the Senate returned from their Labor Day recess, Senate Majority Leader Mitch McConnell, R-Kentucky, brought a $300 billion “skinny” coronavirus aid package up for a vote. No Democrats supported the GOP package.

“Every Senate Democrat just voted against hundreds of billions of dollars of COVID-19 relief,” McConnell said. “They blocked money for schools, testing, vaccines, unemployment insurance, and the Paycheck Protection Program. Their goal is clear: No help for American families before the election.”

Democrats continue to insist on a bigger bill and now Trump is pushing Republicans to accept a bigger deal.

“Go for the much higher numbers, Republicans, it all comes back to the USA anyway (one way or another!)” Trump wrote on Twitter Wednesday.

Speaker of the House Nancy Pelosi, D-California, and Senate Minority Leader Chuck Schumer, D-New York, have expressed optimism this week. Pelosi and Schumer said in a joint statement they were encouraged and hoped White House negotiators would now “meet us halfway.”

A coronavirus relief bill of over $2 trillion is reportedly being discussed, and Republicans are divided on this.

Some Senators favor passing stimulus and some, including Sen. Rand Paul, R-Kentucky, oppose any stimulus, citing concerns about adding trillions more to the ballooning budget deficit.

Paul was the only Republican to vote against the skinny stimulus because he opposes even that small package.

Sen. John Thune, R-South Dakota, said that the plan should stay in a “realistic” range. “As you go upwards from there ($1 trillion) you start … losing Republican support pretty quickly,” he said.

Thune said there was some Republican interest in the $1.5 trillion package presented this week by the Problem Solvers Caucus, but not in the $500 billion in bailouts for state and local governments.

“So the president has his opinion, we have ours,” said Sen. Ron Johnson, R-Wisconsin, arguing that the package should not be above $300 billion.

But Republican Sen. Lindsey Graham said something needed to be done, although “well below 2 trillion.”

Advocates for businesses and state and local governments impacted by the coronavirus global pandemic say that without more federal aid they were going to have to start laying off people.

Some economists fear that more business closures and layoffs this fall could hurt the economic recovery, especially if there is not a coronavirus vaccine this year.

The Congress has already passed over $3 trillion in coronavirus aid, all of it paid for with deficit spending.

The national debt is $26.8 trillion. Adding another $3 trillion to the debt for another aid package will likely lead to the debt topping $30 trillion in the next six months no matter who is elected in November.