Alabama voters in the Nov. 3 election will have to decide on whether to add six constitutional amendments to what is already believed to be the longest constitution in the world.

If approved, three of the amendments won’t actually make substantive changes to state law, however.

To be added to the constitution, the amendments must receive support from a majority of voters.

Amendment 1 — sponsored by State Sen. Del Marsh, R-Anniston — would “grant the right to vote to ‘only’ those U.S. citizens who meet the requirements.”

The amendment makes no changes to state voting requirements, and it’s already a federal requirement to be a U.S. citizen to vote. Marsh told WBRC that the amendment “sends a message to Washington.” Opponents to Amendment 1 say it could make it easier for the GOP-controlled Legislature to restrict voting rights.

Amendment 2 processes numerous changes to the state’s judicial system, including a change that would allow Alabama Supreme Court, rather than the Chief Justice, to appoint the Administrative Director of Courts.

The amendment would also increase the Judicial Inquiry Commission from nine members to 11 and would  allow Governor, rather than the Lieutenant Governor, to appoint a member of the Court of the Judiciary.

If approved, it would also prevent automatic disqualification from holding public offices for a judge solely because a complaint was filed with the Judiciary Inquiry Commission. Additionally, it would provide that a judge can be removed from office only by the Court of the Judiciary.

Amendment 3 would extend the time appointed district and circuit court judges serve. State law now mandates appointed judges serve one year, or until the end of the term of the judge whom they were appointed to replace, whichever is longer.

The amendment would allow the appointed judge to serve two years before running to keep their judgeship in an election.

The rearranged version of the state constitution would have to be drafted by the state Legislature in 2022, according to the amendment, and the new draft wouldn’t become law until approved by a majority of voters.

Amendments 5 and 6 relate to Franklin and Lauderdale counties only, and if approved, would add to the state constitution that “a person is not liable for using deadly physical force in self-defense or in the defense of another person on the premises of a church under certain conditions” in both of those counties.

Alabama already has a “stand your ground” that applies to the use of deadly force in churches, however.

Alabama Attorney General Steve Marshall in a Jan. 2 statement, following the West Freeway Church of Christ shooting in White Settlement, Texas, wrote that Alabama law “does not impose a duty to retreat from an attacker in any place in which one is lawfully present.” 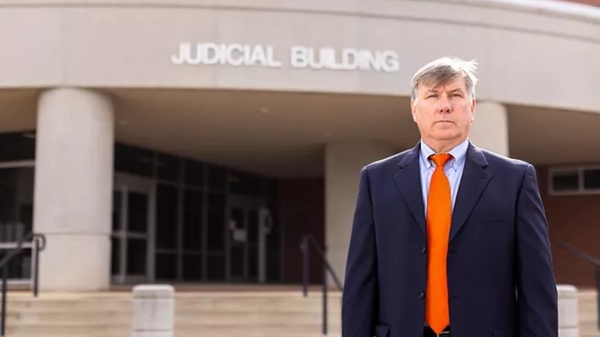 As a prosecutor for the past 15 years, Tickal has tried hundreds of criminal cases in both Opelika Municipal and Lee County Courts.

Winning the Republican primary is tantamount to election in the Heart of Dixie.