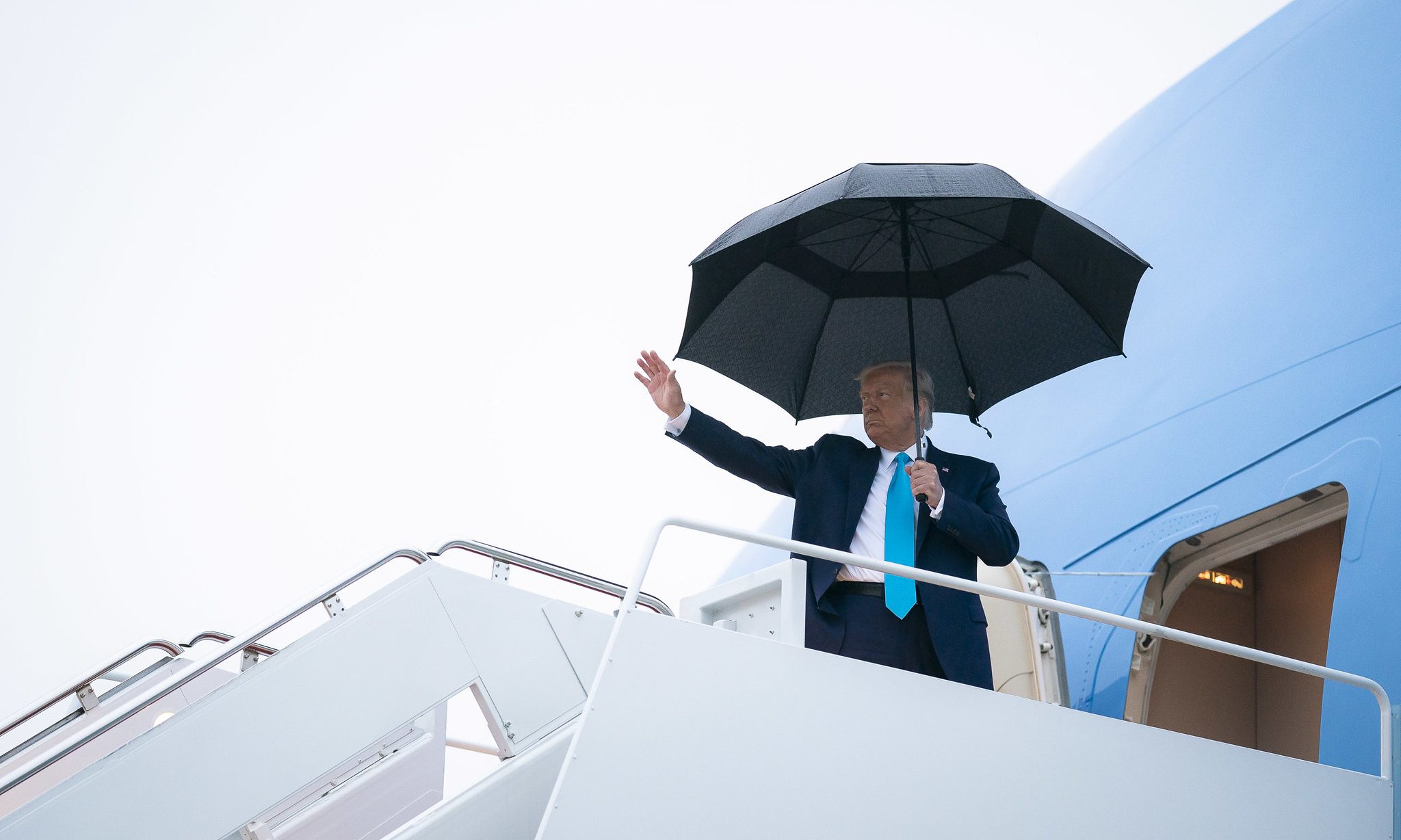 Both President Donald Trump and First Lady Melania Trump have tested positive for the coronavirus, following a recent positive test by White House adviser Hope Hicks, according to the White House and several news organizations.

Trump tweeted at midnight Thursday, “Tonight, @FLOTUS and I tested positive for COVID-19. We will begin our quarantine and recovery process immediately. We will get through this TOGETHER!”

Alabama Gov. Kay Ivey said that she is praying for the president’s recovery.

I am praying for a full and swift recovery for our terrific @POTUS & @FLOTUS. Alabama stands with you, Mr. President, and we appreciate your steadfast leadership. We are stronger together, and we WILL get through this. #alpolitics https://t.co/cTvpGDPM6d

In January, the president thwarted an effort by House Democrats to impeach and remove him, the economy was booming, the new USMCA trade agreement was signed, the first round of a new trade agreement with China was signed and it appeared that Trump would be re-elected to a second term.

At least 7.4 million Americans have tested positive for the virus, and now the president has it. At least 212,694 of those Americans have died, most of them senior citizens like Trump.

For most people the virus is relatively mild if they have any symptoms at all, but for approximately one fifth it can be a very challenging illness. At least 4.7 million Americans have already recovered from the coronavirus but 2.5 million Americans still have active cases of the virus, including Melania and Donald Trump.

On Tuesday, Trump was on the debate stage with Democratic nominee former Vice President Joe Biden. The two did not shake hands due to COVID-19 social-distancing protocols.

Unfortunately the virus can become airborne for short distances, especially in poorly ventilated spaces. It is too early to know if Biden was exposed to the virus at the debate. His campaign has said he plans to get tested.

During the debate, Biden criticized the president for holding large campaign rallies, which he called reckless. Unlike Trump, Biden has limited his campaign appearances due to coronavirus concerns.

If Trump were to be incapacitated by the virus then Vice President Mike Pence would assume his duties. Pence is a former congressman and governor of Indiana.

A spokesperson said Friday that Pence and his wife tested negative.

“My most heartfelt prayers are with President Trump and the First Lady, and my sincere hope is that all Americans will place partisan feelings aside to support the first family’s quick and full recovery,” Byrne said. “I have the utmost confidence in the abilities of White House doctors and staff to treat them and in our government to continue functioning uninterrupted during this time.”

Our prayers are with @realDonaldTrump and @FLOTUS. Please lift them up as they fight against this virus.

Praying for a speedy recovery for the President and First Lady! https://t.co/j1lt70x2O8

Wishing the President and First Lady a speedy recovery from COVID-19.

Praying for a speedy recovery for both. https://t.co/TDATxeA4Cn

Suzanne and I are praying for the President and First Lady following their positive test for COVID-19.

“Our family is praying for the President and First Lady for their protection, healing, and rapid recovery from the COVID virus,” Moore said in a statement. “I believe the American people will rally in prayer around our great leader and all those around him, especially Ms. Hicks, as they recover from this virus. President Trump is a fighter. I have no doubt he will tackle this virus with the same stubborn resolve that we see in him every day. I expect he’ll continue to actively work for us from the White House, and will continue to campaign for his reelection using social media and technology as he has done so effectively in the past. He continues to be my choice to lead our nation for the next four years.”

Democratic presidential nominee former Vice President Joe Biden said in a statement that he hopes that the Trumps have a “swift recovery.”

Jill and I send our thoughts to President Trump and First Lady Melania Trump for a swift recovery. We will continue to pray for the health and safety of the president and his family.

The election is just 32 days away. Whether the remaining presidential debates will be rescheduled or cancelled altogether under the circumstances is not known yet.