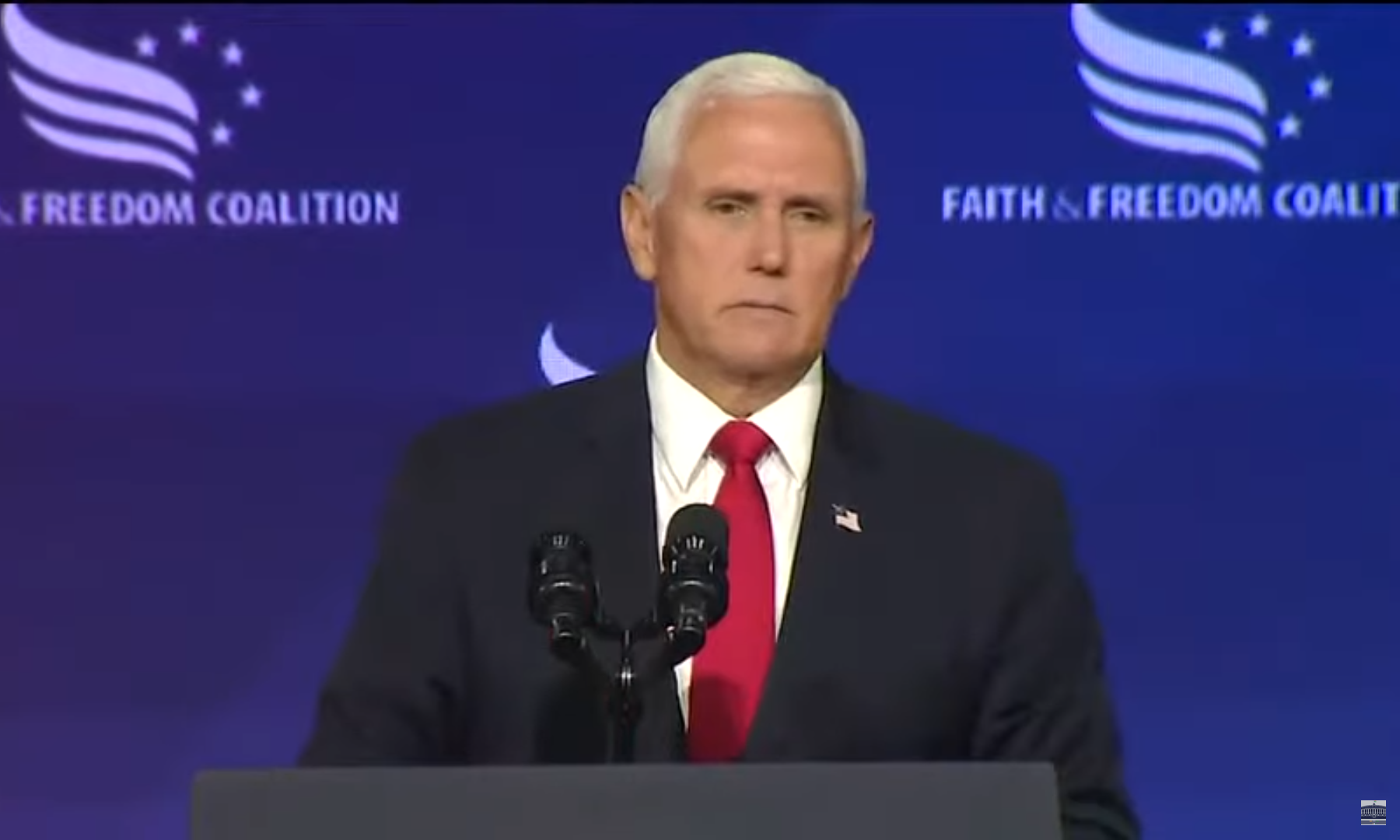 Vice President Mike Pence spoke at the Faith and Freedom Coalition Policy Conference in Atlanta. Pence spoke for 50 minutes trying to energize Georgia voters. Georgia is critical to Republican hopes in the 2020 election.

“I am here for one and only reason: Georgia and American need four more years of President Donald J. Trump in the White House,” Pence said.

“I am a Christian, a conservative and a Republican in that order,” Pence told the crowd.

“It is 34 days until another great victory for faith and family and freedom across America, because we have a great story to tell,” Pence continued. “Years ago we inherited a military that was hobbled by devastating budget cuts, an economy that was struggling to break out of the slowest recovery since the Great Depression, terrorism was on the rise around the world and maybe worst of all we had witnessed eight year of steady assault on our most cherished liberties.”

“I couldn’t be more proud to stand before you as a father and father-in-law of two members of the military to tell you that under President Donald Trump we rebuilt our military and gave members of the Army, Navy, Air Force, Marines, and Coast Guard, the resources they deserve,” Pence said.

Pence said that Trump reformed the VA and turned the U.S. into a net energy exporter for the first time since the 1950s. Pence also praised Trump’s Supreme Court nominee Amy Coney Barrett and predicted that she would be confirmed.

Team Trump Leader and Trump Victory Finance Committee member, former State Rep. Perry Hooper Jr. and former State Sen. Shadrack McGill were in attendance. The pair of Alabama Republican leaders had a lunch meeting with Pence at the St. Regis Hotel during his visit to Atlanta.

Hooper and McGill both said that the vice president delivered an outstanding speech.

“The VP opened up his speech saying that the President took the fight to Biden last night during the Debate,” Hooper said.

“President Trump has kept the promises that he made to the American people”, Pence said.

“President Trump has every right to appoint Judge Amy Coney Barrett to the US Supreme Court,” Hooper said. “I thanked the VP for his leadership and told him that Alabama was going to send Coach Tommy Tuberville, a solid conservative to the US Senate.”

The general election is Nov. 3.