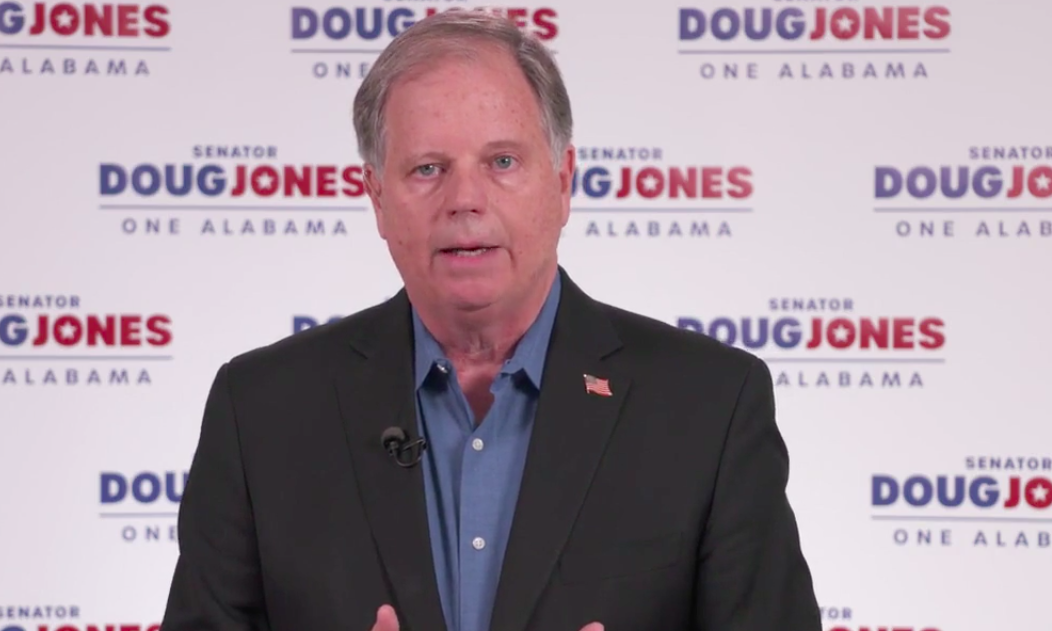 President Donald Trump said Tuesday on Twitter that he was cutting off negotiations on another coronavirus stimulus bill and will instead move forward to the election without addressing the issue of COVID-19 aid.

The president “will not accept the COVID-19 relief plan that’s been under discussion for the past few weeks – instead, Trump decided all negotiations over COVID-19 relief would be postponed until after the election,” the Jones campaign wrote.

“It’s bad enough to reject a comprehensive plan for COVID-19 relief – one that would have extended unemployment benefits, provided funding for testing and PPE for schools and health care heroes, and protected our struggling small businesses – simply because it was proposed by Democrats,” the campaign said in a statement. “But to give up on negotiations entirely, to hold relief hostage over the outcome of the election? Doug won’t stand for that, and none of us can sit on the sidelines and let it happen.”

“This is a perfect example of why we need Doug in the Senate. He promised to be an independent voice for Alabama, and he’s put people before party in every vote he’s taken,” the Jones campaign argued. “Doug will always vote with the President (no matter who it is!) when it’s good for Alabamians, for Americans, and against the President when it’s not. But Tommy Tuberville has said he ‘has Trump’s back, 100%,’ and he’s never expressed a single independent thought about anything the President has done or said. Now, the President’s political games with pandemic relief are no exception – Tuberville has Trump’s back, not ours.”

“People’s lives and livelihoods must always come before politics, especially when it comes to pandemic relief,” the Jones campaign said.

The Jones campaign also announced that they were collecting petition signatures to demand that the president take action now.

The stocks market dropped Tuesday afternoon after Trump ordered his staff and Republicans to end stimulus negotiations until after the November election.

The Dow Jones index dropped 376 points following the announcement. The DOW closed down 1.3 percent. The S&P 500 dropped 1.4 percent, and the Nasdaq Composite finished down 1.6 percent.

Before that statement, the market was soaring anticipating a deal on the coronavirus aid package. All of those gains were quickly erased and the markets plunged in to negative territory, a 600 point Dow drop from the day’s high.

“I have instructed my representatives to stop negotiating until after the election when, immediately after I win, we will pass a major Stimulus Bill that focuses on hardworking Americans and Small Business,” Trump said on Twitter.

“Our Economy is doing very well,” the president claimed. “The Stock Market is at record levels, JOBS and unemployment…also coming back in record numbers.”

Unemployment in September was 7.9 percent, down sharply from the peak during the COVID-19 forced economic shutdowns earlier this year but still extremely high. Hundreds of thousand continue filing for unemployment across the country, and food insecurity is growing.