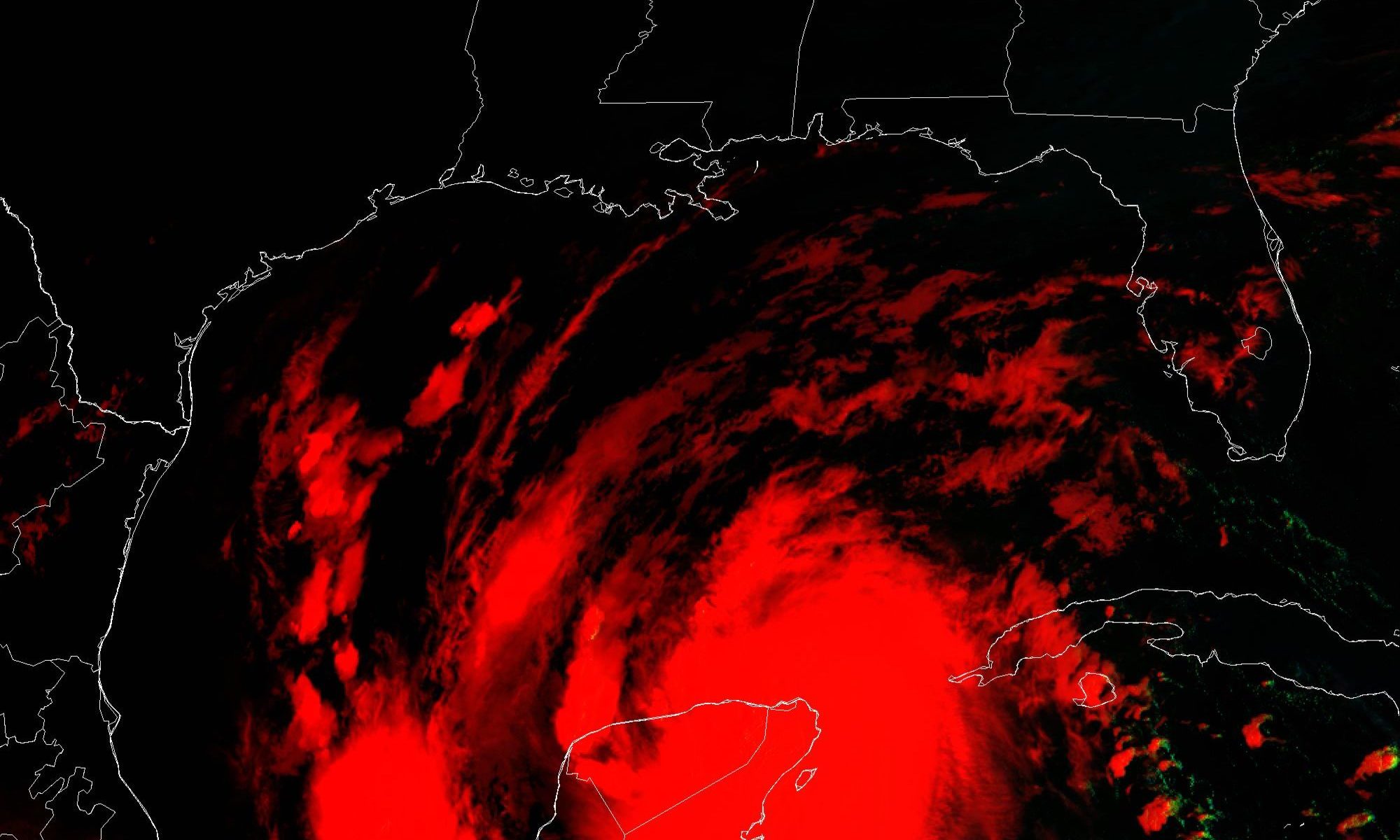 Hurricane Delta on its current forecast track will come ashore late Friday night or early Saturday morning. Delta is currently expected to make landfall in Louisiana south of New Orleans. As we saw with Hurricane Sally, though, these storm can and do move and meander from their anticipated paths.

Gov. Kay Ivey has ordered tourists along the Alabama coasts and in vulnerable areas of Mobile and Baldwin Counties to evacuate the area today.

Delta is a much bigger storm than Sally. It is currently a category four Hurricane with 130 mile per hour winds. According to the National Weather Service, Delta is anticipated to make landfall as a category three.

It has weakened somewhat as it has impacted Cancun and the Yucatán Peninsula, but is anticipated to re-intensify as it moves over the Gulf of Mexico, but will weaken somewhat when it reaches the northern Gulf, due to lower water temperature levels.

Authorities are warning that there is an increasing likelihood of life-threatening storm surge and dangerous hurricane-force winds, especially along the coasts of Louisiana and Mississippi, beginning on Friday.

Due to the size of Hurricane Delta, some storm surge flooding is likely as far east as the Alabama Gulf Coast.

Typically, the east side of a hurricane gets the heaviest rain and Alabama will be on the east side of the circulation. Delta is expected to lead to widespread rainfall on Friday night, Saturday and Saturday night.

A few brief, isolated tornadoes are possible mainly over western Alabama Saturday, according to Tuesday’s forecast. Winds Saturday will be mostly in the 15-25 range across Alabama, but a few spots over the western part of the state could see gusts to 40 mph.

Again, it is possible that Hurricane Delta will track to the west and be a smaller impact on Alabama. It is equally possible that the storm could track further east than what is currently being predicted, as we saw with Hurricane Sally, and present even more of a threat.

Residents of the Alabama Coast and low-lying areas of Mobile and Baldwin Counties should watch the weather forecasts closely and be prepared to implement their hurricane plans if the forecast changes for the worst.

“Now is the time to maintain good situational awareness of Hurricane Delta and get prepared in case the impacts affect us here locally,” the Mobile County Emergency Management Agency said Tuesday. “Mobile County residents, now is the time to prepare, get your disaster supplies also continue to monitor Hurricane Delta and be prepared to make a safe decision for you and your family if necessary.”

Many parts of the Alabama Gulf Coast are still doing repairs from Hurricane Sally. This has been the busiest storm season on record, with Hurricanes Laura, Sally and Beta being the most memorable.

All 21 hurricane names that were planned for this year have already been used and now the National Weather Service is naming storms after letters in the Greek alphabet.