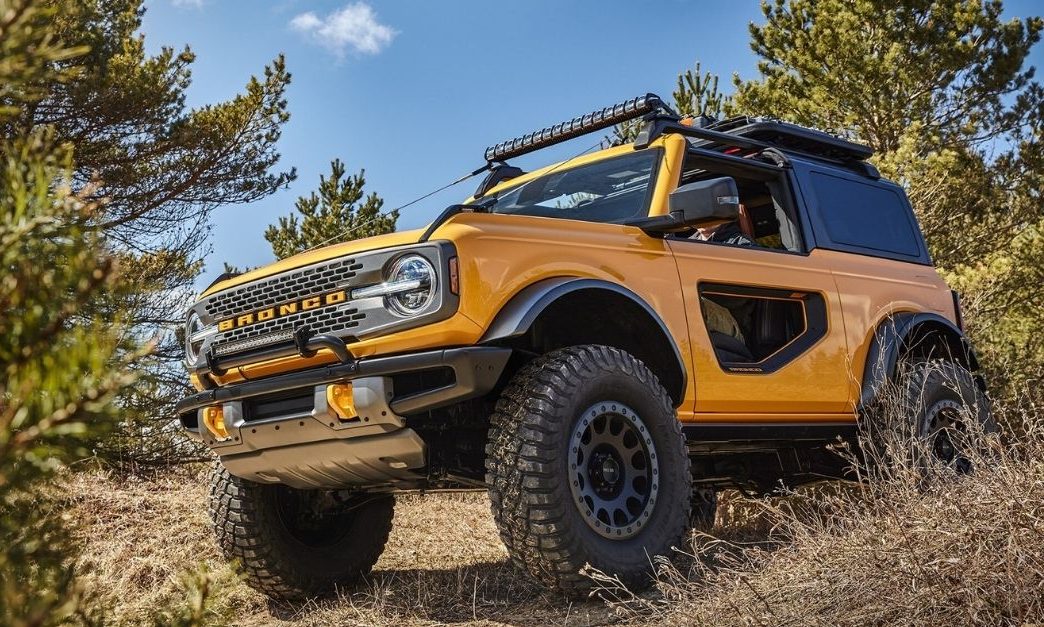 ArcelorMittal in Mobile County was selected as the sole Gen 3 steel supplier for the 2021 Ford Bronco. This vehicle will be the first automobile in the world to incorporate Fortiform 980 GI, which is made at ArcelorMittal’s AM/NS facility in Calvert, Alabama.

Ford is placing a huge priority on light weighting and safety for the new Bronco and this steel grade accomplishes both, most notably helping to decrease the total vehicle weight by 10 percent making it more fuel efficient.

Steel, however, is stronger than aluminum or plastic thus making a safer vehicle whose occupants are more likely to survive an automobile crash.

ArcelorMittal’s co-engineering capabilities, helped foster the close collaboration between ArcelorMittal R&D and Ford’s design and welding experts. This synergy played a pivotal role in this project.

President Donald Trump’s administration has prioritized the encouragement of American steel manufacturing in trade negotiations. Tariffs placed on cheap foreign steel being allegedly dumped in the American market have made it advantageous to use American produced steel.

Both ArcelorMIttal and U.S. Steel have begun building new electric arc furnaces at their facilities in Alabama.

“In Alabama, we are witnessing immediate results from terms the Trump administration outlined in the USMCA, specifically the requirement for the automobile industry to utilize more steel made in North America,” said economic developer Nicole Jones. “Ford, an iconic American company, established a rigorous application process to become the Gen 3 steel supplier for the 2021 Ford Bronco, and Alabama-based ArcelorMittal met the challenge.”

ArcelorMittal is in preliminary negotiations with Ford on supplying the steel for other vehicles. The company is negotiating with Ford and other original equipment manufacturers on how the world-class Fortiform 980 GI can meet their stringent lightweighting and safety targets for the vehicles of tomorrow.

Once ArcelorMittal completes its new electric arc furnace steelmaking facility at AM/NS Calvert, the company will have the capability of producing 1.5 million metric tonnes of steel slabs for the Hot Strip Mill and producing a broad spectrum of steel grades required for Calvert’s end-user markets including the automotive industry.

ArcelorMittal is investing more than $500 million at its Mobile County mill to help the company serve customers.

AM/NS Calvert is the world’s most advanced steel finishing facility and demonstrates the highly successful partnership between ArcelorMittal and Nippon Steel Corporation.

AM/NS Calvert was originally built by Thyssenkrupp, with a total investment cost of $4 billion. The plant was acquired by ArcelorMittal and NSC as a 50-50 joint venture in 2014.

The joint venture has already invested more than $200 million into strategic projects in Calvert since its acquisition, before the ongoing planned $500 million expansion.

ArcelorMittal says that their goal is to help build a better world with smarter steels.

Steels made using innovative processes which use less energy, emit significantly less carbon and reduce costs. Steels that are cleaner, stronger and reusable. Steels for electric vehicles and renewable energy infrastructure that will support societies as they transform through this century.