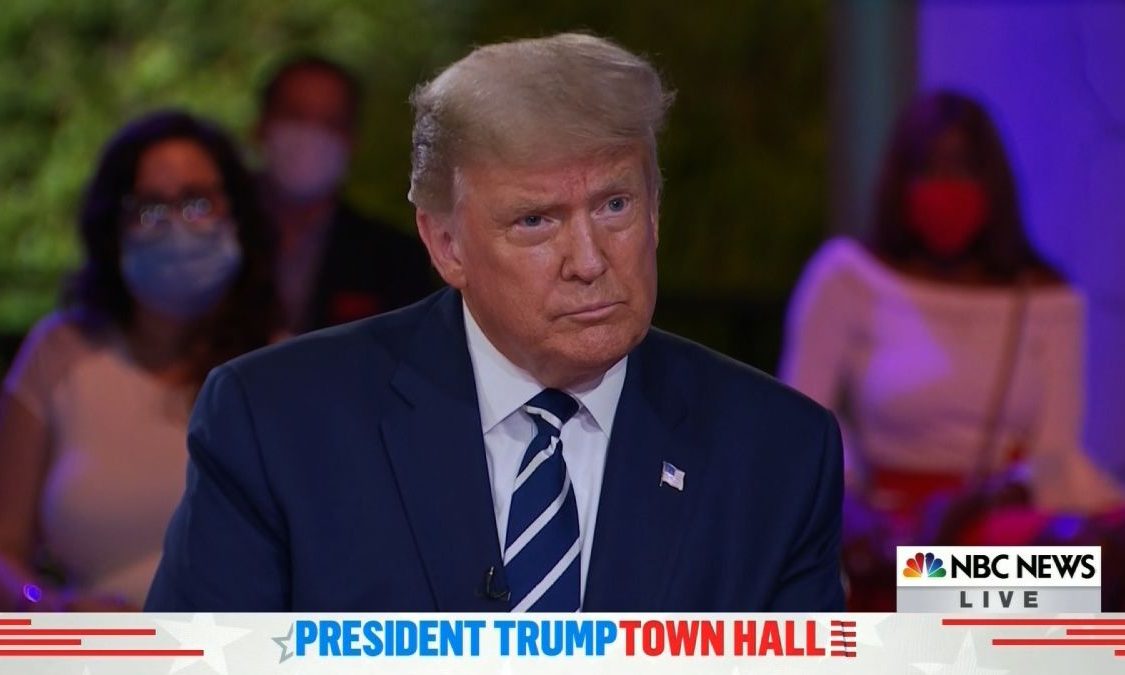 “I was pleased with how President Trump did during his Town Hall,” Moore said. “Thursday night, despite what I felt was a moderator that was biased against him. He did a great job of pointing out his record of success and how a Joe Biden administration would be disastrous for our economic recovery from the COVID pandemic.”

“This President can rightly claim to have created the greatest economy in our nation’s history, and I’m so glad we had those three years to recover from the Obama/Biden Great Recession before the pandemic hit,” Moore said. “I don’t think there’s any doubt Donald Trump is the better choice to lead us through the pandemic reopening and recovery.”

“The President was very high energy and was confident in his responses to the guests questions,” Hooper said. “It was obvious that the crowd loved him. They clapped for the President and a guest seated right behind the President seem to agree with everything the President said. One lady that was introduced as someone leaning to voting for Biden seemed mesmerized by the President and complimented him. The only person in the room that came across not supporting the President was NBC’s Savannah Guthrie. In my opinion, I believe the left was putting a lot of pressure on her to be argumentative. As far as Biden’s Town Hall Meeting went, He finally indicated he was for packing the Court. That should scare the heck out of Conservative Americans.”

There was originally supposed to be three presidential debates, but after the first debate, Trump tested positive for the coronavirus. Following a brief hospitalization, the president recovered. The non-partisan Commission on Presidential Debate updated the rules so the debate could be held virtually. Trump rejected that option and thus a debate was replaced with two different town halls.

“I was disappointed that we missed a chance to directly compare President Trump and Mr. Biden because of their competing Town Halls, but what I did see of Mr. Biden’s performance was more of the same old, same old–he’s both for and against basically every issue, and even with a sympathetic moderator he couldn’t keep his stories straight,” Moore said. “I’m looking forward to the final debate because I expect our President to once again show why he’s our best choice for the next four years.”

Moore is running in the general election on Nov. 3 for Alabama’s 2nd Congressional District. He owns a small waste management company along with his wife, Heather. They have four children. Moore was elected to the Alabama House of Representatives in 2010 and re-elected in 2014. He lost in the Republican primary in 2018.