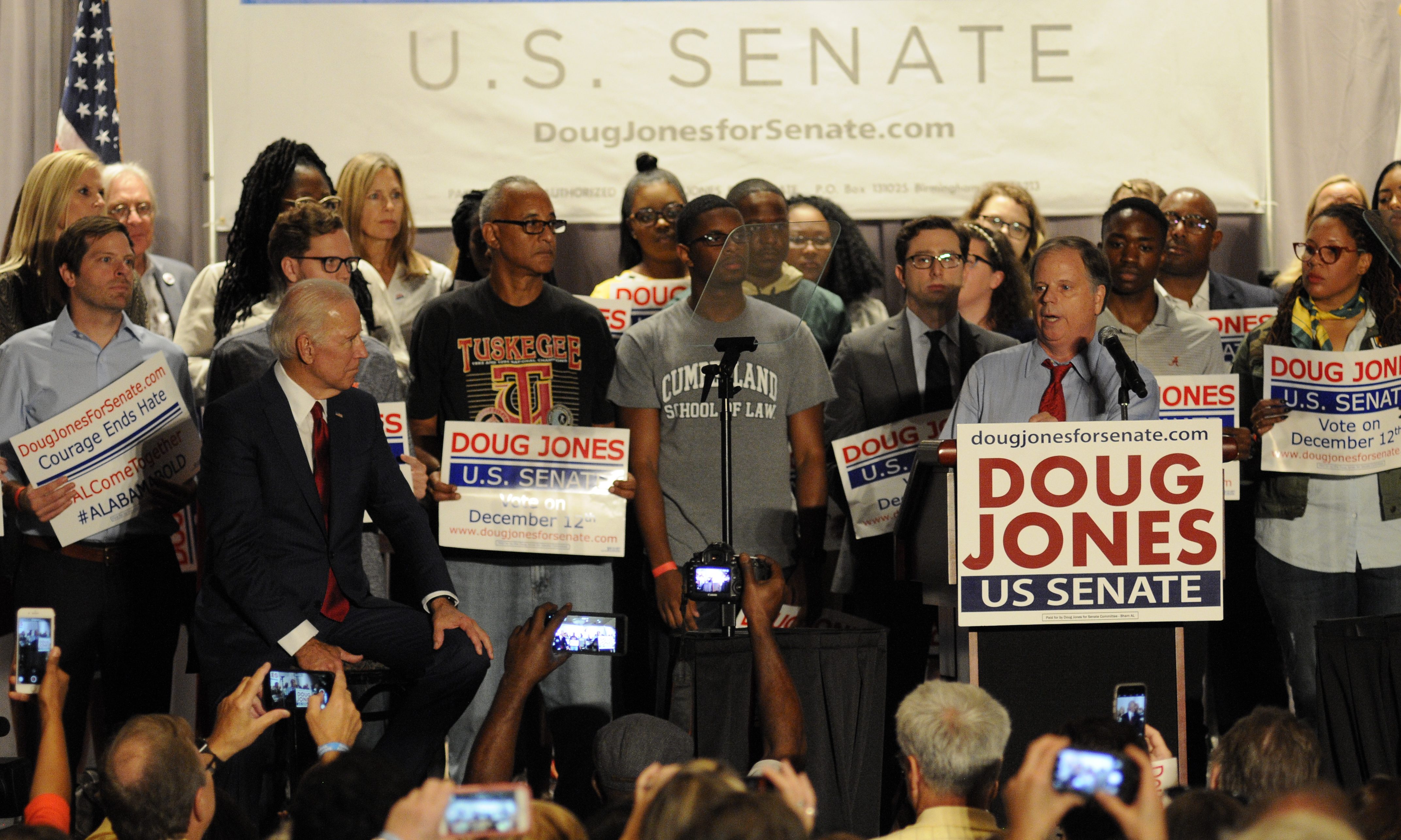 “I wanted to reach out to you about an old friend of mine: Doug Jones,” Biden said. “You might not believe this, but I met Doug more than 40 years ago, when I was a newly-minted junior senator, and he was in his early 20s, just beginning what would become one of the most impressive and dedicated careers of public service I’ve had the privilege of watching.”

“Doug has devoted his entire career to fighting for justice,” Biden said. “He’s the man who would not rest until the Klansmen who killed four young Black girls in the 1963 Birmingham church bombing were finally brought to justice. Doug has shown us, even in our darkest moments, that hope for the American promise is never lost — and what we can do when we stand united.”

In the email, Biden asked voters to split a contribution between the Biden campaign and Jones’s campaign.

“I need Doug’s help in the Senate,” Biden said. “He’s running neck-and-neck in his race in Alabama right now, and he needs our help to win.”

Biden said this election is “a battle for the soul of our country” and “few places are those stakes as clear as in Alabama.”

“I remember in 2017 when everyone counted Doug out,” Biden said. “When they thought that a message of unity would lose in a state where a long history of division still runs deep. But when I visited Alabama to help Doug, I saw what he saw – Alabama was ready to come together.”

Biden was an early endorser of Jones in the 2017 special election, when Jones defeated former Chief Justice Roy Moore in that election. Jones returned the favor in the 2020 Democratic primary, endorsing Biden when the former vice president was having difficulty raising money and was polling well behind Sen. Bernie Sanders, I-Vermont.

Jones campaigned hard with Biden in Selma and other campaign stops across Alabama prior to Super Tuesday on March 3.

“His win gave me hope,” Biden said. “I was both honored and proud to have escorted him onto the floor of the Senate and stood behind him when he was sworn in as a United States Senator. And his record has been extraordinary – passing 22 bipartisan bills helping farmers, military families, and those devastated by natural disasters. And in perhaps the most crucial fight of all – our health care – Doug has been there again and again standing up for all of us, especially those with pre-existing conditions. Every time we needed him to stand up for us, Doug Jones was there. I’m going to need Doug’s voice in the Senate. Alabama and America will need Doug’s voice in the Senate.”

“Doug and I share a vision for a united country – one that puts faith over fear, fairness over privilege, and love over hate. And Doug, his campaign, and his career remind us that it’s a vision we can only realize if we come together,” Biden said.

In an Auburn University Montgomery poll, Biden trails Trump in Alabama by 17 points. Jones trailed former Auburn University head football coach Tommy Tuberville by 12 points. The Jones campaign claims that there has been a tightening of the race since then and it is a statistical tie. The Tuberville campaign disputes that claim.

Republican insider Perry Hooper Jr. said, “Whether it is the AUM poll, the Al.com poll, or internal polls by the (Tuberville) campaign, the margin is between 12 and 18 points in favor of Tuberville.”

The Jones campaign has been inundating the state airwaves with TV and radio ads due to the vast advantage that Jones has had fundraising. More than 82 percent of Jones’ money raised in the third quarter reporting cycle came from outside the state of Alabama.