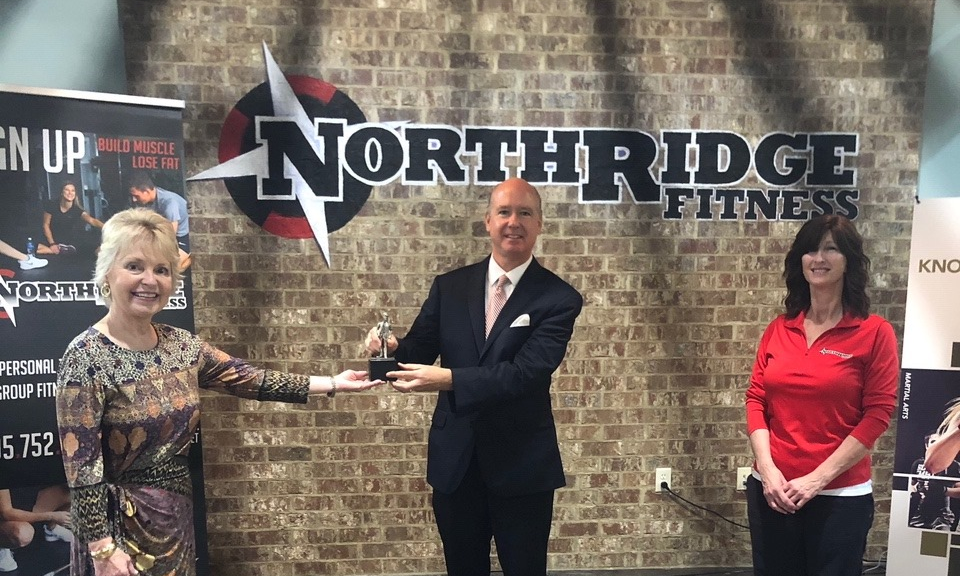 Congressman Robert Aderholt, R-Alabama, has been awarded the prestigious Guardian of Small Business Award by the National Federation of Independent Businesses. While accepting the award, Aderholt said: “Small businesses are the lifeblood of the American economy.”

The NFIB is the nation’s leading small business advocacy organization and the Guardian of Small Business Award is its most prestigious legislative recognition.

NFIB State Director Rosemary Elebash presented the award to Aderholt at a ceremony at NorthRidge Fitness, an NFIB member business in Northport owned by Mary Cartee.

“NFIB presents its Guardian of Small Business Award to lawmakers who small businesses can depend on,” Elebash said. “Congressman Aderholt has supported Alabama’s job creators on the issues that our members are concerned about and have proven themselves to be real champions for small business.”

NFIB Vice President of Federal Government Relations Kevin Kuhlman said, “Our policy positions are driven by our members, and we report NFIB Key Votes back to our membership. We are proud to recognize the elected officials from the 116th Congress who earned this distinction by taking pro-small business votes supporting financial assistance programs and tax relief and opposing increased labor costs.”

“Small businesses are the lifeblood of the American economy,” Aderholt said. “It’s where new innovations and ideas are developed and nurtured. In fact, almost every large business in America started out as a small business. It’s both my pleasure and my duty to work in Congress to protect small businesses. We depend on these entrepreneurs and that’s why I will always fight for them.”

NFIB informs lawmakers in advance what votes will be considered NFIB Key Votes and asks lawmakers to support the consensus views of its members. Congress members are also reminded that the results of how they vote will be reported back to the NFIB membership.