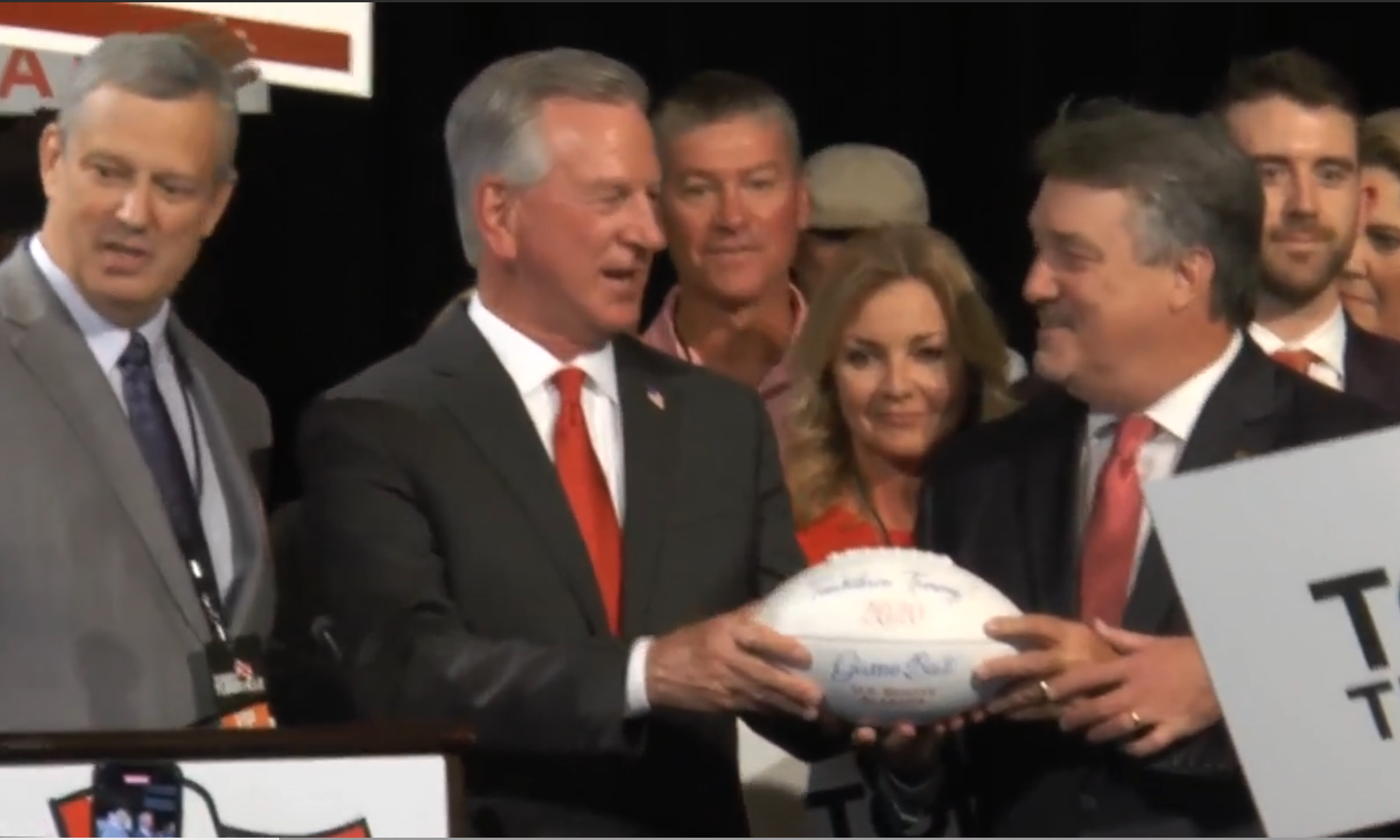 The people of Alabama on Tuesday voted for Tommy Tuberville to be their next U.S. senator, ousting incumbent Democratic Sen. Doug Jones, the only Democrat to win a statewide election in Alabama since 2008.

Tuberville, a former Auburn University head football coach, ran on his admiration and support for President Donald Trump, and the people of Alabama agreed, voting for both in a landslide.

“I want to thank President Donald Trump,” Tuberville told supporters in his victory speech. “He is without a doubt in my lifetime the guy who’s done more for the United States of America than any other man.”

Vice President Mike Pence congratulated Tuberville for the victory and said that if he and Trump are re-elected, that they looked forward to working together for the benefit of Alabama.

“I want to be a senator for all Alabama, not just those who voted for me,” Tuberville told supporters.

Tuberville said that he worked all out for two years to win the seat and was jubilant at the victory. Tuberville thanked his wife Suzanne and his sons Tucker and Troy for standing with him in his campaign.

Tuberville told reporters that the first thing that he intended to do was to hire a staff.

“On behalf of the Alabama Republican Party, I offer our deepest congratulations to Senator-elect Tuberville,” said Alabama Republican Party Chair Terry Lathan in a statement. “We are confident he will listen to the concerns of his constituents, unlike his predecessor, while representing our great state with honor and integrity. The seat has been reset to reflect the conservative values of Alabama.”

“Congratulations to Senator-elect Tommy Tuberville on his landslide victory in Alabama,” Young said. “Coach Tuberville will be a staunch advocate for conservative values and Alabamians, and I look forward to working with him to advance the Republican agenda in the Senate.”

“I appreciate his service, but it is time for him to go,” Tuberville said of Jones.

Jones’s narrow victory over Chief Justice Roy Moore in the 2017 special election for the Senate is the only time a Democrat has defeated a Republican for any statewide race in Alabama since 2008. Democrats dominated Alabama for decades, but have not been able to field a viable statewide candidate in Alabama since 2010, outside of Jones’s improbable 2017 Senate victory.

Jones outspent Tuberville eight-to-one, but 82 percent of Jones’s dollars came from out of state.

Jones has had a bitter feud with Alabama Democratic Conference leader Joe Reed and helped topple Reed ally Nancy Worley as state party chair, but that change in leadership yielded no tangible benefits for Jones. The Alabama Democratic Party boasted that they had launched the greatest get out the voter effort in their history, but it was difficult to see what that accomplished.

Democratic presidential nominee former Vice President Joe Biden, who never contested Alabama, was defeated in the state 63.5 to 35.4 percent. The Jones campaign knew that they needed Trump supporters to vote for Jones and ran a number of ads claiming there were Republicans for Jones. That never materialized on election day. Slightly more than three percent of Alabama voters voted for Trump and split their ticket to vote for Jones.

Nationally the race was exactly what Senate Republicans needed to continue their majority. As of press time it appears that there is no pathway for Republicans to lose control of the Senate. Senate Majority Leader Mitch McConnell, R-Kentucky, crushed his own challenger even though national Democrats poured nearly a hundred million dollars into that race.

Democrats successfully defeated Republican incumbents Martha McSally in Arizona and Corey Gardner in Colorado, but Tuberville’s landslide victory meant that Democrats, as of press time, had a net gain of just one. It appears that Tillis was victorious in North Carolina and that Perdue was re-elected without a runoff in Georgia.

They need to pick up four seats to be assured a majority.

As of press time, Republican challenger John James in Michigan leads Gary Peters 49.7 percent to 48.4 percent. They are still counting votes in Michigan, which has not been called in the Senate or the presidential race.