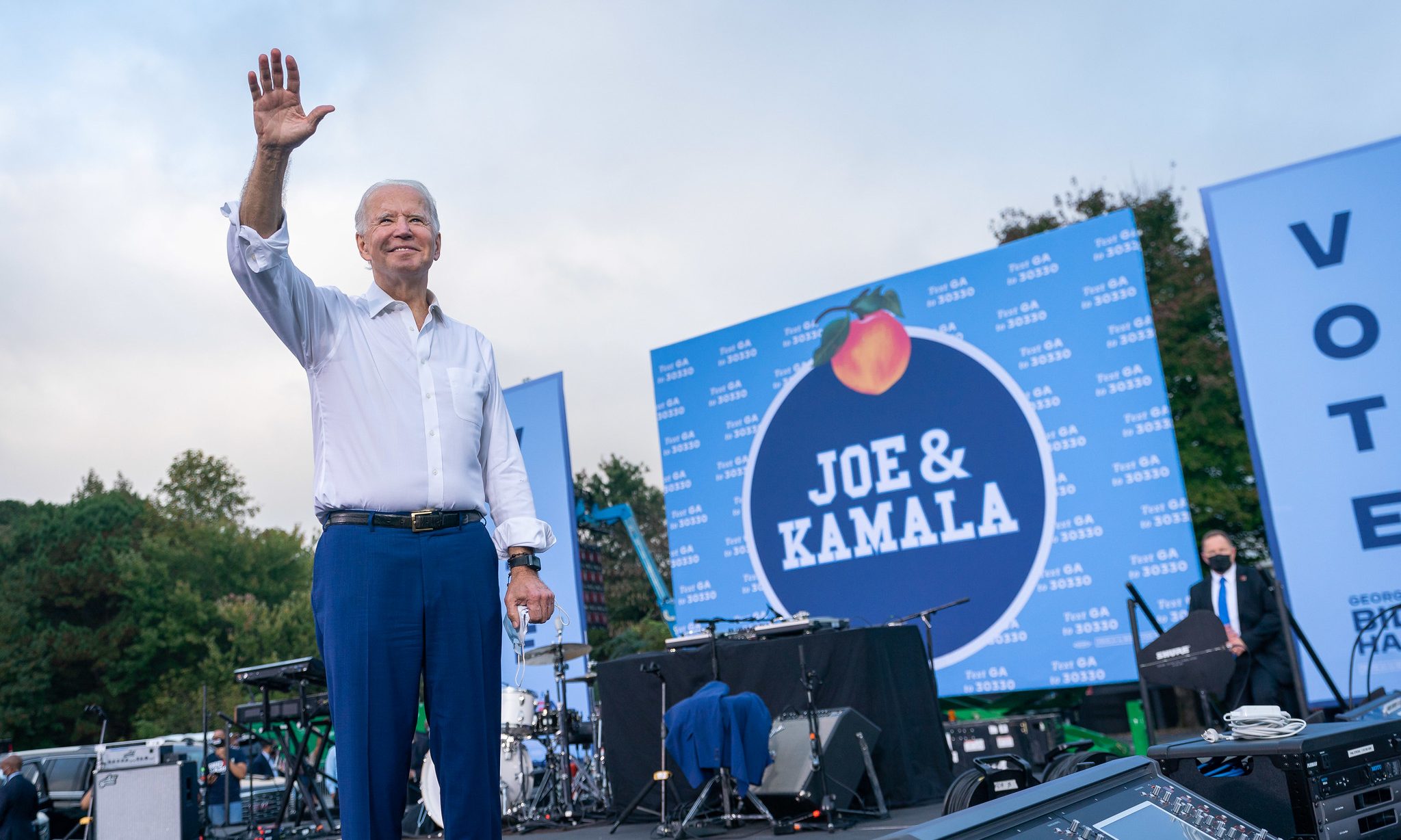 One of my Twitter friends said it pretty well after Democratic nominees Joe Biden and Kamala Harris were projected to be president-elect and vice president-elect Saturday morning:  “Our long national nightmare is over,” she tweeted, quoting President Gerald Ford’s speech after he became president in the wake of the resignation of Richard Nixon, another corrupt Republican.

Watergate was pretty bad. But nothing as awful as the crude, corrupt man who has held the White House since 2017, who wanted to be a dictator, and who tried and failed to destroy our democracy.

Trump can go to court as much as he wants. There is no salvaging his chance at re-election. Indeed, Biden could have nearly 80 million votes or more before counting ends. Appropriately, Trump was on one of his golf courses when he received the good news.

At least taxpayers only have a couple more months to pay Trump’s green fees and cart costs.

Of course, Trump will not go quietly. None of us expect him to. Why would he change now that he and Mike Pence are declared the official losers? There’s no way for Trump to hijack the election now. Republicans and Democrats counted the votes. They’re still coming in, and Biden’s lead continues to increase.

Perhaps, the best we can hope to do is simply ignore 45 for the next 11 weeks. Yes, Trump is such a loud, lewd liar so that would be some feat, but we can try. If we can’t, at least we can see the light at the end of a very dark tunnel we’ve been in for nearly four years.

While the great majority of Americans are relieved today, I’m sure there is plenty of embarrassment for the United States to come from Trump and his antics.

Even through all the noise, though, Biden and Harris have to start putting a team together. We’ve seen throughout this presidential campaign plenty of really good Democrats who could end up in the administration.

Among them is Alabama Sen. Doug Jones, who was defeated by a clueless football coach with an “R” after his name. Stacey Abrams from Georgia pulled some magic there, no matter what the final result. She deserves a role. Pete Buttigieg showed how well he handles the right-wing media and was a great Biden surrogate for months (chief of staff, maybe?).

The Biden administration will fill its cabinet and federal agencies with really good people, not sycophants who didn’t know what they were doing and served as Trump enablers and yes-men and yes-women.

Biden’s first week and for a long time after will be filled with undoing so much damage that Trump is leaving in his wake. It will not be an easy job. But Joe’s been on a winning team before, as vice president to Barack Obama.

Unlike Trump, Biden will put the right people around him. He is honest, not corrupt. He’ll make mistakes, and when he does, he will own them. And he’ll let the experts and scientists do their jobs without interference.

Trump thought he knew everything. Joe Biden does not. He’s unafraid to take advice from somebody who knows what he or she is doing.

Trump is leaving Biden a divided country, and that’s intentional. The healing won’t happen quickly. But Biden and Harris bring to the table what Trump never could, or at least, never would: empathy, caring, stability. Sanity. And hope.

Hope now for the Dreamers. Hope for immigrants and asylum seekers. Hope for the LGBTQ+ community. Hope that climate change will be addressed, that violence against women will get a high priority. Hope that somebody smart will fight this terrible pandemic that Trump allowed to kill 235,000-plus Americans.

And hope that we can start ending systemic racism in our police departments and state and federal agencies.

This has been a challenging year, to say the least, and next year looks much the same. But we will enter the year right — looking forward with hope.

Perhaps, too, we can start hoping to do what one of my favorite T-shirts announces: “Make Racism Wrong Again.”