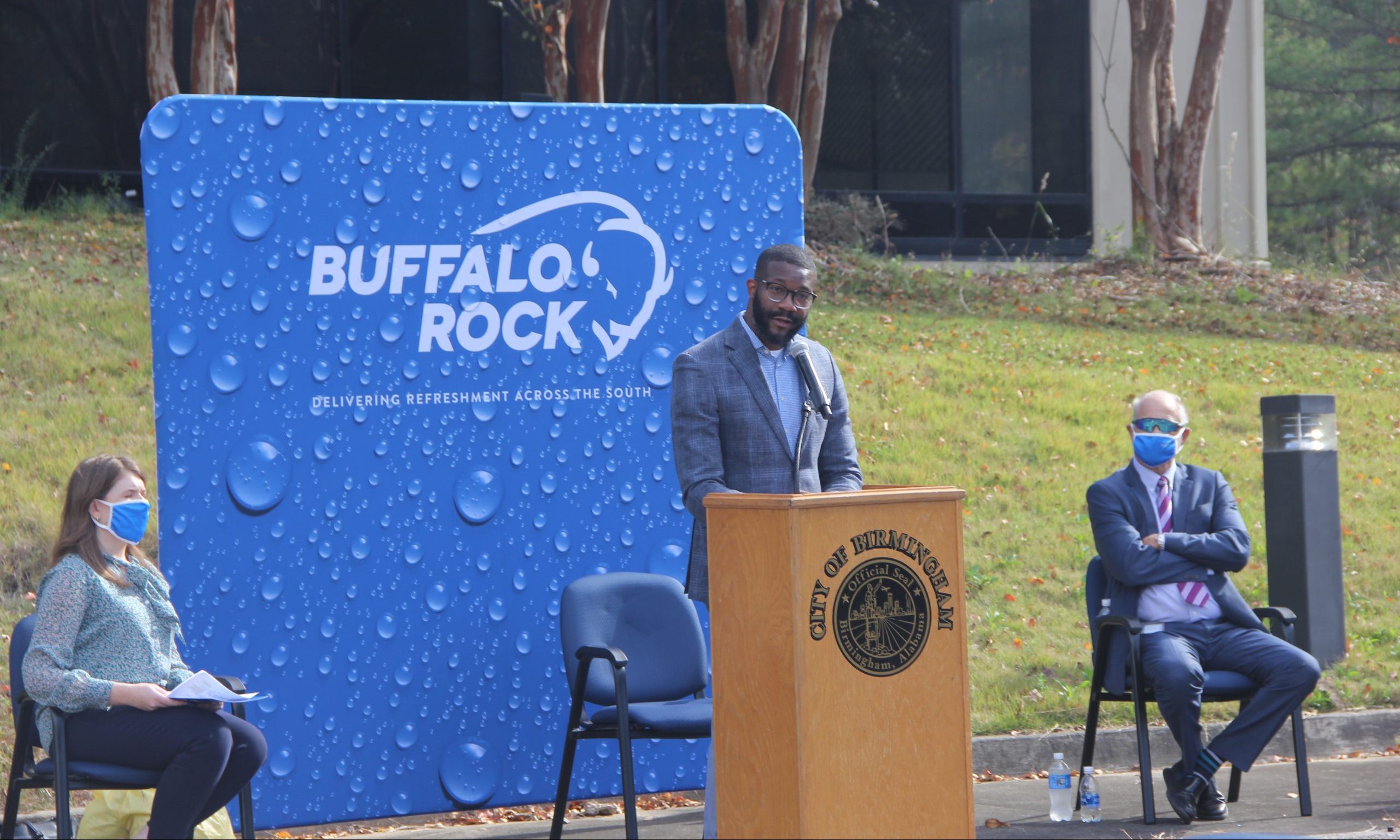 Buffalo Rock Company leadership on Monday joined Birmingham Mayor Randall Woodfin and other city and Jefferson County officials to announce a major expansion of its operations in the city.

The company has purchased more than 1 million square feet of new warehouse and office space in the city, and its plans moving forward include investing $75 million in new technologies, renovations and as many as 50 new jobs.

“This is the largest infrastructure investment in our company’s history, and we are proud to make it in Birmingham,” said Jimmy Lee, chairman of the board and CEO of Buffalo Rock Company. “We’ve been in business in Birmingham since 1901, and today’s announcement is a reflection of our ongoing commitment to this community. We are grateful for the hard work of all our employee-partners and for local elected officials whose support sustains our continued success.”

Between 25 and 50 new jobs will be created just in the initial phase of the project.

“Buffalo Rock has been a great corporate partner to the City of Birmingham for well more than a century,” Woodfin said.  “We are grateful for the company’s investments that create jobs in our community, as well as the Lee family’s significant contributions over all these years to support education, workforce development and other city initiatives. Jimmy, the Lee family, and Buffalo Rock have demonstrated unwavering commitment to our city.”

The warehouse property sits on about 64 acres and includes a 780,000-square-foot dry storage warehouse, a shallow bay warehouse that is 70,000 square feet and out-buildings (cross dock/fleet) totaling 45,000 square feet. The office building and its parking lots make up the remaining almost 13 acres.

“Renovating these sites represents a significant investment for our company, and the scale of these projects will give us additional capacity to expand our operations as we continue to grow into the future,” said Matthew Dent, Buffalo Rock’s president and COO. “This investment will also enhance our ability to serve our customers with excellence. Today is a very exciting day for our employees and the entire Buffalo Rock family.”