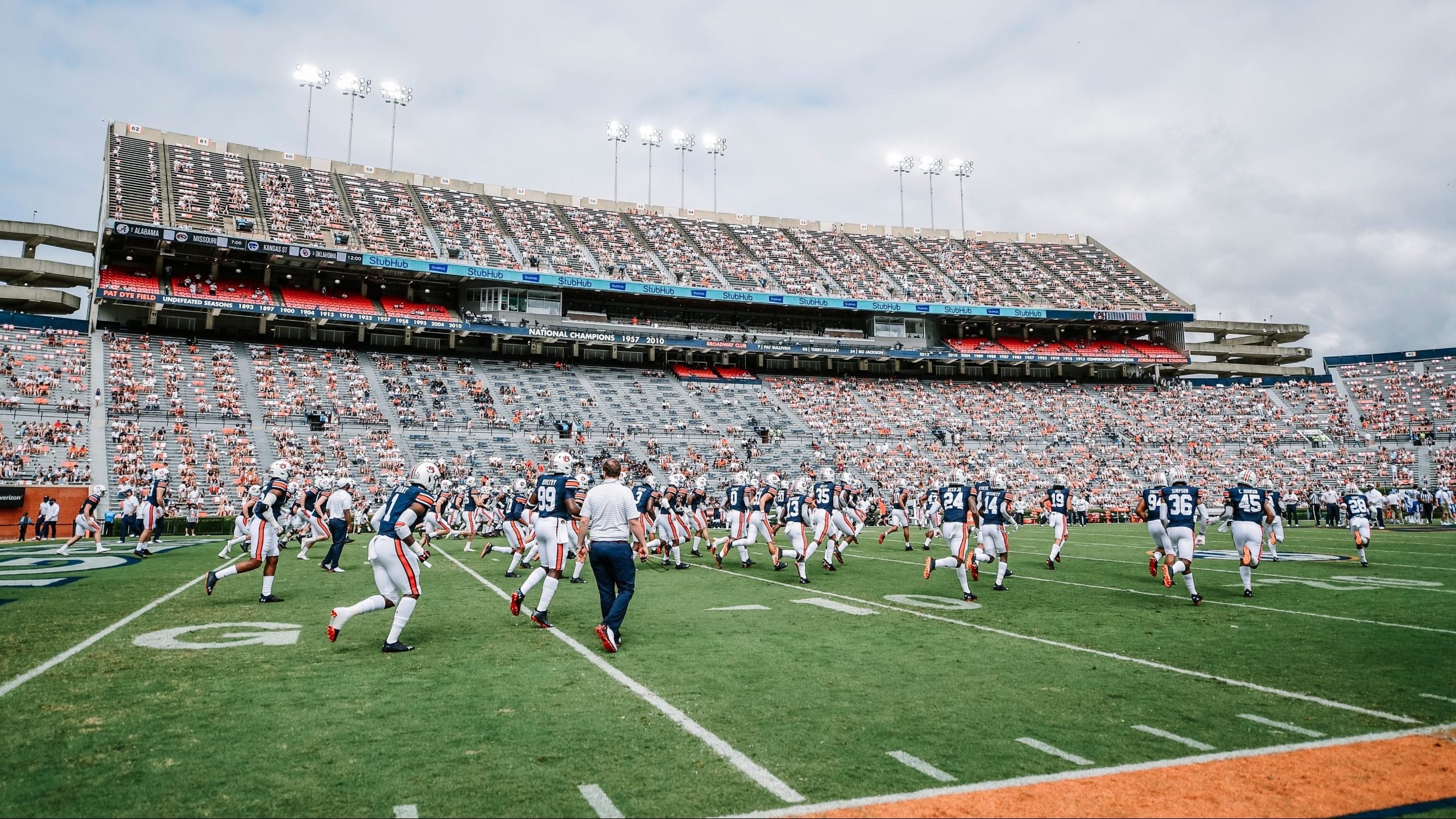 “Based on positive tests and those considered as close contacts, along with non-COVID injuries, we do not have the minimum number of scholarship student-athletes available for Saturday’s game against Auburn,” said MSU athletic director John Cohen. “While we are disappointed that Saturday’s game has been postponed, our priority is the health, safety and well-being of our student-athletes and staff. We will continue to follow all established protocols and evaluate the most responsible path to return to the field.”

Mississippi State has been hard hit already by players having to miss due to the coronavirus.

“We were one from not playing against Vanderbilt,” said Mississippi State head football coach Mike Leach. “We’re some under that now. We almost didn’t play last week. Fortunately, we were able to.”

“This is kind of unfolding, although we were close to having to cancel last week,” said Leach “Fortunately, we didn’t have to. We hoped it wouldn’t, but we knew there was a pretty good chance we would have to cancel this week just because we were that close.”

Leach told reporters that he did not know when health officials will allow his team to practice again.

“I don’t think anyone wants to be postponed,” Leach said. “I think everybody is excited to go out and practice. We haven’t had a meeting on it yet, like I said it just happened within the last couple of hours. And this is their off-day anyway.”

“So far, any coaches that got it, got it way earlier,” Leach said when asked about coaches getting the virus. “A few of them did get it, but they got over it. Nobody has been hospitalized. We’ve had cases around here like everyone has, but nobody’s gone to the hospital.”

“We test all the time,” Leach said when asked about testing protocols. “We get tested three times a week, and as they get tested, some guys are positive. From there, they have the protocol where you have to sit for two weeks, and we have a couple of two weeks overlapping now.”

Mississippi State officials said that the decision to postpone the game was consistent with the SEC’s COVID-19 management requirements. The game has been tentatively rescheduled for Dec. 12.

Alabama’s game against LSU is perilously close to also being postponed. LSU already has postponed a game so LSU is playing Florida on Dec. 12, making it difficult for the Alabama vs. LSU game to be played if it is postponed.

Sports Illustrated college sports reporter Ross Dellenger said on Twitter, “#LSU’s outbreak stems from a party around Halloween and, because of contact tracing, has put the Tigers dangerously close to the SEC’s 53-man threshold to play, sources tell SINow. Team is very thin at defensive back and quarterback.”

The SEC’s COVID-19 management parameters, developed by its Return to Activity and Medical Guidance Task Force, include a minimum threshold of at least 53 scholarship student-athletes available to participate in a game with a minimum number of scholarship players required for some positions. The requirements include one quarterback; seven offensive linemen, including one center; and four defensive linemen.

To this point, 47 college football games this season have been postponed or canceled due to COVID-19 concerns, including the Troy University vs. South Alabama game.

There have been over 51 million cases of the novel strain of the coronavirus, SARS-CoV-2, diagnosed thus far worldwide and 1,255,626 people have died.