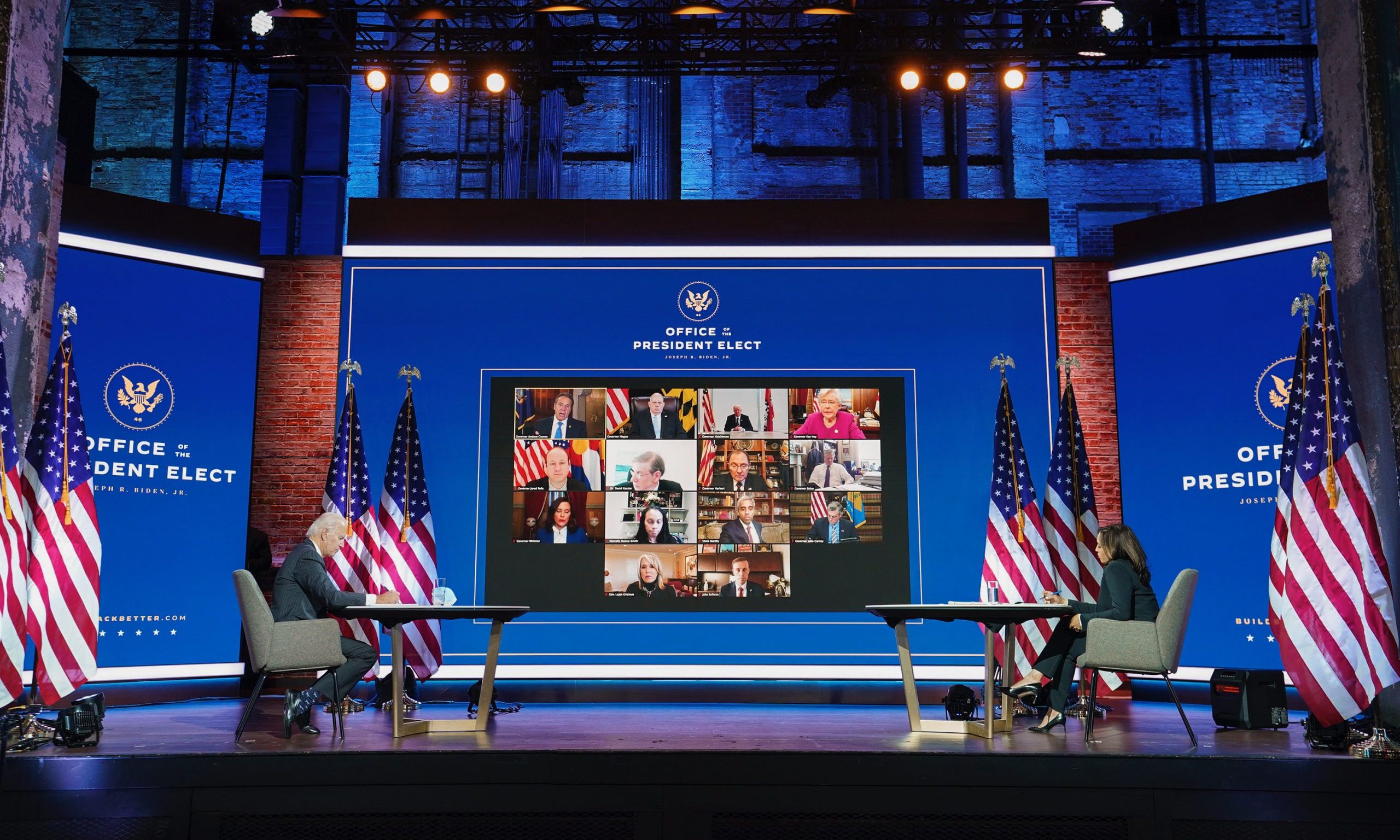 Gov. Kay Ivey on Thursday took part in a virtual meeting with President-elect Joe Biden and Vice President-elect Kamala Harris along with other members of the National Governors Association executive committee.

Other members of the executive committee who attended the meeting were the governors of Arkansas, Colorado, Massachusetts, Michigan, New Mexico, New York, Maryland, Wisconsin and Utah. New York Gov. Andrew Cuomo is chair of the committee.

“In her capacity as a member of the National Governors Association Executive Committee, Governor Ivey participated in the NGA Leadership conference call earlier this afternoon,” said Gina Maiola, Ivey’s press secretary, in a statement after the meeting. “During the meeting, Governor Ivey stressed that both parties, as well as the executive and legislative branches, need to come together to extend the deadline for CARES Act funding to allow for maximum flexibility going forward. With the December 31 deadline quickly approaching, the governor underscored to the group that it would be to the benefit of the states to remove that barrier and give us flexibility to continue spending those dollars in the first few months of 2021.”

Ivey has until Dec. 31 to spend nearly $1 billion in CARES Act funds, and barring any deadline extension, those funds will have to be returned to the federal government.

More than two weeks after the Nov. 3 election, the Trump administration hasn’t allowed Biden to receive security briefings or updates on Operation Warp Speed and plans to mitigate the COVID-19 pandemic, which is surging in Alabama and across the country. More than 250,000 in the U.S. have died from the disease.

The Associated Press reported that Biden discussed his concerns over lack of access to that information with the governors during Thursday’s meeting. “Unfortunately, my administration hasn’t been able to get everything we need,” Biden said, according to the AP.

AP reported that, according to a readout provided by Ivey’s office, Ivey told participants that both parties in Congress need to come together to provide more coronavirus response funding, especially for families struggling economically because of the pandemic.

Speaking after the meeting Thursday, Biden expressed frustration over the Trump administration blocking him from coronavirus data.

“There is no excuse not to share the data and let us begin to plan because on day one it’s going to take us time,” Biden said during a news conference after the meeting. “If we don’t have access to all this data, it’s going to put us behind the eight ball by a matter of a month or more. And that’s lives. How many would be lost as a consequence?”

Biden also addressed Trump’s refusal to concede, saying that it is “another incident where he will be down in history as being one of the most irresponsible presidents in American history.”

“It’s hard to fathom how this man thinks. I’m confident he knows he hasn’t won, he’s not going to be able to win and we’re going to be sworn in on January 20. Far from me to question his motive. It’s just outrageous what he’s doing,” Biden said.