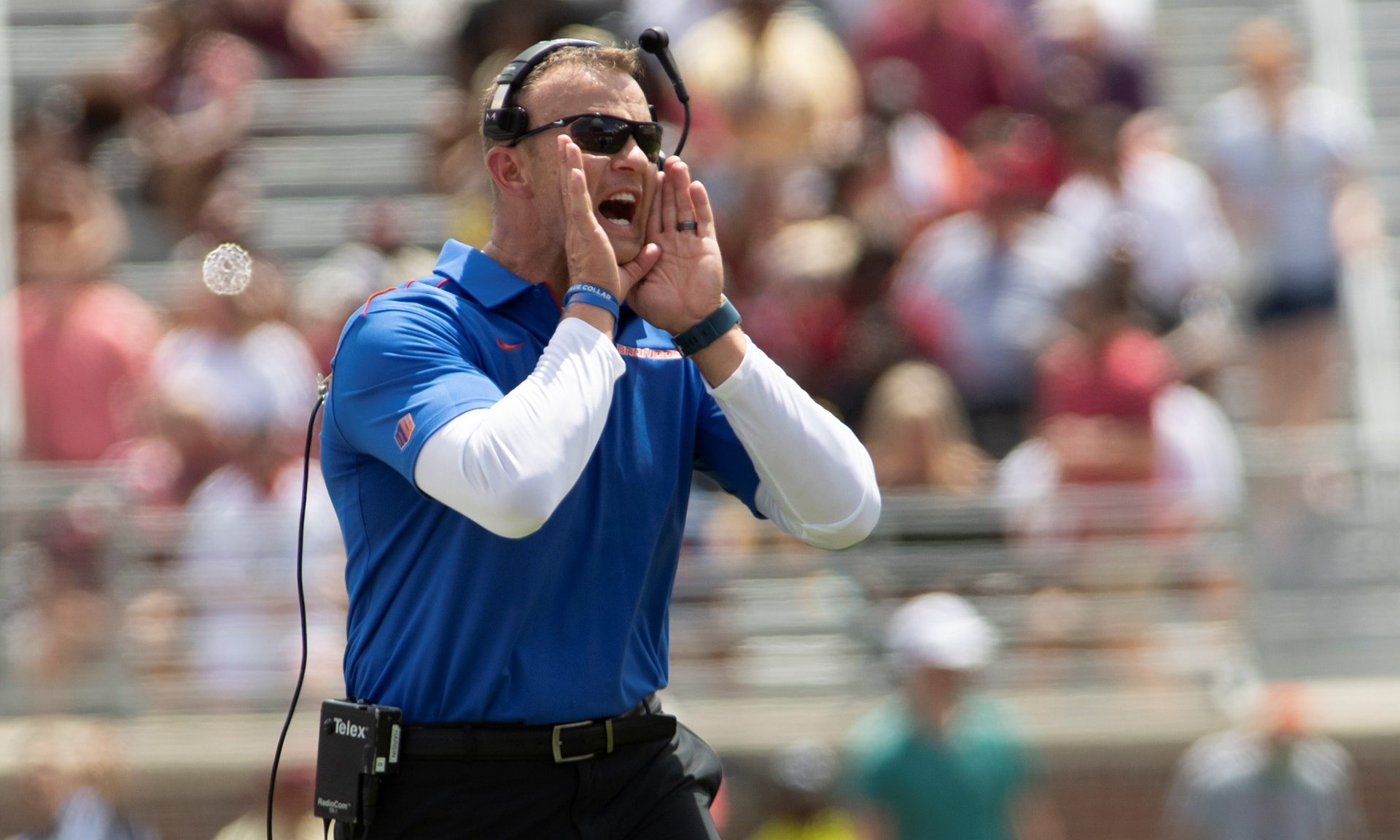 According to Auburn University President Jay Gogue, the university will formally introduce Bryan Harsin as its new head coach on Thursday. Before being tapped by Auburn earlier this week, Harsin was the head coach of Boise State University. He went 76-24 as a head coach in seven seasons at Boise State and one at Arkansas State.

Boise's Bryan Harsin is Auburn's choice to be next head coach
His hiring is outside the norm for an Auburn program that likes to go with known entities and familiar faces.

“It’s an exciting time for the Auburn family, one we can all get excited about,” Gogue said. “We have every reason to be confident about a future where our football team consistently competes at the highest levels and makes us proud on and off the field.”

Gogue dismissed claims that the job was offered to other people before Harsin.

“Some candidates who reportedly ‘turned down’ the Auburn job were never even offered the job,” Gogue claimed. “One candidate that made these statements never even had an interview, much less an offer.”

Gogue also dismissed claims that powerful businessmen on the Board of Trustees had an oversized role in the process.

“It is also important to remember that not everything that is reported or posted on social media is accurate when it comes to coaching searches,” Gogue wrote. “In fact, some of it is disruptive, inaccurate and malicious. In our coaching search, for example, no candidate was told that there were stipulations on who would serve on his coaching staff — not one. Only one trustee, who actually served on the search advisory group, had any part in the search process.”

Harsin spent the last seven seasons as head coach at Boise State where he compiled a 69 and 19 record. During that time, he won three Mountain West Conference titles and three bowl games. Harsin is a former quarterback. He is a Boise State alum where he was an assistant coach and offensive coordinator.

Harsin also coached at Arkansas State and has a 76 and 24 overall as a head coach. Harsin was five and two in this COVID-shortened 2020 football season, though his team did make the Mountain West championship game, where it lost to San Jose State. Boise State elected not to go to a bowl game due to COVID-19 concerns.

Auburn paid coach Gus Malzahn $21.5 million not to coach even though he never had a losing season at the school. Gogue thanked Malzahn for his service.

“Let me begin by saying thank you to Coach Malzahn for some great ‘highs’ in Auburn football,” Gogue said. “Coach Malzahn is a man of great character, his student-athletes performed well athletically and academically, and his teams always played by the rules. In every regard, he represented Auburn with class and distinction. Thank you, Gus and Kristi. You are forever members of the Auburn family.”

Malzahn was fired after eight seasons. He leaves as the fifth-winningest coach in Auburn history.