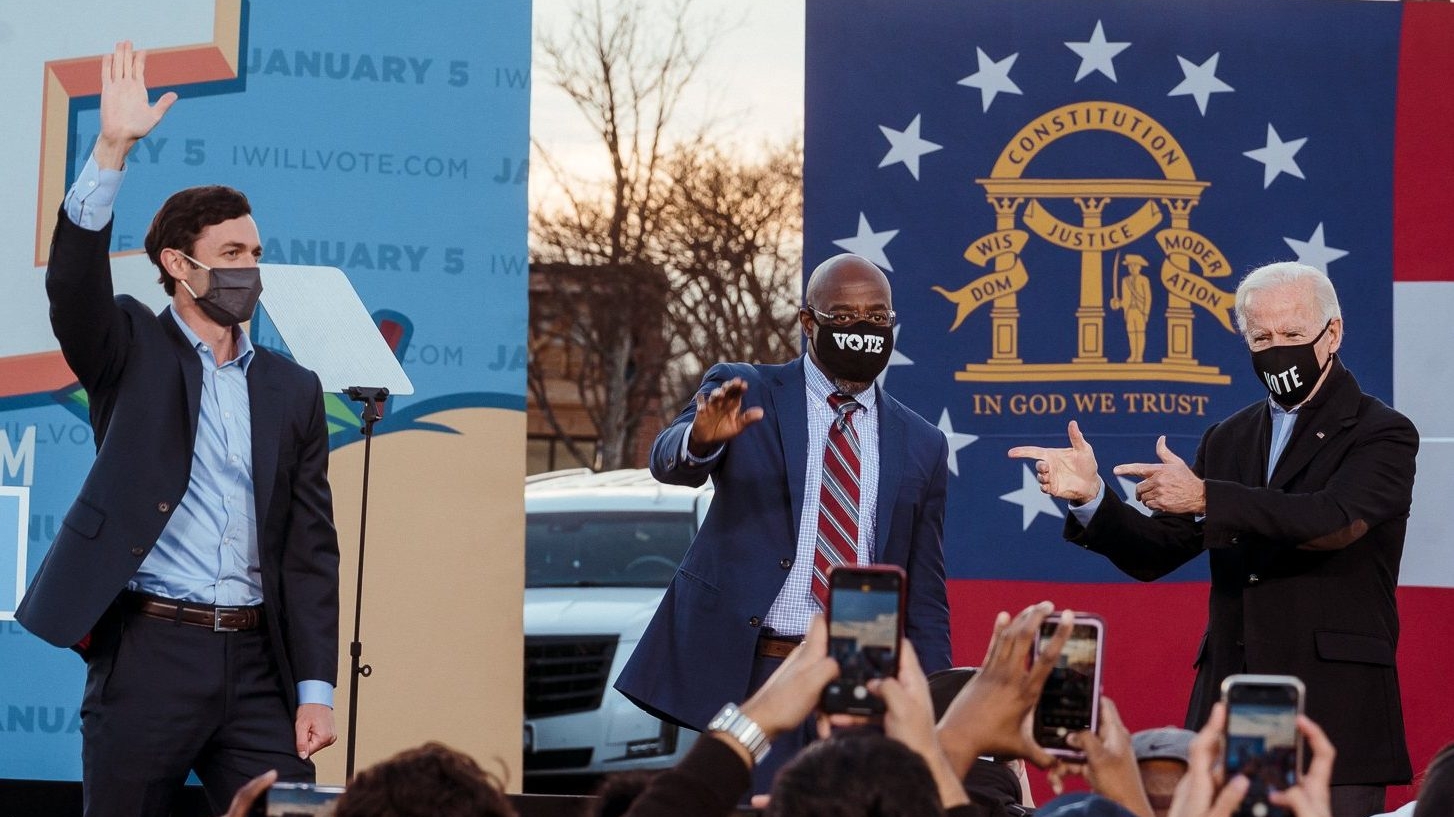 Democrats have won both of the dual U.S. Senate runoffs in Georgia and will control the U.S. Senate for the next two years once Vice President-elect Kamala Harris is inaugurated and can break 50-50 ties. Two senators are independents, but they caucus with the Democrats.

Most of the votes that are still counting are likely mail-in ballots and, as we saw in the November results, Democrats tend to vote more by mail-in ballots than do Republicans. Many Republicans eschew early voting in favor of voting on election day. Democratic strategists embraced early voting and mail-in voting, so the Democrats’ leads will likely only grow as more absentee, mail-in and provisional ballots are counted.

The Georgia runoff races are another stunning rebuke of President Donald Trump, who lost the state of Georgia by a narrow margin on Nov. 3 and who campaigned hard for Loeffler and Perdue. Trump’s complaining about his November loss in the state and his stinging criticisms of incumbent Republican Gov. Brian Kemp also may have turned off some important swing voters.

Nationally, the Senate results in Georgia mean that Democrats will control the Senate and Chuck Schumer will likely be the new Senate majority leader, replacing current Senate Majority Leader Mitch McConnell, R-Kentucky. For President-elect Joe Biden it means that he will be able to get his cabinet and judicial appointees confirmed without having to placate McConnell and the Senate’s more conservative Republican members.

Alabama Sens. Richard Shelby and Tommy Tuberville now find themselves in the minority. For Shelby, this means that Sen. Patrick Leahy, D-Vermont, will now be the chairman of the powerful Senate Appropriations Committee. Shelby will be the ranking member for the minority.

The Alabama Republican Party worked for Republicans in Georgia. The Alabama Strike Force sent dozens of volunteers to campaign door-to-door for the two Republicans, including Tuberville, who campaigned in Georgia before his swearing in.

Democrats will now control both chambers of Congress and the presidency for the first time since the 2010 election. Democrats have had total control in only four years of the previous forty, the other being 1993 to 1995.