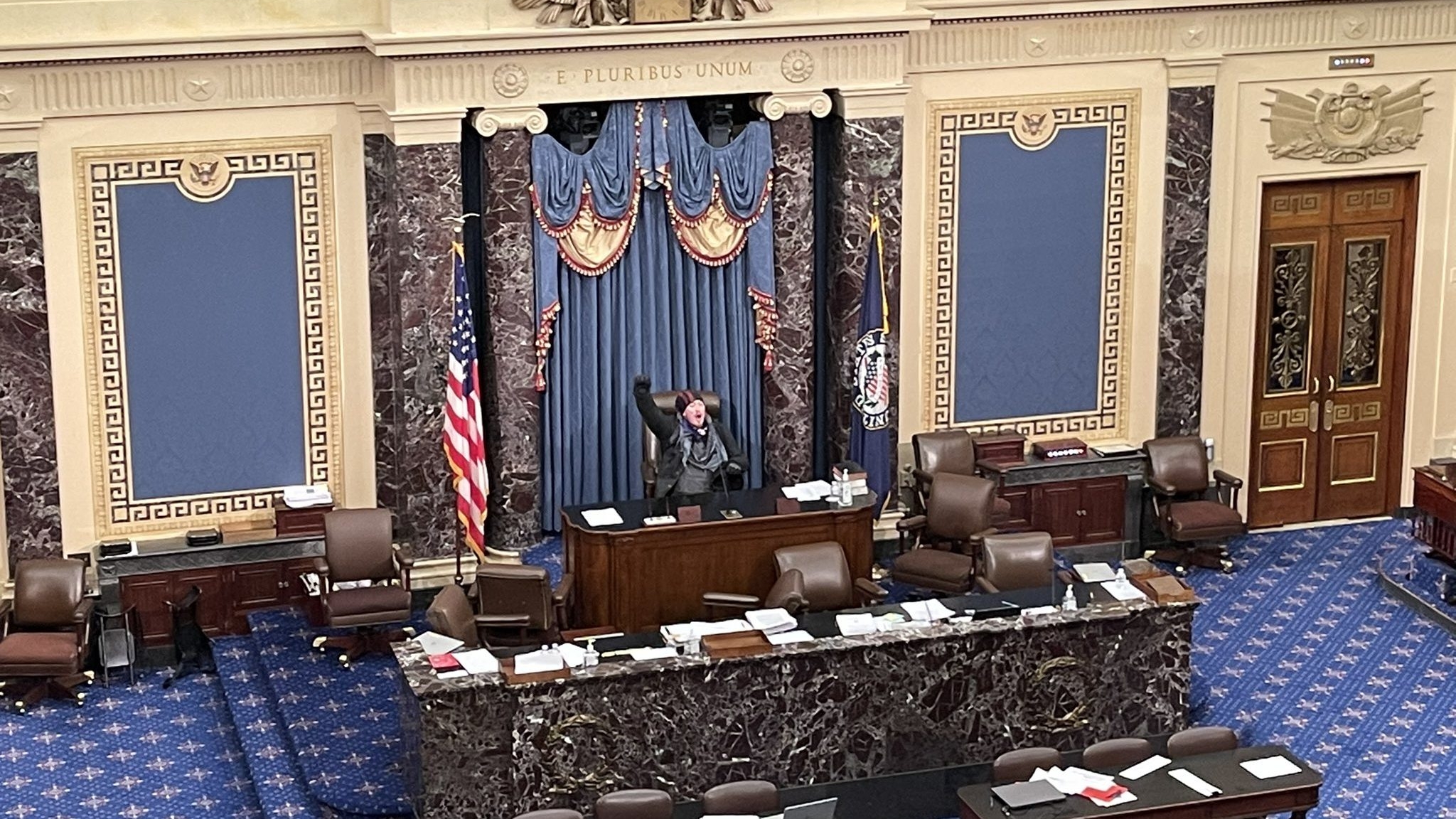 Rep. Terri Sewell, D-Alabama, was sheltering inside the U.S. Capitol on Wednesday after supporters of President Donald Trump stormed the building, prompting the evacuation of some and a barricading of others as police tried to get control of an out-of-control siege.

“I am sheltering in a safe location and praying for the safety of our nation, members of Congress, congressional staff, law enforcement, and Capitol Hill residents,” Sewell tweeted at 2:39 p.m Wednesday.

There has been a breach of the Capitol building. We are locked inside the House chamber until Capitol Police allows us to leave. Praying that this chaos dissipates and no one gets hurt 🙏🏾

In a message to APR moments before that tweet, Jackie McGinnis, Sewell’s press secretary, said Sewell was safe but not in a state to talk. At 1:45 p.m., Sewell tweeted that there has been a breach of the Capitol building. Images of protestors breaking windows, assaulting Capitol Police officer and storming the building filled social media feeds throughout the afternoon.

“We are locked inside the House chamber until Capitol Police allows us to leave. Praying that this chaos dissipates and no one gets hurt,” Sewell tweeted.

I am safe. We have been evacuated.

Let me be clear: we will not be stopped by this lawless intimidation. pic.twitter.com/WWDJst4V1B

One woman was shot inside the Capitol by law enforcement, several news outlets reported Wednesday. Several others including police officers have been injured and treated on scene or sent to hospitals.

What began as an organized protest earlier on Wednesday — with Rep. Mo Brooks, R-Alabama, and Trump both speaking to a large gathering outside the Capitol — resulted in a march to the Capitol that devolved into an assault on the building.

“You don’t concede when there’s theft involved. Our country has had enough and we will not take it any more,” Trump told the protestors during his speech prior to the riot.

“We’re gonna walk down to the Capitol, and we’re gonna cheer on our brave senators and congressmen and women,” Trump continued. “And we’re probably not going to be cheering so much for some of them, because you’ll never take back our country with weakness. You have to show strength and you have to be strong.”

They’re in the chamber. One is up on the dais yelling “Trump won that election!” This is insane pic.twitter.com/p6CXhBDSFT

Brooks during his speech to the gathered Trump supporters prior to the riot called for more action.

“Today is the day American patriots start taking down names and kicking ass,” Brooks yelled into his microphone. After the riots began, Brooks tweeted an unfounded rumor alleging it was Antifa who started the rioting.

Congress was in the process of voting on the Electoral College count when rioters stormed the Capitol, prompting security to order evacuations and for some to shelter in place.

As his supporters were breaking into the Capitol, Trump tweeted disdain for Vice President Mike Pence for not agreeing to intervene on his behalf during the Electoral College vote.

“Mike Pence didn’t have the courage to do what should have been done to protect our Country and our Constitution, giving States a chance to certify a corrected set of facts, not the fraudulent or inaccurate ones which they were asked to previously certify. USA demands the truth,” Trump tweeted.

Sen. Richard Shelby, R-Alabama, tweeted his disdain for the actions of the rioters.

“Today is a very dark day for our country. I am safe thanks to the protection and swift action by our law enforcement officials. Our Founding Fathers warned against mob rule. Law and order must be established and maintained,” Shelby said.

Rep. Chris England, D-Tuscaloosa, in a statement addressed the violent mob’s storming of the Capitol.

“This mob was encouraged by Pres. Donald Trump, Rep. Mo Brooks, and others at a rally before they breached the doors of the Capitol. They disrupted the peaceful transfer of power, broke the law, and must be prosecuted for their sedition,” England said. “The American people voted loud and clear that Donald Trump did not deserve a second term as President of the United States, and the disorder of this lame duck period shows clearly why.”

“Pres.-elect Joe Biden and Vice Pres.-elect Kamala Harris will take office on January 20, 2021 because the Constitution says they will. At that point, this sorry period of American history will be over, but our healing will just begin,” England continued.

Alabama Republican Party Chairman Terry Lathan said: “The Alabama Republican Party strongly condemns any violence and unlawful actions occurring on Capitol Hill today. We support law enforcement efforts to control and arrest any person who is violating laws and causing harm to property or people. These actions are not American and cannot be tolerated.”

“We strongly support peaceful assembly and protest as guaranteed by the First Amendment. The Electoral College voting process, which is allowed by the Constitution, must be allowed to continue without disruption. It is important that citizens contact their representatives to have their voices heard in an orderly and respectful manner,” Lathan continued.