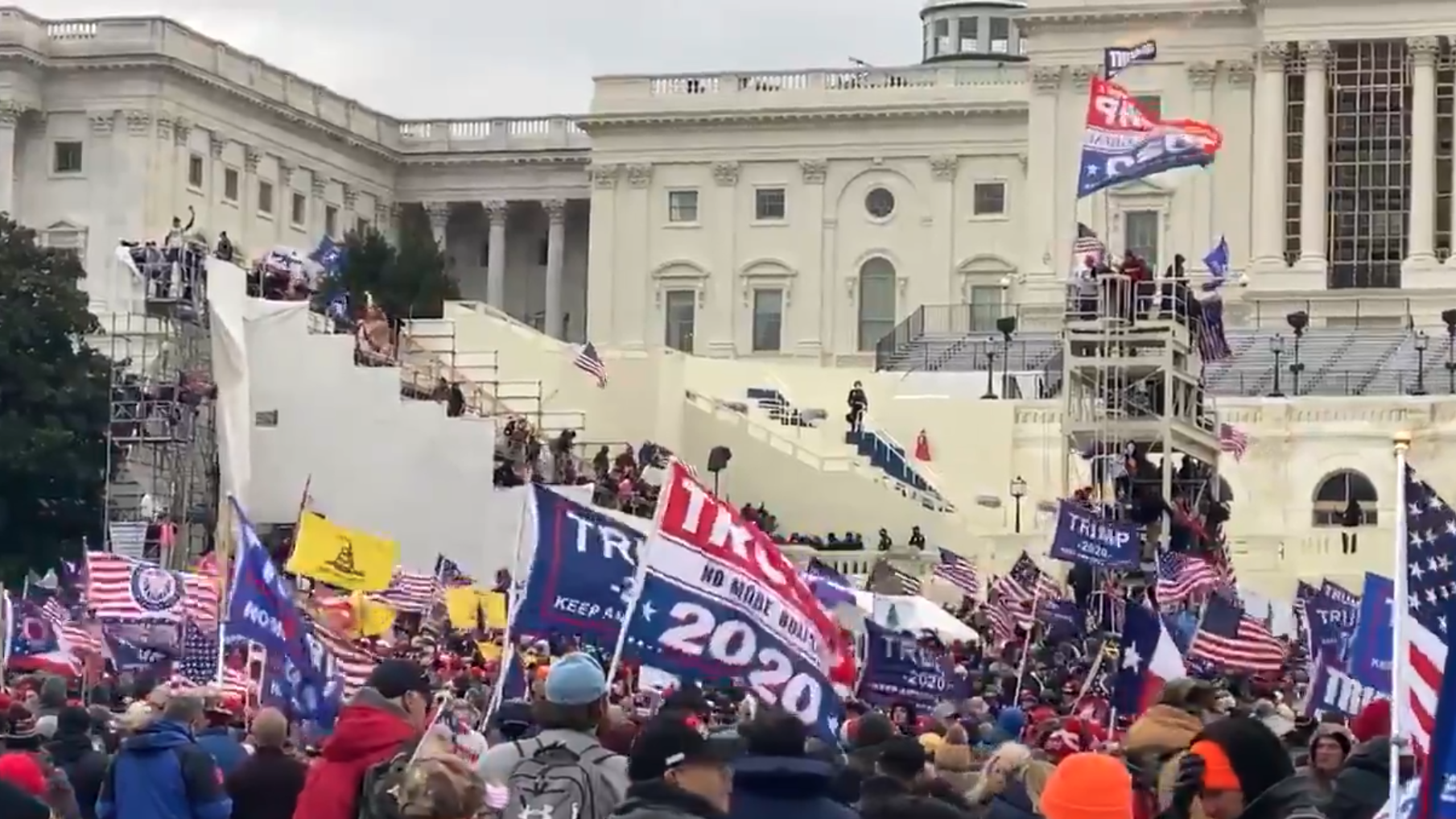 Alabama leaders were quick to denounce the violence by a mob of President Donald Trump’s supporters who fought police and went rampaging through the Capitol Building in Washington D.C.

“Today is a very dark day for our country. I am safe thanks to the protection and swift action by our law enforcement officials. Our Founding Fathers warned against mob rule. Law and order must be established and maintained.”

“Tonight, as our elected representatives reconvened in the U.S. Capitol, Vice President Pence reminded us that violence never wins in our great nation — freedom wins. I am pleased to see the people’s work continue and the rule of law upheld. The resiliency of our country will always prevail.”

“I condemn, in the strongest possible terms, the actions of those who today attempted to storm the Capitol, a place where passionate but peaceful protestors had gathered and lawmakers debated inside. Our country is built upon the foundation of the rule of law. American democracy guarantees the right of peaceful protest. Those who chose to engage in violence and anarchy should and will be held accountable under the law.

“I stand by the brave men and women of law enforcement as they work to restore order. God bless the Capitol Police and all members of law enforcement who, as always, have showed such great courage in protecting their fellow man.”

“We must remember that the GOP is the party of law and order, and protests, no matter how passionate, must always be peaceful. I pray that order will soon be restored at the U.S. Capitol and that the police officers working to end the chaos will remain safe.”

“The Alabama Republican Party strongly condemns any violence and unlawful actions occurring on Capitol Hill today. We support law enforcement efforts to control and arrest any person who is violating laws and causing harm to property or people. These actions are not American and cannot be tolerated.

“We strongly support peaceful assembly and protest as guaranteed by the First Amendment. The Electoral College voting process, which is allowed by the Constitution, must be allowed to continue without disruption. It is important that citizens contact their representatives to have their voices heard in an orderly and respectful manner.”

“I was on the House Floor this afternoon objecting to the electoral votes with many of my colleagues. We had to evacuate due to a security breach. I ask for your prayers during this time in our nation’s history. God has brought this nation through many dark days over the past 240 plus years. We have more times than not, been able to settle our disputes peaceably. I believe God will continue to guide and protect this nation. However, as a nation we need to seek his guidance in peace. He is in full control!”

“Although protestors have the constitutional right to have their voice heard, they do not have the right to be disruptive during the certification process that was put in place by our Founding Fathers in 1789 and has since survived the history of our Republic. We are fortunate to live in the greatest country in the world – a nation that allows for a difference of opinion. With this freedom comes the responsibility to follow the systematic process to have your opinion voiced, heard, and understood, without disrespecting others or putting lives at risk.

“We are a nation of laws. These laws must be strictly followed and enforced. It is time for America to support the law enforcement officers who serve to protect our personal freedoms – including that to protest. There is an appropriate time and method to express one’s displeasure with the outcome of an election, whether that is through voting in the next election or through introducing information during the legislative process. The answer, however, is never physical violence.”

“The people who are currently occupying the Capitol are anarchists and should be treated as such by law enforcement. The type of behavior witnessed today in Washington, D.C. should never be encouraged or allowed. Human life is far more important than pandering to any politician or political group. President Trump should call on his supporters, who claim to support ‘law and order’, to stand down, follow the law, and unite behind our democratic process.”

“Now is the time for Congress, not violent protestors, to either certify or reject the state’s electoral votes as required by our Constitution. Full faith and confidence in our elections must be restored. In order for that to happen, our Nation’s leaders must promote unity, understanding, and the willingness to work with those who may see things differently. This process begins with the actions of our Commander in Chief.”

“What we saw today is not representative of democracy of who we are as Americans. It is not the MAGA movement I know, but a mob determined to tear our government apart. I stand with the rule of law to root out corruption in our voting process; but what happened today has no place in America. Americans should use the ballot box to implement the policy agendas we desire; but we should never resort to rioting and violence to achieve our goals or affect change.”

“The Constitution gives us the right to peacefully assembly and speak freely, but we are also a nation of law and order. I ran for Congress to bring our South Alabama values to Washington; and I will not allow today’s rioting and violence to prevent me from doing the job that I was elected to do. I have an unwavering faith in the American people, our democracy and the strength of this nation.”

“Thank you to everyone who has reached out with concern for my staff and me. We are all safe and grateful for the hard work of our dedicated Capitol Police. Please join me in praying for the healing of our country. This is a sad day for everyone and the scenes we witnessed today were unacceptable.”

“Lawlessness and anarchy are never the answer. We are – and always will be – a nation of law and order. While I support Americans’ 1st Amendment rights, I strongly condemn any and all violence & fully support our brave Capitol Police and LEOs.”

“The violence at our Nation’s Capitol Building is an intolerable attack on a fundamental institution of our democracy. From the outset, the Department of Justice has been working in close coordination with the Capitol Police and federal partners from the Interior Department, the Department of Homeland Security, and the National Guard, as well as the Metropolitan Police and other local authorities. Earlier this afternoon, the Department of Justice sent hundreds of federal law enforcement officers and agents from the FBI, ATF, and the U.S. Marshals Service to assist the Capitol Police in addressing this unacceptable situation, and we intend to enforce the laws of our land.”

At least one person was shot dead by police Wednesday during the insurrection at the Capitol. Several others were injured, and at least three died from medical emergencies during the chaos.