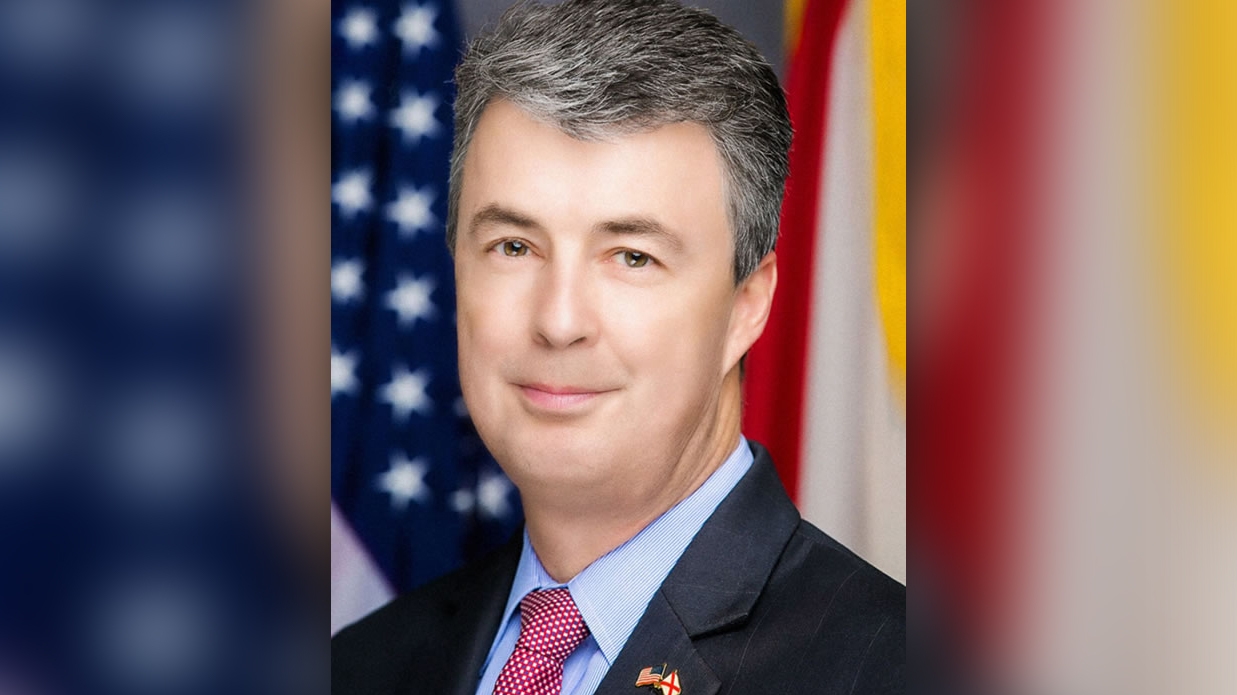 As criticism mounts for the Republican Attorneys General Association and its dark-money nonprofit, the Rule of Law Defense Fund, for the latter’s role in aiding the protest that resulted in a deadly riot at the U.S. Capitol, questions remain about what Republican attorneys general knew of that aid.

Marshall in a statement Friday said he was unaware the nonprofit he leads made “decisions” with regard to the rally, and condemned the violence that followed.

“Despite currently transitioning into my role as the newly elected chairman of RLDF, it is unacceptable that I was neither consulted about nor informed of those decisions. I have directed an internal review of this matter,” Marshall said.  “I condemn, in the strongest possible terms, the actions of those who attempted to storm the U.S. Capitol, a place where passionate but peaceful protestors had gathered and lawmakers debated inside.”

Prior to the protest, RLDF sent out robocalls detailing when and where citizens should meet, which was first reported by the watchdog investigative journalism group Documented.

Marshall, speaking to The Montgomery Advertiser after a press conference on human trafficking Monday, said the internal revue is ongoing, and seemed to signal that as a private nonprofit, RLDV isn’t required to discuss personnel matters.

“We’re a private agency. A nonprofit we don’t necessarily publicly announce what goes on from an employee discipline standpoint, but we are engaging in a vigorous review and we will get that completed here shortly,” Marshall told the newspaper’s Brian Lyman.

Asked by The Montgomery Advertiser whether he felt Trump bore any responsibility for the violence at the Capitol on Wednesday, and for comment on Trump’s potential impeachment, Marshall declined comment.

“One of the great things about the state of Texas is that we did not did not quit. If you look at what Georgia did, they capitulated,” Paxton told the crowd before the riots.

“The continued peddling of conspiracy theories and pandering to President Trump’s dangerous lies by the Republican Attorneys General Association, the Rule of Law Defense Fund, and some current and former Republican Attorneys General has gone unchecked for too long. Current and former Republican AGs have been directly involved with efforts to undermine the results of the 2020 presidential election, and now the party of so-called ‘law and order’ played a role in recruiting the domestic terrorists who breached the U.S. Capitol to attack Vice President Mike Pence for doing his Constitutionally-mandated job to certify the Electoral College.

“RAGA, RLDF — and the Republican AGs who blindly take their support — have no legal or moral ground on which to stand here: the organization paid for robocalls to recruit attendees, it was listed as a sponsor of the event, its former Chair spoke at the rally that incited a mob, and former GOP AG Josh Hawley led the effort in Congress to undermine the election.

“The committee’s unfortunate choice to compare insurrectionists and white nationalists who stormed the Capitol to Americans protesting this summer for racial justice further illustrates the radical and racist underpinnings of RAGA’s most recent efforts.

“It is not enough for Republican Attorneys General to denounce the violence at the Capitol; they must publicly distance themselves from the Republican Attorneys General Association and its leadership. And we encourage any individual and entities financially-backing the committee to abstain from further supporting an organization that makes such a mockery of the rule of law and our beloved democracy.

RAGA’s executive director, Adam Piper, who was president of RLDF in 2017, sent a statement to APR blaming staff for the nonprofit’s role in the rally:

“The Republican Attorneys General Association and Rule of Law Defense Fund had no involvement in the planning, sponsoring, or the organization of yesterday’s rally. No Republican AG authorized the staff’s decision to amplify a colleague speaking at the rally. Organizationally and individually, we strongly condemn and disavow the events which occurred. Yesterday was a dark day in American history and those involved in the violence and destruction of property must be prosecuted and held accountable.”

Margaret Huang, CEO and president of the SPLC Action Fund, in a statement Saturday called for independent investigations by the Alabama Ethics Commission and Alabama Bar Association into Marshall’s leadership of RLDF:

“Attorney General Marshall’s account of his involvement in Wednesday’s insurrection is not credible. He’s asking the public to believe that he was completely unaware of his staff’s work to organize the rally and insurrectionist efforts urged by the disgraced President Trump. It appears he is lying to his constituents – the Alabama people – and the American public at large about the outcome of the 2020 election and his role in the failed yet deadly coup.

“Any involvement by Marshall or his organization in Wednesday’s desecration of the US Capitol deserves thorough scrutiny – but not from the very people who promoted Trump’s attempt to stop the democratic transition. Despite Trump’s debasement of his office, we can and should expect the highest level of honor and ethics from our elected officials. As a lawyer and member of the Alabama Bar, Marshall swore an oath to uphold and respect the law. Both the Alabama Ethics Commission and the Alabama Bar Association should conduct independent reviews into Marshall’s knowledge of and participation in Wednesday’s insurrection and, if warranted, impose appropriate penalties.

“We cannot begin to rebuild our democratic systems without a full accounting of how the insurrection happened and consequences for all those directly involved. Marshall and any other Alabama officials involved in the events must be held accountable.”

Since Wednesday’s deadly attack, the list of Republican attorneys general — the top law enforcement officers of their respective states, who hold membership and leadership positions in RAGA and RLDF — denying any knowledge of RLDF’s role in aiding the rally continues to grow.

“I was completely unaware and had absolutely no involvement in the Republican AG group’s participation in the rally. I disagree with the staff’s decision to be involved and strongly condemn the violence that followed,” South Carolina Attorney General Alan Wilson tweeted on Saturday. Wilson is one of nine members of RAGA’s executive committee and also signed on to Paxton’s failed lawsuit seeking to overturn election results.

The Kansas City Star reported Saturday that spokesmen for both RAGA members Missouri Attorney General and vice-chairman of RAGA, Eric Schmitt, and Kansas Attorney General Derek Schmidt said neither had prior knowledge about RLDF’s robocalls. Derek Schmidt stepped down from the Rule of Law Defense Fund board in August, the newspaper reported his spokesman as saying. Both attorneys general also signed on to Paxton’s lawsuit.

A spokesman for Missouri Attorney General Eric Schmitt said in a statement to The Star that Schmitt “absolutely had no knowledge of or involvement in the robocall, and condemns the violence that took place on Wednesday in the strongest possible terms, period.”

Likewise, Georgia Attorney General and RAGA chairman Chris Carr “had no knowledge or involvement in this decision,” his spokeswoman told NBC News.

“I had no knowledge or role regarding any efforts made by RAGA or RLDF as to this issue,” Arkansas Attorney General Leslie Rutledge told the Arkansas Times. Rutledge also signed on to Paxton’s lawsuit.

Louisiana Attorney General Jeff Landry, a member of the boards of both RAGA and RLDF and another of the Republican attorneys general who signed on to Paxton’s lawsuit, told WDSU that he “was not aware of the call placed by the RLDF.”

“I am shocked and angered by this unauthorized act by a rogue staffer, which I found out about through a press report. It is the opposite of the rule of law and contrary to what I stand for,” Ohio Attorney General Dave Yost tweeted Saturday.

The Center for Media and Democracy sued Yost in December after requesting communications between Yost and his office, and RAGA and RLDF, and being told they were not public records, then told the records did not exist, according to The Columbus Dispatch.

The website for the rally — marchtosaveamerica.com — is now down, but in an archived version of the site, taken at 6:36 a.m. on Jan. 3, the site lists RAGA as one of 10 “coalition partners.”

In another archived version of the website, taken at 10:35 p.m. that same day, someone replaced RAGA with RLDF on the list of participants.

APR’s emailed questions to RLDF executive director Peter Bisbee on Saturday about his knowledge of the involvement, and about who at either RAGA or RLDF requested that change on the rally’s organizing website, have gone unanswered.

It was unclear Monday how many people are employed at RLDF, but Marshall’s investigation into what happened at the nonprofit he heads shouldn’t take long to conclude. Formed in 2014, RLDF has not filed a 990 tax form since 2017, according to the nonprofit tracking website Guidestar. In those years it has never had more than four paid employees, according to tax records.

RLDF in 2017, according to the nonprofit’s 990, had six unpaid directors who were voting members of the body, and just three paid employees: A president, a vice president and a treasurer. Total compensation between the three was $528,634 that year. RLDF does not publicly disclose who sits on its board or its officers.

RLDF in 2015 and 2016 had the addition of a secretary to its paid staff, Alabama Republican operative Jessica Garrison, who was once an aide to then-Sen. Jeff Sessions, campaign manager to Luther Strange and was the chief counsel to the Alabama attorney general in 2011. Garrison’s LinkedIn lists her as president of RLDF from Jan. 2014 to Jan. 2015 and senior advisor from Jan. 2015 to Jan. 2016, while simultaneously listing her as senior advisor to RAGA during that year.

Scott Will, a partner at Washington D.C.-based Attorney General Strategies, was RLDF’s vice president and executive director of RAGA until Jan. 2019, according to his LinkedIn account, but it’s unclear who took his position. Lee Russell is listed as RLDF’s treasurer in 2015, 2016 and 2017, and her LinkedIn account states she is RAGA’s chief financial officer and has been since 2015. Attempts to find a phone number for Russell were unsuccessful, but she did not respond to emailed questions about the matter on Monday.

According to the previous reporting by Documented, which cited quarterly IRS filings, RAGA in 2020 received a great deal more funding from Koch, in addition to larger corporate donations from other big names:

In the wake of Wednesday’s deadly attack, numerous banks and other corporations are pulling donations to Republicans who aided in President Donald Trump’s push to overturn the election results. Marriott International, Morgan Stanley, Blue Cross Blue Shield Association, Boston Scientific and Commerce Bancshares have announced the companies will pull donations to Republican members of Congress who voted against certifying election results on Wednesday, after the riots.

JP Morgan, Citigroup and Goldman Sachs have said the companies will temporarily suspend all political donations.

Several companies told The New York Times that they were reviewing their support of RAGA, though none said they planned to cut ties, according to the newspaper.