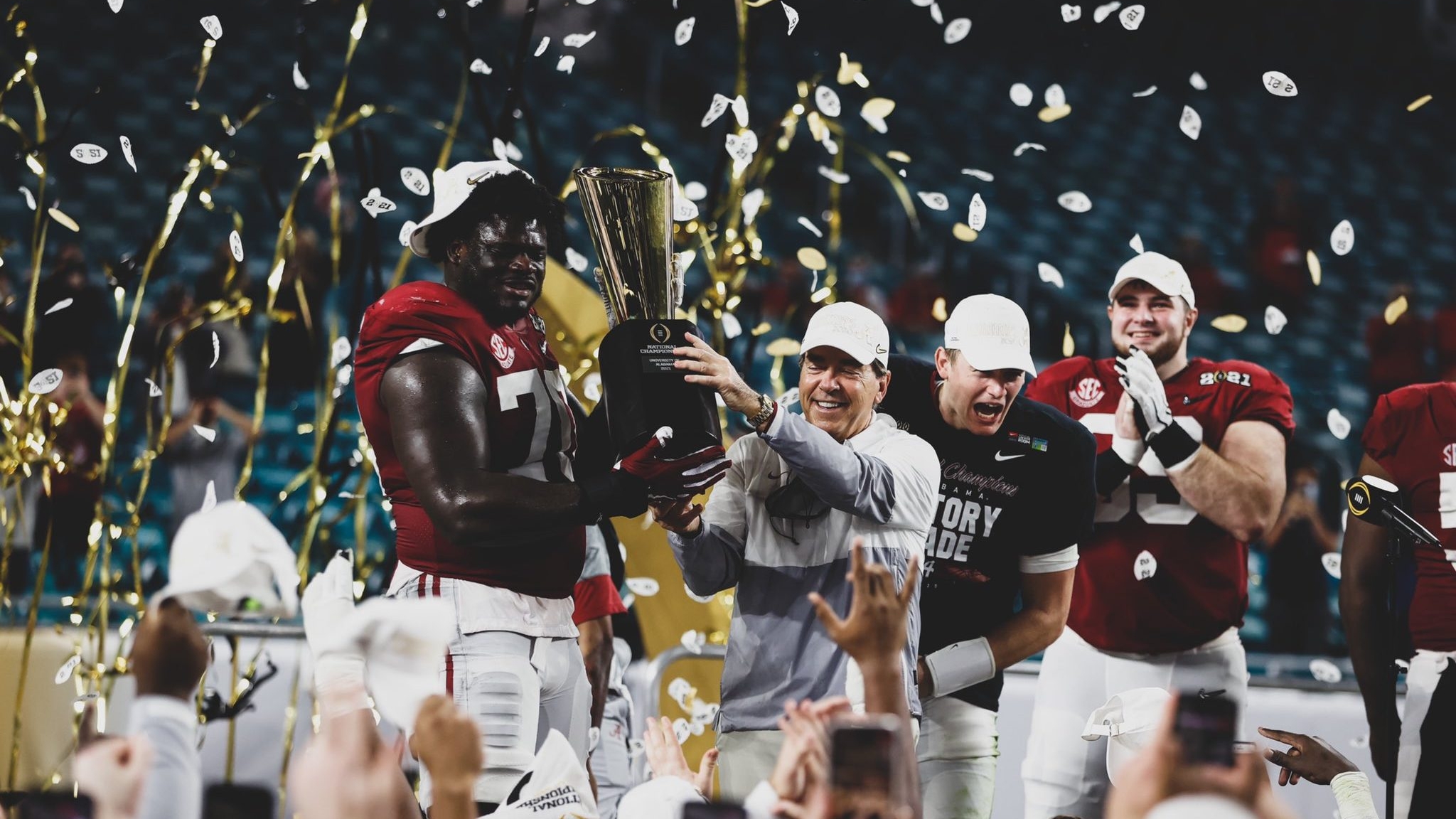 Alabama coach Nick Saban along with players celebrating after winning a national championship. (VIA ALABAMA FOOTBALL)

The University of Alabama Crimson Tide football team defeated the Ohio State University Buckeyes in the 2021 National Championship game. For Alabama head coach Nick Saban, this was his sixth national championship at Alabama and his seventh overall.

Alabama defeated Ohio State University by a score of 52 to 24.

“I am just happy that we won tonight,” Saban said.

When asked about passing Bryant, Saban said: “I don’t think anybody compares to Coach Bryant. I think Coach Bryant is in a class by himself. He is the one who made Alabama the place where top athletes want to go.”

COVID-19 almost prevented the 2020 college football season from happening at all. At one point, the Big Ten, PAC Twelve, MAC and Mountain West conferences had all announced they would play no fall football season due to the threat of spreading the coronavirus and fears that athletes with COVID-19 could experience long-lasting effects. The SEC, ACC and Big Twelve pushed back and announced they were playing with or without the other conferences. Eventually, those conferences all decide they would play after all.

Non-conference games were canceled to prevent the spread of the coronavirus so SEC teams had to play 10 conference games on the road to the SEC Championship Game. Bama went 10-0 in the season and defeated Florida in the SEC Championship Game. In the college football playoffs, Alabama defeated both Notre Dame and Ohio State, the two teams who can challenge Alabama for the greatest football schools of all time.

This Alabama team boasts three of the top five Heisman finalists, including Heisman winner DeVonta Smith. Smith had 12 catches for 215 yards and three touchdowns in the National Championship game before leaving the game with a hand injury.

Alabama’s offense put up 35 points by halftime. The Alabama defense held the Buckeyes to just seven points in the second half. Alabama quarterback Mac Jones had 36 completion on just 45 attempts for 464 yards and five touchdowns.

Alabama offensive coordinator Steve Sarkisian is leaving to be the head coach at the University of Texas.

This is just the second time that a Saban team has gone undefeated. The 2009 team went 14 and 0 and won a national championship.