Rep. Mo Brooks, R-Ala., looks on in the House Chamber after they reconvened for arguments over the objection of certifying Arizona’s Electoral College votes in November’s election, at the Capitol in Washington, Wednesday, Jan. 6, 2021. (Greg Nash/Pool via AP)

Each member of the U.S. Congress pledges a 14-word oath before taking office. It reads: “I do solemnly swear (or affirm) that I will support the Constitution of the United States.” Alabama Republican Congressman Mo Brooks has failed to honor his words. He is now searching for excuses as to why he shouldn’t be held accountable for abandoning his promise and betraying the Constitution.

Brooks is facing censure in the House and a resolution to have him expelled for his words and actions that led to a mob of rioters laying siege to the U.S. Capitol. Shouldn’t there be greater punishment for a man who participated in what the Joint Chiefs of Staff call “sedition and insurrection?”

In a speech before a crowd of President Donald Trump supporters, Brooks incited violence against the United States of America. His words and those of Trump and others resulted in a frenzied mob ransacking the U.S. Capitol Building in an attempt to stop the certification of the Electoral College.

Six members of Alabama’s congressional delegation joined Brooks in his move to steal the presidential election for Trump. Voters across the nation rejected Trump in favor of Democratic candidate Joe Biden. Still, Brooks, Robert Aderholt, Gary Palmer, Barry Moore, Jerry Carl, Mike Rogers and Sen. Tommy Tuberville voted against certifying the will of the people because they and many of their constituents didn’t like the results.

Some representatives have privately said that they were following their constituents’ will, but members of Congress do not swear an oath to those who vote for them but to the Constitution.

This is how the American Civil War began and why the Lost Cause remains romanticized in portions of the South.

Brooks is not backing down, texting AL.com‘s Paul Gattis, saying: “I make no apology for doing my absolute best to inspire patriotic Americans to not give up on our country and to fight back against anti-Christian socialists in the 2022 and 2024 elections.”

Neither Trump nor Brooks is willing to accept losing the presidential election, which is beyond fantasy and more akin to constitutional heresy.

The United States system of government relies on members of Congress keeping their oath. Also, there is an unwritten rule that holds that the loser of an election acknowledges defeat.

In the book Losers’ Consent: Elections and Democratic Legitimacy, the authors explain that “Democratic elections are designed to create unequal outcomes—for some to win, others have to lose.” If a loser fails to acknowledge defeat, it undermines the Democratic process, making the nation eventually ungovernable because the minority forever sees the winner as illegitimate. The Constitution is clear about winners and losers and how elections are certified.

While no law says a person must concede an election, it has been a long-held tradition in the United States to ensure cohesion.

Even now, Brooks, like Trump, refuses to accept the outcome of the 2020 presidential election, citing baseless claims of voter fraud. This was the basis of his rallying cry on Jan. 6, when he called for an angry mob to start “Kicking ass,” which led to a storming of the Capitol.

Trump, Brooks and others gathered a group and told them that the enemy was taking over their government and then pointed them to a specific target. That’s what dictators and usurpers do.

Interestingly, the rioters who entered the Capitol Building largely spared statues and paintings. They did trash offices and steal. So, why take zip ties, poles, guns, and other weapons? Because the rioters did not intend on damaging the artifacts within the building, it was the people they were intent on harming.

The president and Brooks sent the mob to hunt the enemy who Brooks said were “Socialist Democrats,” and “Republican congressmen and senators [who] love their bourbon, love their cigars, love their prestige, love their personal power, love their special interest group money more than they love America.”

Brooks meant to inflame the Trump-rioters, which is apparent in his speech.

House GOP Conference Chair Liz Cheney, the third-ranking House Republican leader, said of Trump’s role in encouraging the Capitol siege: “There has never been a greater betrayal by a president of the United States of his office and his oath to the Constitution. I will vote to impeach the president.”

The House impeached Trump for a second time on Wednesday, charging him with inciting an insurrection. Ten Republicans voted to impeach Trump. It seems impossible that the same members of the House could excuse Brooks’ part in the fateful events that led to Trump’s impeachment.

How can Brooks’ actions be perceived any differently than the president’s? Under Article I, Section 5, clause 2, of the U.S. Constitution, Brooks can be expelled from the House with a concurrence of two-thirds of the members.

Like the president, Brooks has shown no remorse for inciting violence and has said he stands by his message.

Like all false prophets  and would be demigods, Brooks believes he stands on a lofty pillar of history. Perhaps his mind is so muddled by the rarefied air he breathes on his imaginary holy mountain. Or it could be that his brain is delusional because he is suffering from a lack of oxygen because his head is buried deep where the sun doesn’t shine.

Either way, Brooks has disobeyed his oath, disgraced his country and state, and should be removed from office before he causes more damage. 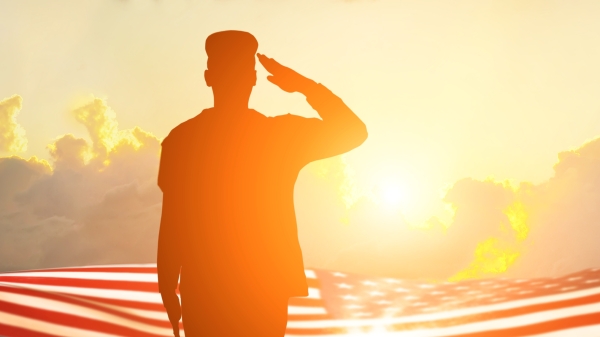