Thank you, Rep. Chip Brown. Just when I thought there was no hope for the Republican Party — no one willing to stand up and do the right thing, to hold people accountable for their actions regardless of party affiliation. Just when all hope was lost.

Along come Chip Brown and a bill that would make sure that Donald Trump, Mo Brooks, Tommy Tuberville, Steve Marshall and all those insurrectionists who gathered at the Capitol on Jan. 6 and then stormed inside would face stringent charges — possibly even felonies — in this state for their seditious acts.

Brown, a Mobile Republican, has pre-filed a bill for the start of the legislative session next week that would, among other things, make soliciting, inciting, urging, funding or otherwise aiding and abetting a riot a Class A misdemeanor — on par with domestic violence.

And the penalties … woo boy. Violators would be imprisoned for 48 hours without bail and face a minimum of 30 days in jail.

And that’s just for the misdemeanors. In the case of the Capitol insurrection, there could most likely be felony charges — known as “aggravated riot” in Brown’s bill — because vandalism and violence occurred. There was also damage to a monument during that riot — another new law in Brown’s bill that would result in additional felony charges.

Trump, Brooks, Tuberville and Marshall would be in some serious trouble if Chip Brown were in charge.

Trump and Brooks riled up that mob. Trump told them to march to the Capitol. Brooks said to “kick ass.” Tuberville (allegedly) helped plan it all. And Marshall and his Republican Attorneys General Association paid for it. Brown would toss ‘em all in jail and keep them there for at least six months, if not longer.

He was obviously plenty angry about the traitorous actions that occurred that day in D.C. and he wanted to make sure none of the insurrectionists escaped justice, so he also tossed in a few changes that are even more, let’s say, “constitutionally challenged” than the ones mentioned so far.

For example, Brown’s bill would also make it a crime to use obscene or abusive language or to make an obscene gesture in public. It would make it a Class A misdemeanor to do so within 10 feet of a “public accommodation,” which is defined as pretty much any place of business, such as a hotel, restaurant, laundry mat, etc.

His bill also allows for every person present at a “riot” to be charged with the most serious crimes committed at that riot.

His bill also oddly makes “utility worker” a protected class and imposes harsher penalties for harming or attempting to harm such a worker.

Now, there’s at least a decent chance that locking up Trump and other Republicans wasn’t Brown’s intention when he slapped his name on this bill that some conservative think-tank lawyer came up with during a racist fever dream. In fact, I’m almost positive that when this was written, the goal was watching lots and lots of Black Americans be marched off to jail for daring to protest against being treated unfairly by the U.S. justice system.

But that’s the thing about pandering: If you’re not careful, you wind up hoisted by your own petard. Which is where Brown finds himself now.

Because the MAGAs at the Capitol a couple of weeks ago did far worse than any act of violence or destruction that occurred during the George Floyd protests.

They attacked police. They killed cops. They tried to murder and kidnap elected officials. They damaged the Capitol building. They stole government documents and computers. One person (allegedly) tried to sell a laptop to the Russians.

And they did it all for absolutely no reason whatsoever.

This brings up another little issue: That Capitol riot was started due in large part to the purposeful spreading of lies about election fraud by elected Republicans. Some are still facing disciplinary action in Congress, and there could be other charges.

Certainly, those lies contributed to the riots. You might even say they incited people to riot. And I can’t help but notice that Brown was one of seven Alabama legislators who signed a letter of support urging Brooks to challenge the election results and backing a legal challenge.

Which means, I’m pretty sure, that Chip Brown just sponsored a bill that would get Chip Brown arrested. 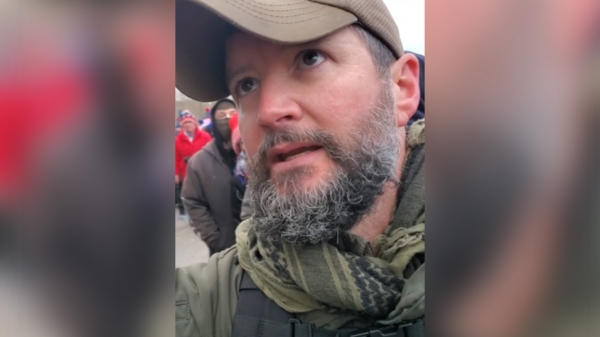 Opinion | The patsy should pay a price too

"Whether he did it unwittingly or to pander for cheap votes, Tuberville helped Trump execute an insurrection, and that is unforgivable."