The view of The Space & Rocket Center in Huntsville, Alabama just after sunset. (STOCK PHOTO)

The U.S. Air Force’s decision on where to locate the headquarters of the U.S. Space Command has generated controversy, but it shouldn’t have. The Jan. 13 announcement was the culmination of a complex, time-consuming process as the Air Force selection team considered a wide range of key factors related to the command’s mission, examining workforce availability, costs, the presence of Department of Defense assets and much more.

In the end, the Air Force made the right decision: Huntsville, Alabama.

In its official statement, the Air Force explicitly stated that Huntsville’s Redstone Arsenal was the best choice for Space Command. It said:

“Huntsville compared favorably across more of these factors than any other community, providing a large, qualified workforce, quality schools, superior infrastructure capacity, and low initial and recurring costs. Additionally, Redstone Arsenal offered a facility to support the headquarters, at no cost, while the permanent facility is being constructed.”

That is no surprise to me. Redstone Arsenal, the cradle of the nation’s rocket program, is a thriving, 38,000-acre federal campus, home to more than 70 military commands and government agencies.

Redstone Arsenal also houses the Marshall Space Flight Center, NASA’s largest installation and the beating heart of its propulsion research. Marshall’s scientists and engineers developed the Saturn V rocket that took man to the Moon, and they continue to make major contributions to the Artemis program, which will return us to the Moon and propel us beyond.

Every major aerospace company has a significant presence in Huntsville — Boeing, Lockheed Martin, Blue Origin, Aerojet Rocketdyne, Northrop Grumman and Space X, among others. The United Launch Alliance builds its powerful rockets just minutes down the road at a sprawling plant in Decatur.

Huntsville’s concentration of aerospace engineers is among the highest in the nation, underscoring the ready talent in the region. It’s also a top city in the U.S. for STEM careers, with a high ratio of STEM careers in the workforce.

In Huntsville, folks like to say: “We do space.” That’s not just a saying. It’s true.

These capabilities allowed Alabama’s “Rocket City” to stand out in the competition for Space Command’s HQ. True, there were other outstanding locations in the mix, including Colorado Springs. Understandably, officials in Colorado are upset that they were not selected in the end.

But you have to remember that this was not a decision that was made lightly. The Air Force visited all of the cities in the competition to get a better idea of their advantages, and the communities made extensive virtual presentations to make their case. The Air Force team looked at all the data as part of its decision-making process.

The bottom line is this: Alabama’s Redstone Arsenal represents the ideal home for Space Command.

In this article:Featured, Huntsville 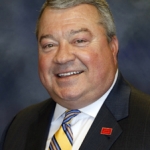 Greg Canfield is the secretary of the Alabama Department of Commerce.