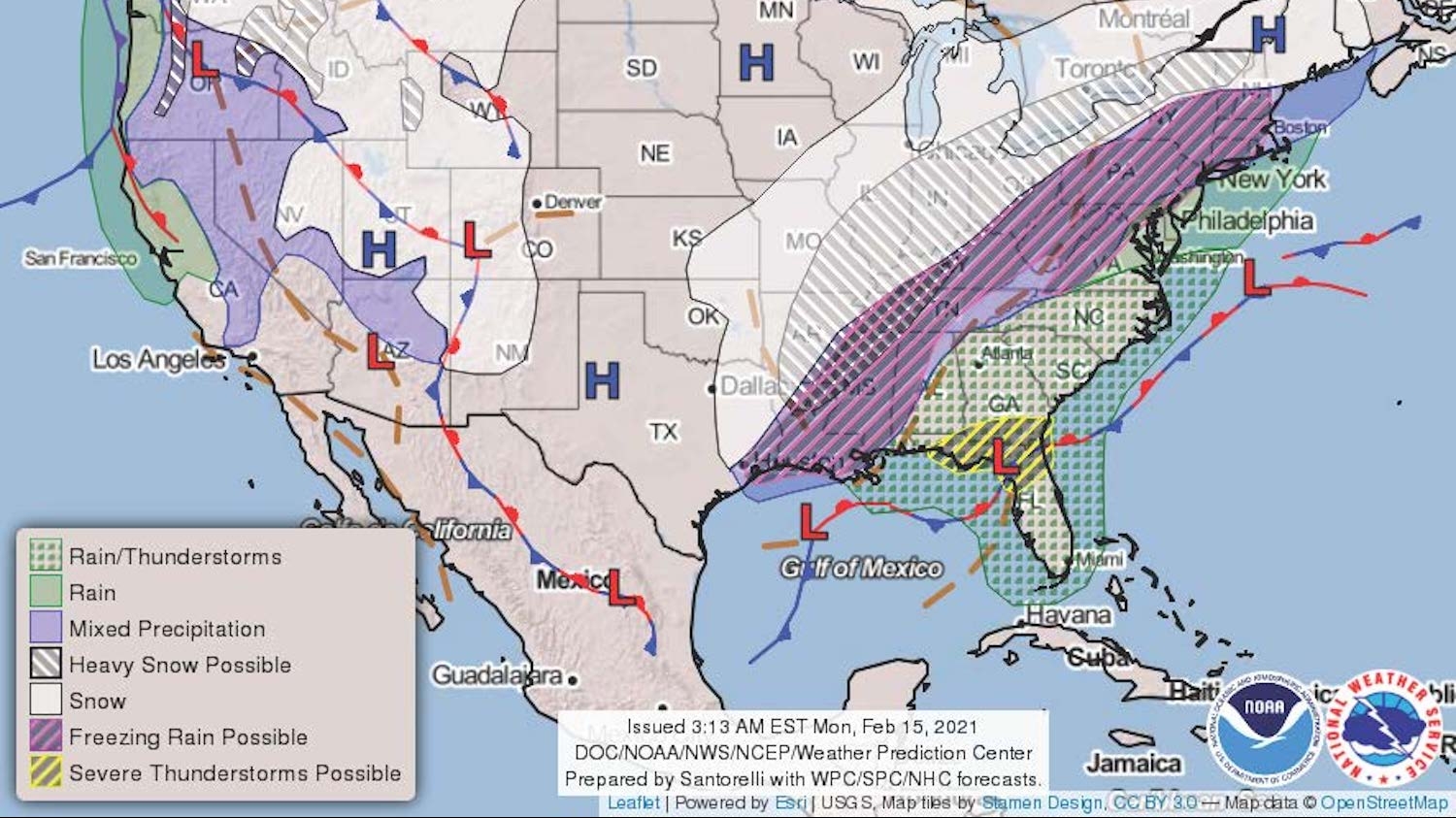 A massive ice and winter storm is expected across much of the country. (VIA NOAA/NWS)

Much of Northwest Alabama is under an ice storm warning Monday with a rising probability of winter precipitation including sleet, freezing rain and snow. On Sunday, Alabama Gov. Kay Ivey issued a state of emergency ahead of the potential winter weather.

At the advice of emergency management officials, the state of emergency will include 28 counties. If weather permits and roadways remain safe, Alabamians who have plans to receive their COVID-19 vaccine should still do so. Issuing this state of emergency is a precautionary measure in the instance the state is severely impacted due to freezing weather. Ivey reminded Alabamians to stay up-to-speed on the latest weather forecasts and use caution when driving.

There is growing ice accumulation on many roadways. Parts of the affected areas could receive as much as half an inch of ice, which is likely to thaw and refreeze on roadways as the winter storm front continues to pass through, making travel very difficult. If you do not need to go out then don’t. If you must travel this morning, allow extra time to get where you are going. Slow down. Speeds that would normally be safe may not be, given the icing on the roads, the possibility of downed trees and powerlines, as well as the presence of first responders and utility crews out working to deal with situations that may arise.

A wave of freezing rain and sleet fell Sunday night and a second wave is expected to come through the area Monday morning.

In a joint news release Sunday afternoon, the Alabama Department of Transportation and the Alabama Emergency Management Agency advised motorists to be prepared for widespread “black ice” conditions.

“Anywhere temperatures are below freezing, moisture on pavement surfaces may freeze to form black ice — a transparent layer of ice on the roadway that is difficult for motorists to detect in advance,” the statement said. “Travel on all routes in the affected areas will be potentially hazardous, and some routes may become impassable. Motorists are strongly advised not to travel except in case of emergency.”

There is a growing list of school and government office closings in north and central Alabama as of press time. Please check with your school or employers before venturing out. Feb. 15 is also Presidents Day so federal offices, state offices, banks and many schools were already going to be closed in observance of the national and state holiday.

Some people may experience loss of power with ice accumulating on utility lines and trees. If you have to go out: bring a fully charged cell phone, dress warmly, with shoes that you can walk on ice in if something unfortunate happens.