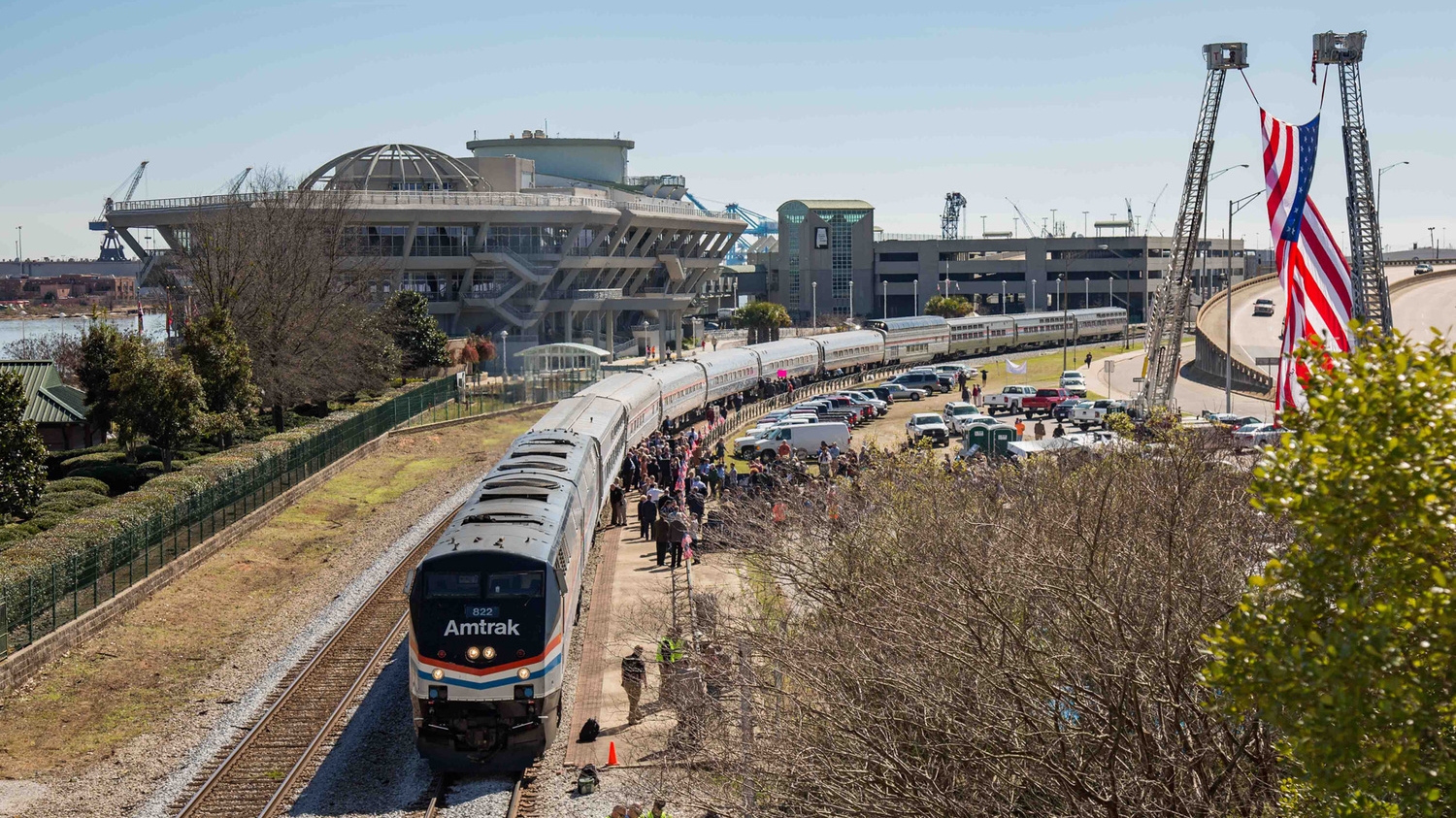 Congressman Jerry Carl, R-Alabama, on Wednesday expressed disappointment that Amtrak is proceeding with a restoration of passenger service from New Orleans to Mobile without first doing a feasibility study to demonstrate the impact of passenger rail on the Port of Mobile and the commercial interests of Alabama.

“I am very disappointed in Amtrak’s decision to initiate the process to permit daily Amtrak trains between New Orleans and Mobile without upholding its commitment to a full feasibility study,” Carl said in a statement. “I strongly urge Amtrak to continue working with rail carriers and regulators to study the impact of passenger rail on Alabama’s economic interests and commercial activity at the Port of Mobile instead of seeking authority from the U.S. Surface Transportation Board (STP) to begin service on the Gulf Coast.”

Amtrak plans to resume passenger traffic to Mobile after two decades without service. The move is controversial in some quarters because, under federal law, freight trains have to yield the road to the two passenger trains a day that will be coming from New Orleans to Mobile and back.

CSX railroad and the Alabama Port Authority had asked Amtrak to consider the impact on freight traffic and the Port of Mobile if those freight trains have to reroute to spurs so that the Amtrak’s passenger trains can pass.

The state of Alabama and the federal government recently invested more than $2 billion in the port to accommodate the newer, larger container ships in order to increase freight traffic in and out of Mobile. Some freight advocates argue that two passenger trains coming and going on the same track would be detrimental to those efforts.

Passenger train enthusiasts dismiss the concerns and argue that the public will benefit immensely by being able to connect to New Orleans by rail and from New Orleans to Birmingham, Atlanta, Texas and the rest of the Amtrak network. Passenger service they argue will bring more tourists to Mobile, will increase cruise line viability out of the Port of Mobile and will be environmentally beneficial by taking cars off the road.

Amtrak has announced that passenger rail service will begin sometime next year.