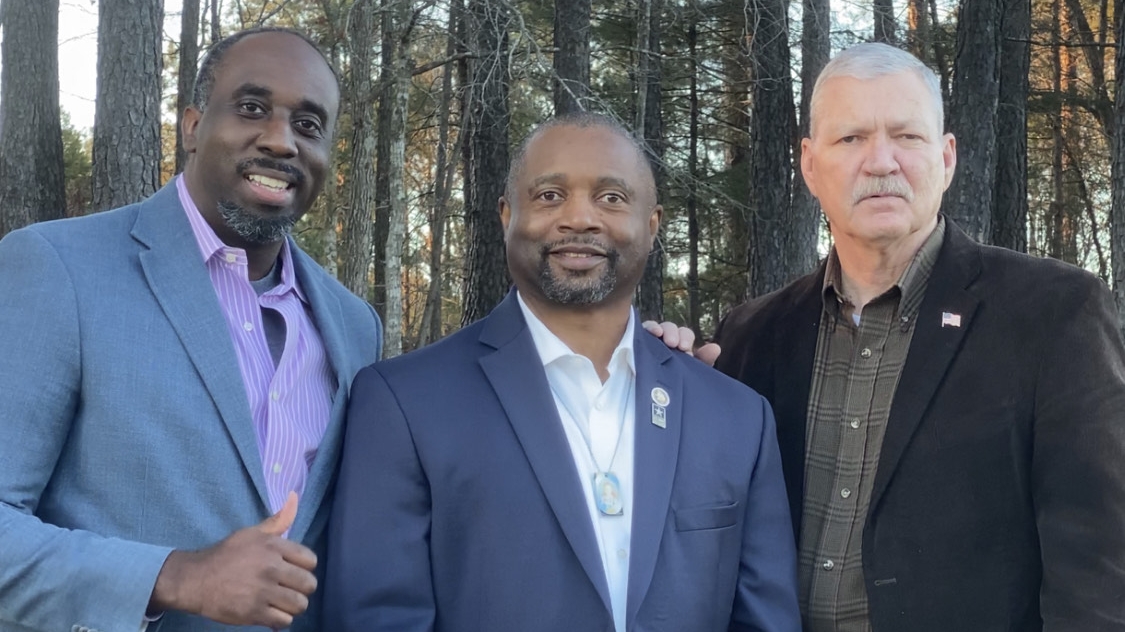 Paschal is the executive director of the Alabama Family Rights Association (ALFRA).

Paschal explained that for many years he has worked to re-establish the concept of both parents being involved in a child’s life.

“The family is under attack,” Paschal said. The government has done a number of things, “To incentivize the one parent family.”

House District 73 is in Shelby County. The seat is vacant due to former Rep. Matt Fridy, R-Montevallo, being elevated by the voters to the Alabama Court of Civil Appeals. The special Republican primary is on Tuesday, March 30.

“My commitment is to God and country,” Paschal promised. “The word of God and the Constitution.”

Paschal explained that the federal government often entices the state to do things that we otherwise would not do with federal dollars, often with strings attached.

“We need to tell Washington D.C. they can keep their money,” Paschal said explaining that he is not afraid to tell the federal government “No” when they are using federal dollars to do things that go against “Alabama values.”

“I have served,” Paschal said. “I have taken an oath.”

Paschal stated that big tech has tried to censor him for his conservative beliefs.

“My account was suspended for thirty days,” Paschal said. “We are under attack,” by big tech and the liberal newsmedia.

Paschal said that he is staunchly pro-life.

“I am the only candidate who can tell you that I have walked the halls, sat in the gallery fighting for pro-life legislation in Montgomery,” Paschal said.

Paschal promised to be a champion for small businesses and to work, “To enhanced our economic development.”

“I am truly passionate about making a difference,” Paschal stated. “I truly believe that Alabama can change the country; but we have got to send Godly men and women down there.”

Paschal stated that he knows Montgomery’s politics and will not be corrupted by its politics.

“I will maintain my commitment to God and country,” Paschal concluded.

“Kenneth will be a great representative for Shelby County,” Mayor Waters said. “He is a man of character and integrity. Kenneth is a straight shooter and he’s always stood up for what he believes. “Together, we would like to announce our endorsement of Kenneth Paschal for State Representative.”

“I’ve known Kenneth for 10 years,” Council President Mercer said. “I’ve seen firsthand how much he cares for our communities and his commitment to service. Kenneth is someone we can trust. I hope the people of Shelby County will join me and support Kenneth with their vote.”

“I’m very excited to have the support and endorsement of Mayor Waters and Council President Maurice Mercer,” Paschal said. “I’m a conservative Republican. I also believe that leaders have to be able to bring people together to get things done. I think that today’s endorsement shows that I will represent all the people of District 73.”

“I’ve never run for office before. I’m a career veteran, not a career politician,” continued Paschal. “In the Army, I had to complete the mission. Today, we have too many politicians that can’t seem to get things done or stand up for what they believe. I’m running for God and country. I took an oath to defend the Constitution of the United States. My oath did not end when I retired from the Army. That’s why I’m running for District 73.” concluded Paschal.

Kenneth Paschal served 21 years in the Army before retiring in 2006 and moving to Shelby County. He is a past commander of the American Legion and a member of the Shelby County Chamber of Commerce. Paschal was recently unanimously selected to join the Shelby County Republican Executive Committee.

Polls will open at 7:00 a.m. on Tuesday and close at 7:00 p.m. Voters must bring a valid photo ID with them to the polls in order to participate in any Alabama election. Voters must vote at the polling place that they have been assigned. There is no same-day voter registration in Alabama.