When the pandemic reached Alabama a year ago last month, a lot of businesses and schools and office workers simply moved online. It wasn’t always perfect – “You’re on mute” – but having a good internet connection let a lot of businesses avoid closing. It allowed our children to keep learning and a lot of people to keep working.

If they lived in the right ZIP code.

Here in the third decade of the 21st century, when the phones in our pockets are smarter than the computers that guided the astronauts to the surface of the moon, there are portions of Alabama without broadband internet, and that’s unacceptable.

“Broadband” is fast, always-on internet. Washington says it’s a minimum download speed of 25 megabits per second (Mbps) and upload speed of 3 Mbps. According to the FCC, you need 1 Mbps to check email, 6 Mbps to join a video conference and 10 Mbps to download files without it taking all afternoon. Broadband lets everyone in the workplace do all that at once.

According to Broadband Now, a consumer research site, 88.6% of Alabamians have access to wired broadband, but that means the rest – about 475,000 people, mostly in rural communities – don’t, and there’s at least one county where the fastest average internet speed is just 0.16 Mbps. To put that in perspective, Birmingham’s average download speed is 103.2 Mbps.

Without broadband, without fast, reliable and affordable internet, a small business can’t compete, and a community can’t hope to attract new jobs.

That’s why my association, the National Federation of Independent Business, supports Senate Bill 215, legislation that would create an Alabama Digital Expansion Authority. Under the bill, the authority would come up with a statewide connectivity plan and promote the expansion of broadband networks throughout the state – particularly in rural and underserved areas.

The bill passed the Alabama Senate in March on a vote of 32-0 and is awaiting action in the House.

Companies looking to expand need broadband the same way businesses in the past needed rivers, rail and roads; they’re not going to locate someplace if they can’t connect with their customers. And as far as local businesses are concerned, broadband is just as important as having a telephone. Broadband allows them to reach customers in other towns and across the country and even across the world.

SB215 is essential to ensuring the economic vibrancy of our small business community. That’s why we’re urging the Alabama House to pass SB215 and make it easier for broadband to reach every corner of the state. 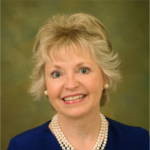 Rosemary Elebash is the Alabama director of the National Federation of Independent Business, the nation’s leading small business advocacy organization.