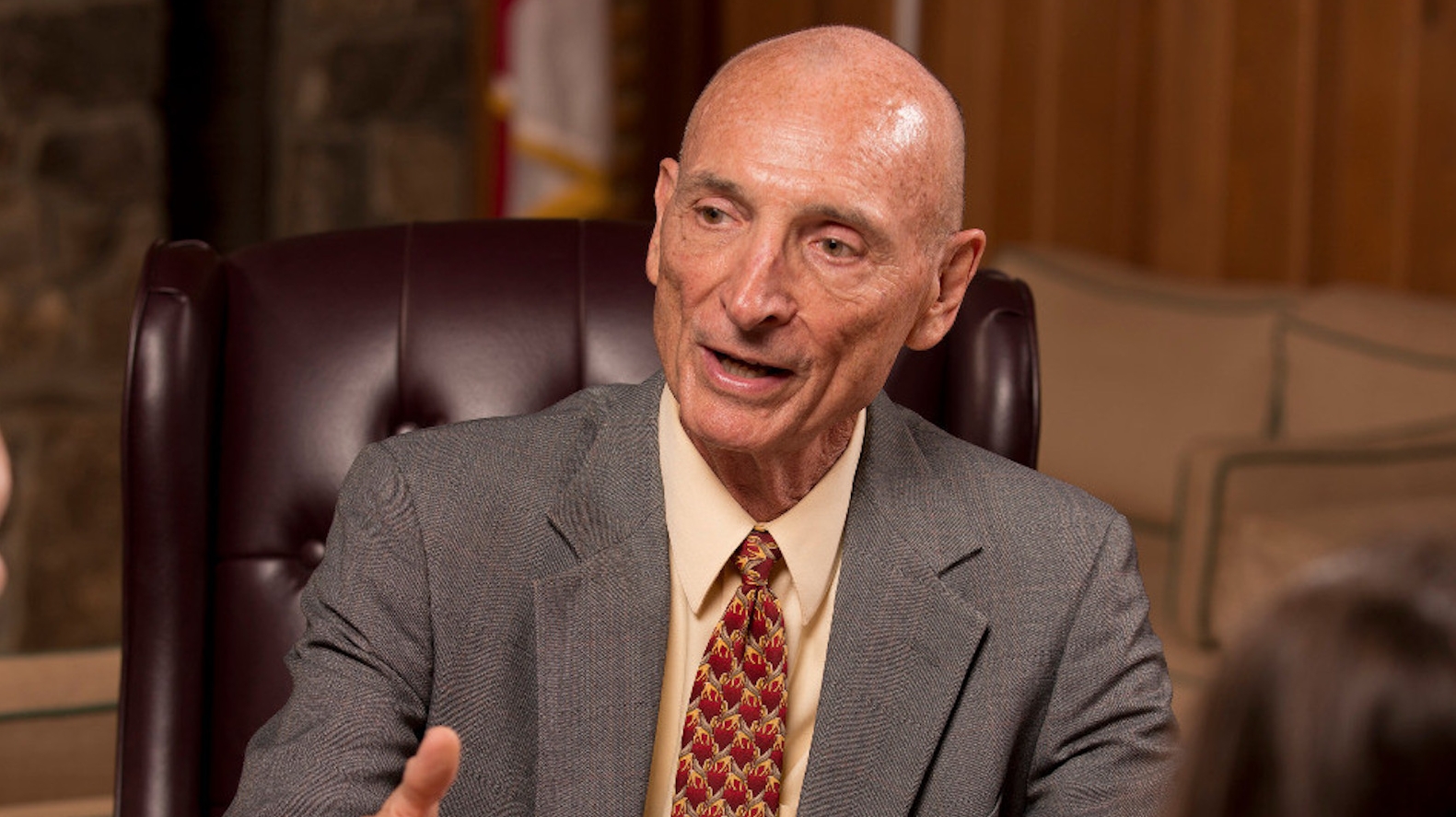 Holmes predicted that there would be some legislation to do a bond issue to pay for prisons.

Holmes said that Alabama Department of Corrections Commissioner Jeff Dunn “does not know what he is doing,” adding: “He was an Air Force Colonel. He had no experience with prisons when he was hired and he had not learned anything.”

Holmes said that he favors a bond issue to fix the prisons that we already have rather than building large megaprisons.

“There are problems with megaprisons, with getting them too big,” Holmes said. “The inmates start policing themselves.”

Holmes also said he’s had some legislative success. His bill to ban tianeptine — House Bill 2 — has passed the Senate. Holmes said that he had some concerns about the amendments that were being put on his bill in the Senate, but in the end “they made it a better bill.”

Holmes said that he is also carrying a bill, Senate Bill 241, to give the elected officials of the state more control over the orders that the state public health officer can make during a public health emergency.

“I thought that bill was dead,” Holmes said, but now is optimistic that that will get to the floor in the House. It is being carried in the Senate by Sen. Tom Whatley, R-Auburn.

“We have a pandemic about every one hundred years,” Holmes said. “This will have us better ready for the next one.”

“We in the St. Clair County Young Republicans are proud of and defend our southern heritage,” Chairman Logan Glass said. “We will as long as I am chairman.”

Holmes said that “the left” is opposed to not just Confederate history but also American history. Holmes was hopeful that HB242 would get out of committee next week. Holmes explained that his bill is based on the framework of the original Memorial Preservation Act, by Sen. Gerald Allen, R-Northport, but that it further protects the history by increasing penalties.

Holmes said that Rep. Jim McClendon, R-Springville, had introduced a simple lottery bill, SB315, and that Holmes, who does not gamble, could have supported that bill because his constituents have asked him to support letting them vote on a lottery.

However, the Senate has substituted that bill for a massive gambling bill: “To our shock. In the dark of night.”

Holmes said that was such a big and complicated bill that it is difficult “to wrap your mind around it.” Holmes said that members of the House are being pushed to support that bill “with a whole lot of money and hot air.”

Holmes said that the lottery would not bring in nearly as much money as proponents claimed, because in order to be competitive with neighboring states you would have to offer increased prizes, decreasing the profits that the state would make.

Holmes said that the bill would tax casinos at the rate of 20 percent, but that to mollify the Poarch Band of Creek Indians, it is not clear in the bill at what rate they would be taxed at and if you dig further into the legislation, that rate is just between 6 and 8 percent.

“The Indians have a casino near me in Wetumpka that grosses three-quarters of a billion dollars a year,” Holmes said. “They won’t let us see their books, but if they clear just 20 to 25 percent of that they are making a lot of money.”

Former state Sen. John Rice told the group that Allen had sponsored the Second Amendment Protection Act, Senate Bill 358, in the Senate and that is now in committee in the House. “My friend Tommy Hanes (R-Bryant) has that in the House,” Holmes said. The Hanes version has cleared the committee and is waiting to be put on the House calendar.

Holmes was asked about the bill to repeal the Common Core standards.

“It is in committee,” Holmes said. “I have been fighting that (Common Core) for 11 years, all the back to the Wetumpka Tea Party.”

Holmes was asked why so many conservative bills are being held up in the legislative process when the Republicans have a commanding supermajority.

“There are a lot of representatives down there with an R behind their name, who are Republicans in name only,” Holmes said.

“I am proud to be a Republican,” Edgerton said. “I became a Republican in the 1970s when Richard Nixon was president. It was wrong what they did to him.”

Edgerton defended the Confederacy and said that a lot of the people his ancestors once “called master became family,” and thanked them for giving his family land in North Carolina during Reconstruction.

Edgerton said that he was once asked if he would take reparations for slavery.

“Yes, I would, but they also need to pay reparations to all the proud southern white folk who were raped, pillaged and plundered” by the Union army during the Civil War and Reconstruction.

Edgerton praised Robert E. Lee and said that the “Smiling Sam” statue on the campus of the University of North Carolina was illegally taken down and has not been returned.

The Young Republican of St. Clair County meet on the fourth Thursday of the month every month at the Pell City Steakhouse.