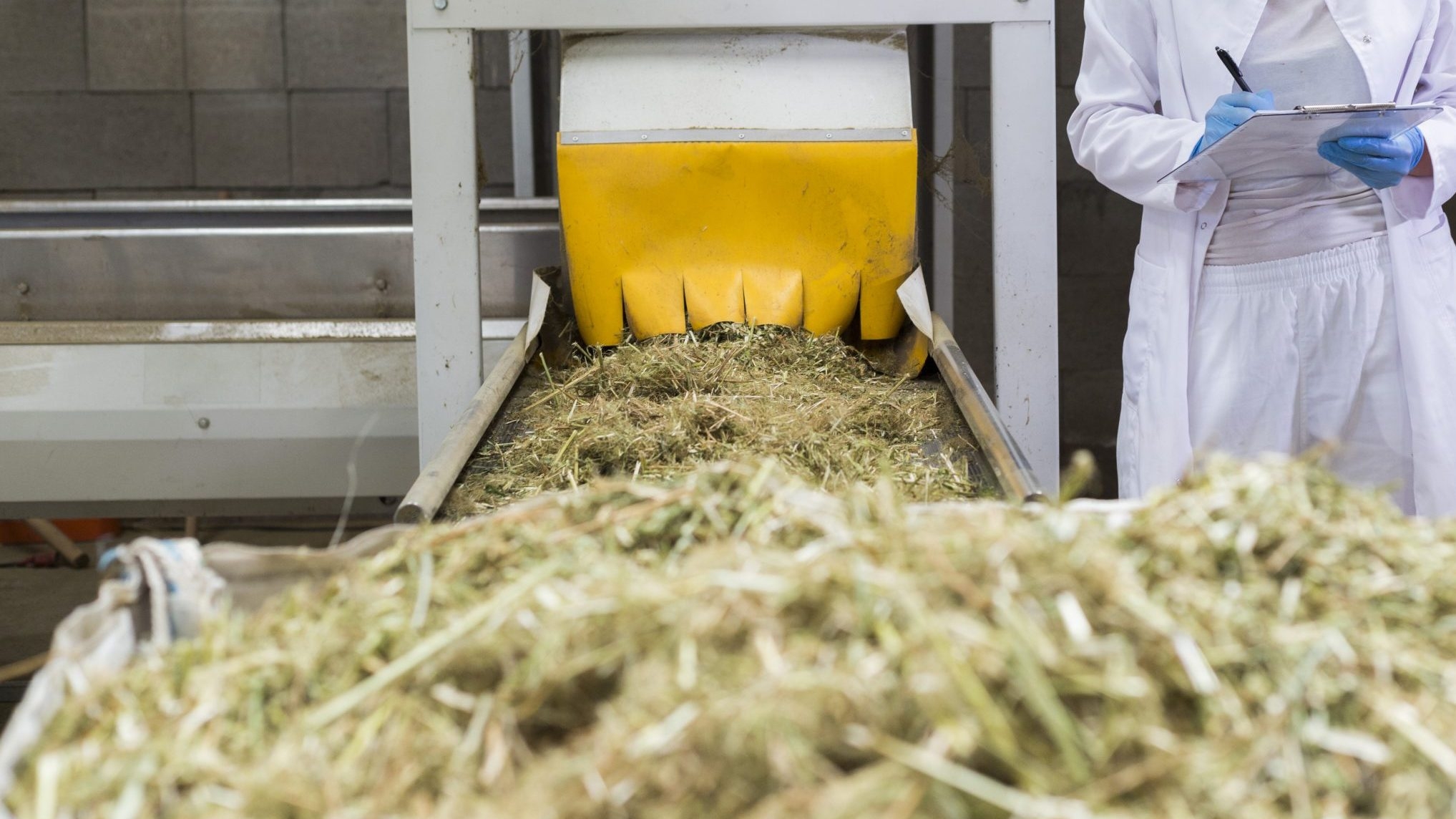 The Alabama Senate on Tuesday passed House Bill 2, legislation that banned tianeptine in the state of Alabama. The Senate Judiciary Committee had added a controversial amendment to the bill that would have also banned tetrahydrocannabinol Delta-8 and Delta-10. The hemp industry complained that that amendment to the legislation would have adversely impacted them. That amendment was removed from HB2 at the request of the amendment’s author, state Sen. Arthur Orr, R-Decatur.

Delta-8 tetrahydrocannabinol derived from hemp is the hottest segment of the hemp industry right now. Delta-9 tetrahydrocannabinol is the psychoactive component of marijuana. It is banned under both federal and Alabama law. SB46, the Compassion Act, if passed by the Legislature, would make marijuana (Delta 9) available to people with a demonstrated medical need; but would be tightly regulated and controlled.

The Alabama Cannabis Industry Association thanked legislators for their work in defeating the two amendments and the House Health Committee for passing SB46.

“We would like to thank Senator Tom Whatley, Senator Roger D. Smitherman, & Senator Author Orr, along with all the Senators who worked with us in removing the amendment from HB2 that would have ban Delta-8 & Delta-10, in a unanimous vote,” Alabama Cannabis Industry Association President Chey Garrigan said. “We would also like to thank the members of the House Health Committee, who defeated an amendment to the medical cannabis bill SB46, that would have ban Delta 8 & Delta 10 & any Delta with THC, to include CBD.”

The Alabama Cannabis Industry Association is supportive of Holmes’ original legislation to ban tianeptine and has been a vocal backer of Melson’s Compassion Act.

“We would also like to thank the House Health Committee, for a favorable report on SB46, the Compassion Act,” Garrigan said. “I spoke in favor of SB46 and was there for the discussions on the amendments.”

“It’s premature to outlaw these potentially beneficial treatments for very serious conditions until research has been done,” the ACIA said in a statement. “What we do know is that there have been no deaths attributed to delta-8-thc and cannabis is generally safer than even some over-the-counter medications.”

The Delta-8 issue has been closely watched by the national hemp industry.

Infinite Chemical Analysis Labs (ICAL) has cannabis testing facilities in California and Michigan. They report a 400 percent increase in requests to test products containing Delta-8 Tetrahydrocannabinol since 2019. Infinite Chemical Analysis Labs’ lab manager Jayneil Kamdar has a Ph.D. in organic chemistry and has been working for the company for the past three years.

“Delta-8 has been a very hot topic, particularly in California,” Kamdar told APR.

Kamdar explained that Delta-8 “is a grey area in the law.”

“There are two things here. The wording in the farm bill implied that hemp and products derived from hemp are legal,” Kamdar stated. “Delta-8 is considered legal when it is hemp-derived.”

Kamdar cautioned, however, that the quantity of Delta-8 is so small that it is not extracted from the hemp plant, but synthesized from CBD (cannabinol).

The DEA, federal Drug Enforcement Agency, meanwhile lists all of the tetrahydrocannabinols as controlled substances.

“From a federal standpoint, Delta-8 is illegal,” Kamdar said. “Some states have added Delta-8 to their controlled substances list recently to be more consistent with the federal law.”

Kamdar said there are safety concerns with the process of synthesizing Delta-8, particularly with some of the chemicals sometimes used in the synthesizing process.

“It should be regulated,” Kamdar said. “When consumers purchase products that are said to contain Delta-8, right now they don’t know what they are consuming. There is an inconsistency in the products on the shelves.”

Kamdar said that they have been no deaths from Delta-8 that he is aware of, but warned that it is not entirely harmless.

Kamdar is, however, opposed to banning Delta-8.

“It has been beneficial from a therapeutic level for a lot of people,” Kamdar said. “I am all for regulation.”

“Delta-9 is an unavoidable byproduct” of the process of synthesizing Delta-8, Kamdar warned. “98 percent of the Delta-8 products we have tested have a concentration of Delta-9 that is higher than .3 percent,” (greater than .3 percent Delta-9 is illegal in Alabama as well as federally under the Farm bill).

Kamdar explained that since Delta-8 is psychoactive, if taken in enough quantity, it could impair you as a motorist and on the job.

Black said that a Delta-8 user “could potentially fail a drug test at work.”

“Stores have been raided by the DEA and Delta-8 products on the shelves seized,” Black warned.

The states of Illinois, Oregon, North Dakota and Nevada are all reportedly considering bills to regulate Delta-8-THC. North Dakota’s bill could outlaw isomerization of Delta-8 and Oregon’s bill would give the Oregon Liquor Control Commission regulatory authority over “artificially derived cannabinoids” and also redefine THC to include all natural and artificial THC, including Delta-8 and Delta-9-THC.

Hemp industry advocate and Republican insider Perry Hooper Jr. said that making Delta-8 a banned product was unreasonable and he thanked Sens. Tom Whatley, R-Auburn, and Jabo Waggoner, R-Vestavia, for working with the industry to remove the Delta-8 and Delta-10 amendments from HB2.

Hooper did say that CBD and Delta-8 should be regulated in the state for safety and consistency and proposed legislation creating an Alabama hemp industry commission with regulatory powers over the manufacture and sale of those products.

Holmes said that he had some concerns about the amendments that were being put on his bill in the Senate, but in the end “they made it a better bill.”

While some in the state Legislature have proposed adding hemp-derived tetrahydrocannabinols to the state controlled substance list, the Alabama Democratic Party has recently announced that they favor the legalization of both medical and recreational marijuana.

While Holmes’s HB2 likely will be brought up on Tuesday, Melson’s SB46 is awaiting being added to the House of Representatives special order calendar.

Tuesday will be the 26th legislative day of the 2021 Legislative Session. The Legislature is addressing the seven bills in the education budget Tuesday. After that constitutionally mandated duty is completed, the House still has an ambitious agenda that includes taking up a constitutional amendment that would legalize gambling in the state and controversial legislation banning gender-affirming therapy for transgender minors. The Child Protection Act is opposed by LGBTQ advocates. Those bills, like the medical marijuana bill could all face significant opposition in the legislature, potentially slowing the House of Representatives to a crawl during these last days of the legislative session.

The medical marijuana bill and the gambling amendment would both still have to go back to the Senate for their consideration of House changes to the original Senate-passed legislation. Both bodies would need to concur on the legislation before the session concludes.

Five bills were introduced as part of the governor’s prisons plan and justice reform. Four passed.

Alabama House speaker: Plan to fix prisons has been well thought out

Speaker of the House Mac McCutcheon on Monday expressed optimism that the state will address its long-neglected prisons.